If a Tree Falls in the Forest and There Is No One To Hear It, How Do You Know It Made a Sound? Because the Squirrels go Crazy

If they speak the “absurdities of their experiences” it might be said that they stayed too shallow for too long so as to mistake the bloopers for the movie itself.

This one, too, is a beaut, from the same chapter: “But a physical man does not accept the things of the spirit of God, for they are foolishness to him; and he cannot get to know them, because they are examined spiritually.  However, the spiritual man examines all things, but he himself is not examined by any man.” (2:14)

One gets to understand the other, but it does not work in reverse.

It is plain how “puffed up” they were by how the apostle leaned into them about the “wisdom” they appeared to be in love with:

“Let no one be seducing himself: If anyone among you thinks he is wise in this system of things, let him become a fool, that he may become wise.  For the wisdom of this world is foolishness with God; for it is written: “He catches the wise in their own cunning.”  (18-19)

True today as well, surely. If the “wisdom of this world” was worth the digital bits taken to print it, wouldn’t the world that it has collectively produced have more to show for itself?

The wise ones ponder appreciably Plato’s description of reality, that we see only the shadow because of the head restraints. But the lowly ones, workmen to the core, say: “Why don’t they just invent tin shears to cut through the restraints so they can turn around the see the real thing? It is not too much different from how Lee Chugg responded to the learned question: “If a tree falls in the woods and nobody is there to observe it, how does one know that it really make a noise?”

“Because the squirrels go crazy!” he would shoot back.

The founders of the faith, the 12, were “unlettered and ordinary.” They always remained so. (Acts 4:13) 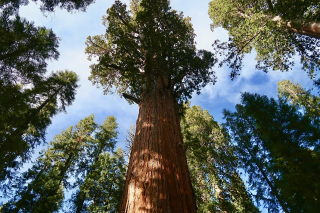