Inventing the News in Russia - to Jehovah’s Witnesses’ Detriment, But Maybe Everyone Else’s as Well

Okay, I get it. Religion is not a core concern with Russian State-controlled media, except for that of the Russian Orthodox Church—it perceives that its task is to guard “House Church” interests and to shoot down the “competition.” It is therefore okay to misrepresent, even to lie about, the other pathways of seeking God—especially those of the “new religions.” It does not harm the overall reputation of State-controlled media, so the thinking apparently goes, to deliberately cook up untruths about these groups and pass then off as “journalism.” I wonder.

The school guidebooks used by Jehovah’s Witnesses contain counsel points on ‘accuracy of statement.’ If you are speaking, and you make an error about even what is periphery to your point, someone will be sure to think: “Huh! He doesn’t know that?” From there it is only a tiny hop to “Maybe he doesn’t know anything else, either.” And here we are speaking only of a misstatement. We are  not speaking at all of a deliberate lie.

If you are a media outlet and you make a deliberate lie, doesn’t it call into question everything else you say about any other subject? Every so often there will be some report of a Christian refusing an instruction from his employer to lie, and getting away with it by pointing out: “If I will not lie for you, neither will I lie to you.” It is the same principle with faulty Russian reporting, I think. If they lie about such-and-such, who is to say that they will not lie about any topic they examine?

Russian State media—RT.com—told a whopper of a lie regarding Jehovah’s Witnesses some years ago. An RT journalist that I follow on Twitter encouraged me to select some stories more balanced, insisting that there were some. I turned down the offer. If you are trying to establish that Russian media is unreliable, it does not help your cause to point out that once in a while they do tell the truth on your topic.

Here is the example. I included it in the ebook Dear Mr. Putin - Jehovah’s Witnesses Write Russia:  See also the ‘safe’ version)

The three-minute 2009 video clip is entitled Jehovah and Out and the host is interviewing Audrey Zolovov of Russia Profile Magazine.11 The host asks why Jehovah’s Witnesses are targeted for possible ban because, after all, Russia is “pretty tolerant toward religion, isn’t it? I mean, the Hare Krisnas are operating on the streets of Moscow” and his guest says that ‘Well, he doesn’t really know.’ He agrees with the host that Witnesses are “annoying,” but also agrees that should hardly suffice as a reason. They do oppose blood transfusions, and that is very bad, but many fringe sects have similar disagreeable drawbacks. Maybe it is because they have a “very good organization.” After all, they are a “worldwide phenomenon,” he opines, as though expounding upon motive at a crime scene. He gives an example: several years ago, his wife went to a manicurist and he thinks that the manicurist must have been a “very important asset for that group because she had this captive audience for 40 minutes or so, while she was telling them about their religion. Of course, my wife stopped going to that manicurist as soon as she found out that she is being preached.” Of course! What loyal citizen would not?

Is it possible that RT.com can celebrate grownups behaving as such babies? Even if the Witness woman was tactless, something which is not alleged, an adult learns over time that there are many of such people encountered in life, and that you can handle them by making polite banter and if they become overly insistent, by telling them to shut up. You don’t send your husband to RT.com where he can relate how you escaped, only by the skin of your teeth, from an encounter with a scary monster like the one that would devour Caleb and Sophia. The Witnesses not only spoke to his wife while she was “captive,” but they also do “lots of these things.” As though conscious that his own complaint is silly, he further explains that the Witnesses have “a very very bad image, both in the media and among the public in general.”

In seeming determination to further that “very very bad image” and even add another “very” to it, the conversation takes place against a backdrop of crazies doing the most whacky things—bizarre cultish rites, pugilistic bare-chested fighting scenes, children in lock-step: very very weird scenes that have nothing whatsoever to do with the interview. Nor do they have anything to do with Jehovah’s Witnesses, as their most virulent critics, indeed, anyone who knows anything about them, will instantly attest. Will RT.com really treat its audience with such contempt? Are they working to cultivate stupidity among ones they seem to regard as a herd for them to direct? Or did they give no pre-thought to it. Is it an anomaly, and the producer merely said to an underling: “Hey, we’re doing a story on the Jehovah’s Witnesses. Run down to the lunatic bin in the storeroom and fetch some footage for me. Anything will do.” And will the Russian government outlet really treat the name of God with such contempt: “Jehovah and Out,” as in “Over and out?”

Ah well. It was some time ago. Maybe they have learned their lesson. Sigh...no.

ERR News is the English-language service of Estonian Public Broadcasting, run by a fully independent editorial team. On April 12, 2019, they told of “two employees of state-owned Russian TV channel Russia-1, entering Estonia on French and Italian Schengen visas, [and using] hidden cameras to gather material they then used to ridicule and demonise Jehovah's Witnesses. The Estonian Ministry of the Interior reacted by issuing a five-year entry ban....”

Furthermore, “trying to influence society by means of harassing different minorities is an integral part of the Kremlin's playbook. Jehovah's Witnesses are "persecuted and outlawed in Russia....The Russian state media occasionally make efforts to come up with an explanation for this fact. This typically includes reports where members of this religious minority are taunted, ridiculed and demonised.”

The clandestine reporters “entered a gathering of Jehovah's Witnesses in Tallinn without telling them who they are, and what they are planning to do. The material they gained at this gathering as well as at another, similar one in Finland was then used for Russia-1's news programme, Vesti, and aired on 29 November 2018.”

So Estonia kicked them out of the country for five years. That is what you do with liars. Good for them! They know what sanity is. The AP and the Washington Post picked up on and ran the story the next day.

I admit to not being expert on what media is state controlled and what isn’t, and what is the overlap. RT.com is state controlled. There are also others. This example caught by Estonia is apparently one of the others. I also get it that this is for local consumption only, not international consumption. Such shoddy “journalism” is instantly recognized for what it is internationally, but State media appears to feel it has every right to manipulate the gullible local public.

Will that happen with impunity? Time will tell. It may backfire on them. It morally should. It’s too bad. This writer finds RT.com to offer a refreshing contrast to Western media, which so often runs in a herd. But if they bend the truth so readily on their non-core concerns, who is to say they will not bend it on the core ones? One would think that if they want to safeguard their reputation, not only would these two journalists be fired, but more importantly, whoever put them up to it, as well—and the chain of command apparently reaches pretty high.

It is little wonder that Russia seeks to disconnect its internet from that of the rest of the world. Among the advantages to them will be to keep such slippery deeds hidden. However, does not that step alone disqualify it as a credible journalistic source? 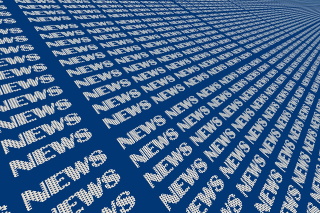 I’ve not been asked that before, Naomi, and tech is not my thing. I will look into it and get back to you via email.

Meantime, thanks for stopping by. Keep doing it, I guess, until I have a better answer.