‘Ruling as Kings Already Are You?’

“Some are puffed up as though I were in fact not coming to you. But I will come to you shortly, if Jehovah wills, and I shall get to know, not the speech of those who are puffed up, but [their] power.  For the kingdom of God [lies] not in speech, but in power.  What do you want? Shall I come to you with a rod, or with love and mildness of spirit?” 1 Corinthians 4:18-21

Let no one say that there is not authority in the Christian congregation. Paul was coming, and he was not going to be so easy hoing. He couldn’t just be blown off as a meddling outsider. He had some authority behind him. What other conclusion can one reach? This was an early stage of his wrestling with the “superfine apostles,” (2 Corinthians 11:5) comfortable local figures, “puffed up” over their Greek wisdom, probably, Corinth being a center of the culture. They wanted the apostle’s office but not his his work.

“You men already have your fill, do you? You are rich already, are you? You have begun ruling as kings without us, have you? And I wish indeed that you had begun ruling as kings, that we also might rule with you as kings.  For it seems to me that God has put us the apostles last on exhibition as men appointed to death, because we have become a theatrical spectacle to the world, and to angels, and to men.  We are fools because of Christ, but you are discreet in Christ; we are weak, but you are strong; you are in good repute, but we are in dishonor.  Down to this very hour we continue to hunger and also to thirst and to be scantily clothed and to be knocked about and to be homeless  and to toil, working with our own hands. When being reviled, we bless; when being persecuted, we bear up;  when being defamed, we entreat; we have become as the refuse of the world, the offscouring of all things, until now.”  4:8-13

They were comfortable. They were established. They wanted to keep it that way. They were ruling as kings now. They didn’t want to wait for any “appointed time.” Next thing you know there will be no appointed time. They wanted nothing to do with the showtime Paul was advancing—the one of trudging “through the dust” (the root meaning of the Greek word translated “minister.”) They didn’t want dishonor, hunger, thirst, mistreatment. They certainly didn’t want anyone to regard them as “the refuse of the world, the offscouring of all things.”

Next thing you know they would be arranging a paycheck for themselves. Since they were eloquent, maybe they could arrange for the “less wise” members to PAY for their preaching before the congregation and become pewsitters, and both of them thereby imagine that they are fulfilling an obligation to God. No, it is not hard to imagine oneself seeing the beginnings of a separate clergy class. 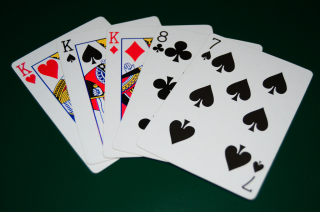