Home Archives Profile Subscribe
The Treachery of my Brother
The Inspiration of the ‘Serenity Prayer’?

Imagine, Nemo trying to spin it that they live high on the hog there at HQ! What is wrong with him?

During my years at Bethel, two GB members came down with pneumonia. Nobody could figure out why, because they had perfectly good space heaters for their pup tents. It turned out that, even though the temperature had been in the teens for days, they had kept them off so as not to waste dedicated funds.

Three of them got hand fungus from the hours they spent every day on foot-washing detail.

Two of them subsisted on honey and locusts. Four pressed their clothes with bricks so as not to waste electricity on ironing.

One of them winced when I said ‘hello’ and I learned afterwards that he only says “greetings” because “hello” has “hell” in it.

He winced even more and permanently injured his back carrying my bags to my room when I arrived, even though I told him I had brought my anvil collection.

One of them, when I had a flat tire, gave me a wheel off his car, and then had to walk through the sleet to the airport, where he strapped himself to a wing of the plane to save money and flew to Portugal to serve as keynote speaker there.

Still another one I visited in his tent, and he offered me a cup of coffee. As I sipped mine he diluted his to make it last longer.

These brothers make more self-sacrifice in a day than Nemo does in a year.

I got about a minute into the clip that Wilma sent,  maybe a minute and a half, and I noticed three things about it.

1) Nemo is extremely pleased with himself.

2) In his brief exchange about pants, where he somehow caught Bro Mo on the phone, (just THAT says something - that he takes a call from an unknown “brother” with unspecified concerns, instead of it being handled well down the line by some support staff) the latter comes across as warm, engaging, and not in the slightest bit full of himself (as Nemo DOES seem) - “No, call the branch,” he laughs, “and I’d better not see you guys wearing them,” he quips, and “You’re kidding me, right?” It was impossible not to warm to the guy.

3) Nemo’s cooing concern of how difficult it is for an ordinary person, such as he, to speak with a GB member (notwithstanding that he had just done it), as though an 8:000,000 to 1 ratio meant nothing at all. In fact, apparently it is an 8 billion ratio to 1 that he expects anybody to be able to waltz through, since he said at the outset that he is not among the 8 million.

The guy is too infantile to endure, and I got no further. I mean, this thing runs 17 minutes.

4) (Yeah, I know I said 3, but I thought of another) Wilma’s ridiculous assumption that she has landed a major blow. “Here’s one for you, TTH,” she says, with no doubt whatsoever that I am going to clear the calendar and patiently analyze it, doubtless running it through several times so that all of her insinuations sink in. Wilma, who I simply asked a couple of questions of, and who thereafter regarded me as her star pupil for a time, and expressed such disappointment when she found that it was not so. I mean, this is a very strange woman.

Jimmy: TTH: “The guy is too infantile to endure, and I got no further. I mean, this thing runs 17 minutes.”

The point is that that in 17 minutes I can read 20 times as much, without having to endure an unpleasant personality.

Jimmy: Doya think it might have something to do with your attention span being about a minute and a half?

No. I think it has something to do with his being that way.

Taunting me, when I mentioned that I read plenty of non-JW material, he asked: “Which of the three major atheist books do you find the most compelling?”

The shallow idiot. And I should watch him for 17 minutes when he is too lazy to put his information into written form, the way every intelligent person on the planet has done since the beginning of history? That’s why he is crying so about being denied the “right” to steal Bethel’s content so as to put it into his own framed context—he’s too dull to describe it himself as any credible chronicler must do.

I have you to do that, and following the thread with some less biased people who CAN suffer through it, I can pretty well piece things together.

Call it “forensic research.” Scientists do it all the time and we are called dodos if we do not eat up every word.

Okay, as for my only actual exchange with one of the GB, which I related in the ebook Tom Irregardless and Me:

"I once crossed paths with a member of the Governing Body, sort of. By odd coincidence, one of my pals has the same first and last name as one of that group. Only the middle initial is different. My friend entered Bethel around 1980 and later married. My wife and I sent him a card on his first wedding anniversary, and it was the Governing Body member who replied! He thanked us for our kind wishes, he related how he and his wife had been traveling, how they’d been to Australia for the District Convention, and then Africa - boy, he sure gets around for being just a year at Bethel, we thought. Funny, the wives’ names didn’t match. Ah, well – maybe someone has a nickname. How could we have known? Here is a Governing Body member taking time to respond to a card, writing a few chatty paragraphs to people he does not know, not willing to risk hurt anyone’s feelings. I mean, these are not pretentious people." 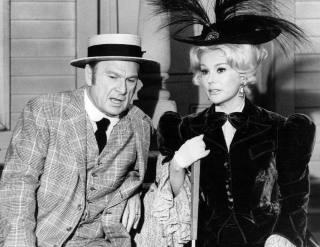