The 22 Town Squares of Savannah

A cotton grower in the 1800s had to wait 6 months to get paid. Export markets were in Europe, sailing ships were slow, and few growers could afford to wait so long as 6 months. A handful of financiers who came to be known as the ‘cotton factors’ loaned the money to tie them over, and took their cut from the final purchase price. For a time, those men were the richest persons in the world. 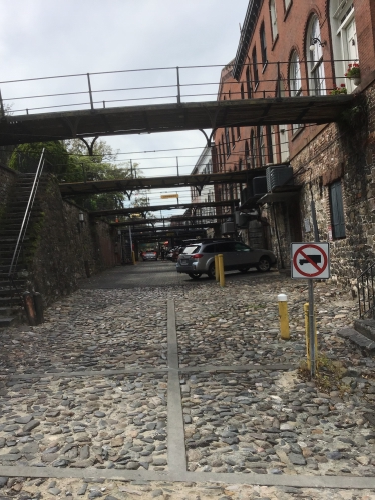 They perched atop the foot bridges and peered at the product in wagons below. Based upon what they saw, they made payment. They effectively set the worldwide price for cotton. Today it is Dubai that sets the price.

The back—or is it the front?—of the above buildings face the Savannah River and they were once warehouses for cotton. Today there are restaurants and shops, and tourism is the city’s #2 industry. 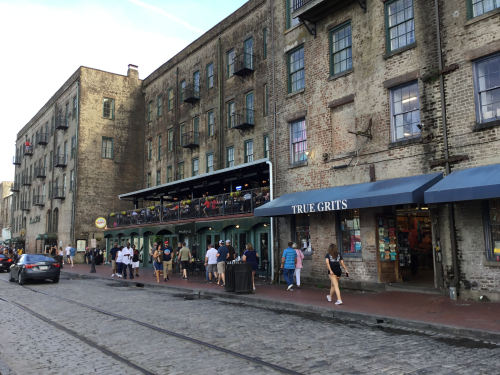 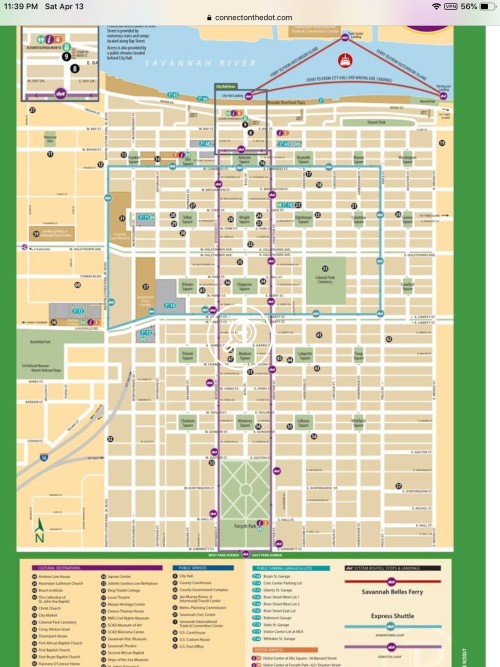 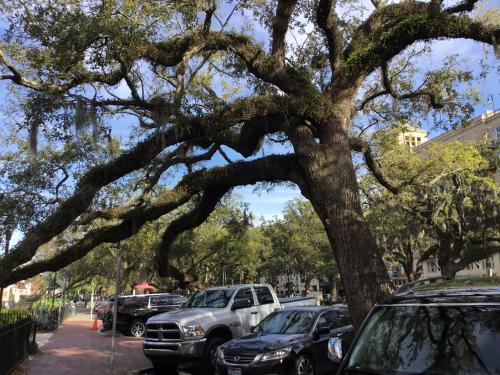 Calhoun Square is named after John C Calhoun, who never was president, but did serve as Vice-President to both Andrew Jackson and John Quincey Adams. It is unique among the squares in that, if you were to remove all cars crawling around it, the scene would be exactly the same as two centuries ago—that’s how well Savannah preserves its old homes. There were several other squares—even most of them, actually—that seemed to share that attribute to the untrained eye; Washington Square, for example, with a Federal style home dating to the early 1800s on one side of the square and an exact replica (dated 1989) on the other side. The statue of Stanilov Casmir, for some strange reason, is not in Casmir Square, but in Monterrey Square.

Colonial Cemetery might, at first glance, seem one of the squares, though a much enlarged one, but it is not counted as one. It has not even been a complete cemetery since Civil War times, because the Union soldiers camping out one cold overnight took to burrowing into the tombs for warmth and threw all the remains outside. 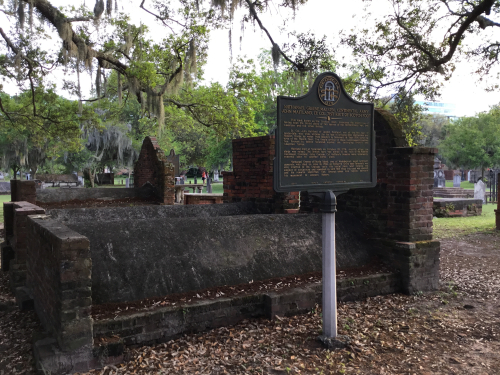 Savannah has been the setting for many battles through the years. It is described somewhere as a “necropolis”—a city built over the dead. The guide told us of one church in which the preacher preached long to the Confederate troops, and then the following Sunday, the very same sermon to the Union troops who had killed off the Confederate ones during the intervening week.

Take a trolley tour if that is in the budget. You learn much that way, and can visit individual attractions later. The day after we toured Savannah, Tiger Woods won the Masters in neighboring Augusta—a very good thing since everyone loves a story of redemption. The next day, however, Notre Dame Cathedral burned and its tall spire collapsed into the main structure—a very bad thing, since it had stood for 1100 years.