The Avatars of Second Life - Also First and Third

I came across a person through reading who spent all his time playing Second Life. It is a popular online game in which a player, represented by an avatar, interacts with other players who are represented by their avatars. There are hundreds of thousands of players of this game, and together they make up an online world, which they may occupy more than the real world. You can do everything in Second Life that you can in the real world, and a lot more, since you are unrestrained by inconveniences as family responsibilities, financial hardship, health or age infirmities, physical distance, or social inhibition. It is a dinosaur of a game in digital life—its heyday is past—but it is still played by many.

The man featured in the article I read was almost sixty years old. He discovered Second Life while recuperating from surgery. He plays it virtually every waking moment—as many as fourteen hours a day, said the article—pausing only for bathroom breaks. His avatar is a twenty-something muscular hunk, a vicarious representation of his actual sixty-year-old self. He develops shopping malls and creates designer clothes (in real life, the sixty-year-old works at a help desk). He is idolized by all his employees and when he logs on after a long absence, his workers all welcome him back and earnestly inquire as to his health. (I haven’t yet figured out why anyone would play Second Life and be an employee rather than a boss.) He has an online wife, a pretty avatar he met some time ago. They set up house, they work together, shop together, and do everything a married couple might be expected to do. In real life, he’s never met the woman and has no intention of doing so. In Second Life, they are inseparable.

Now, this fellow has a wife in the real world, and she’s not happy. “Leave this loser,” her kids urge her. It is the second marriage for both of them. But she sticks with her man, if he can really be called hers. He is a good man at heart, she maintains, who has been sucked into an online addiction. Someday he will wake to find he has squandered his whole life in a make-believe world. She brings him breakfast while he’s tapping away at the keyboard. Hours later she returns. “You didn’t touch your breakfast,” she says. “Oh, sorry. I didn’t notice it.” (This writer’s wife would dump his breakfast over his head at this point.)

Imagine—an online world so engrossing that some prefer it to the real world! Next to Second Life, Risk and Monopoly are mere—well, board games. Yet without too great a leap in creative thinking, one may view this life as though it were a second life, which would relegate the online Second Life to Third Life. For the Bible makes clear that this life is not the “true” life. Sickness and death are not part of God’s purpose for humankind. Rather, everlasting life is. An earth brought close to ruin by human activity is likewise not his purpose; a paradise earth, much like the Eden of Genesis, which literally means ‘garden,’ or ‘paradise,’ is. Neither is happiness marred by evil and suffering part of God’s purpose, but instead unsullied life under Kingdom rule is. We limp along as best we can in this system of things. Some find success and overcome obstacles better than others, but in the end, there is little difference between us. A mere few decades pass and all of us are senile and in diapers, en route to the grave. That is why Paul encouraged Timothy to: “Tell the rich in the present age not to be proud and not to rely on so uncertain a thing as wealth but rather on God, who richly provides us with all things for our enjoyment. Tell them to do good, to be rich in good works, to be generous, ready to share, thus accumulating as treasure a good foundation for the future, so as to win the life that is true life.”

How meaningful can life be in a system where ISIS, dementia, cancer, or simple human greed can snuff it out in a second? “Sayonara!” your longtime employer sings out, as he packs up for overseas. “Dust off that resume, why don’t you?  And those family and financial obligations you have? Fugedaboudit!” It is as Solomon says: he has seen footmen on horses and princes slogging through the mud. It is certainly possible to get satisfaction from life today, and most have to some degree. But many find it is like chomping down hard on cotton candy. Though it looked substantial, they ultimately find that there was never much there.

How short-sighted to throw off restraint and run to a place where no one can tell you what to do. There is nothing to stop one from doing so, but it’s a poor trade-off over the ‘restrictions’ of a godly life, which amount to little more than guardrails on a treacherous highway. Manipulation through human scheming in the form of Big Government, Big Business or contemporary philosophy ultimately take a toll far greater than any restrictions of the Christian life.

There is some basis in viewing this life, uncertain in every aspect except its ultimate end, as a Second Life, and your real self as an avatar. And perhaps some advantage. The joys of this life one can experience fully, if the character of our article is any guide. But the hardships that this life throws at you, things not within your power to fix, you may be better able to handle with an “aw hell, it’s just an avatar” attitude, which will be good for mental health. Like any board game or online game, this life comes to an end. You may have hotels on every square or you may go directly to jail—‘Do not pass Go’—but the game does end decisively for all. The true life, however, does not. Jehovah’s Witnesses live as happily as they can manage in this life. But it is the true life to which they look forward. 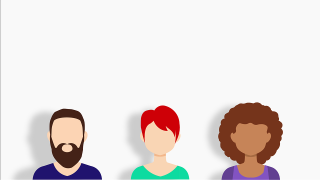