Home Archives Profile Subscribe
Lessons to be Learned re Child Sexual Abuse
‘Ruling as Kings Already Are You?’

Tweetstorm Over the Atlantic

Two or three days after the Atlantic storm I set my toe gingerly in the water with the following, expressed in the Twitterese language:

Elsewhere with leaders, ‘Yes on 3’ is the pattern.

That is the difference.

It can also be seen as reinterpretation of law after the fact.

I mean, somewhere along the line, when the dust finally settles, someone will note that whereas Jehovah’s Witness elders are accused of covering up child sexual abuse, their counterparts elsewhere, whether in religious organizations or not, are accused of committing it. With the child sexual abuse rate of Witness leadership so low, it is hardly likely that the rate of regular members will be disproportionately high. If it is painted that way, then the perpetrator rate of general society will be astronomical. Of course, we see that that is the case, and it is almost that you cannot throw a stone in any direction without hitting a half dozen molesters.

TYT: Keep telling yourself that Tom.  And keep diluting the issue.  Let’s stick to WT, as uncomfortable as that is for u.  The crimes of other companies has no bearing on the crimes of completely different companies.

But I told him that “diluting” was permissible because nothing is done in a vacuum. Though “critical thinking” may object to “raising a straw man,” a more reasonable generation ages ago once thought it axiomatic to always consider context.

TTH: The 5/19 WT (study edition) removes all doubt (call it reform) that anyone who knows anything about a CSA incident has every right to go to authorities & doing so brings no reproach on congregation. Therefore, ‘2 witness’ is irrelevant. It is internal only.

TYT: That’s hilarious how “apostates” had to move the curtain to reveal what was going on.  This would have gone on for eternity.  It still will.  This is lip service.  Still no apology for 1006 Aussies.  Refuse to participate in Say Sorry campaign down under.

He had a point. Why not acknowledge it?

TTH: It would be silly to deny what is said about apostates removing the curtain. Everything in life is action/ reaction. No different here. As changes are made, like that 5/19 WT, to remedy what they have spotlighted, one wonders if their opposition will lessen or intensify

But with one caveat:

TTH: The Aussie apology offered was rejected by victims as ‘too little too late’ & victims have also been very disappointed by the extremely low remedial rate of those who SAID they would abide by it. They have promised much in cooperation & delivered very little.

Someone else tweeted: Dude.  It’s a mind control group that claims it is God’s channel, as every fundamentalist group on Earth does. Shunning in groups is used for info control n nothing more.  hence, that’s the difference w/ whatever other CSA example u use.  At least u can leave and keep ur family.

The most abusive of the major players is Lloyd, though perhaps that is because we have already crossed paths enough for me to consider him my nemesis. He is certainly not the most abusive of the minor players. One of the Redditt latter said: “F**k you! Call me:” and then supplied phone and email. “It is not as though you have given me fine incentive to do so,” I replied. Did he seriously expect a response? What is it with these characters? One thing that will be said of my remarks is that I do not run anyone into the ground, I do not call anyone a liar, nor do I call anyone I disagree with a “disgusting human being,” as Lloyd does with me in a heartbeat.

TTH: It is the common mark of a zealot to demand full agreement in every particular and denounce anything falling short of that as evidence of “a disgusting human being.” It is common practice for such a one to slash & burn, while offering nothing in replacement.

LE: Tom, you stood up for Rutherford over his vile antisemitism, so it’s no surprise to see you standing up for written, documented policies that put children within reach of the most depraved of humanity. You are an utter disgrace. Thankfully, nobody’s listening to you.

TTH: It’s a little too soon to tell who is listening. You will probably never know, nor will I. There are many people in the world. They form & change points of view as new things comes to their attention. Nobody turns on a dime.

LE: As obnoxious as Tom’s sniveling apologetics for antisemitism and the cover-up of abuse may be, laced as they are with dishonesty, cowardice & a total abandonment of logic &  humanity, it’s hard not to pity him. He’s a boy in a man’s body trying to feel important.

He raised the antisemitism charge several times, apparently thinking that it got under my skin. It refers to a letter Rutherford wrote in 1933 to an infant Nazi government in which he assured them that Witnesses were apolitical and not a threat. He did not avoid derogatory stereotypes of the day regarding Jews. This was long before anything of the Holocaust took shape, and a former director of the Holocaust Museum in Washington, Rabbi Michael Barenbaum, has declared it insignificant to the overall picture.

TTH: Aside from those minor points I am actually very likable. And [I finally indulged myself] the anti-semitism charge is drivel, you infantile idiot.

I noticed some tweets had vanished and I am unaccustomed to seeing this:

LE: Ste blocked you due to realizing what I’ve known all along: that you’re disingenuous & bereft of reason & humanity. I’m entertained by you, which is why I’m not blocking you. Ste thought he could persuade you and has better uses for his time and indulging your brain farts.

Hmm. Could that be? Nah:

TTH: I didn’t come after him. In no way was I a troll. I have never had to block anyone in my life, even if they were not “entertaining.” No, I think it is for my first reason. [that he had tagged some journalists and now he didn’t want them to see answers to charges he had made]

But Lloyd told me that Ste blocked me because I was odious and that he “has the right to manage his social media experience,” as though his Twitter feed was an artistic tapestry that would hang from his living room wall for posterity.

TTH: Demonization & abuse of the ideological enemy happens everywhere. It is played out in many areas, most notably today (but not limited to) national politics of right vs left. It is a good thing to follow these other concerns, both sides, for it enables one to see the overall picture.

LE: Again, I’m not demonizing you. I’m merely giving you a rare dose of reality. You’re little more than an anomaly lurking in the Twitter shadows terrified of going public lest your elders give you a spanking in the back room. It bothers me not whether you wit or carry on, because—follows a gif of a Spongebob character: “Nobody cares!”

If there is one common thread in all of our interactions, it was that I was scared to go on his podcast (he taking for granted that it was a high privilege) for fear that I was “not allowed” and congregation elders would beat me. I think the goal was for me to think: “Oh yeah?? Well, they’re not telling ME what to do! What time is this podcast!”

TTH: I would say that writing two free books IS going public. The pen is mightier than the podcast, especially when the host of that podcast has an affinity for taunting gifs. I mean, how far is one going to get on such a podcast?

LE: As you know, the podcast invitation has long since been withdrawn now that I know how disingenuous and morally-bankrupt you are. And it’s cute that you think the public are remotely interested in your e-books, one of which lauds you as the self-proclaimed vanquisher of apostates.

Just how stupid does he think his followers are? He worked tirelessly to get me on his podcast and was as nice as pie until it finally dawned upon him that I was not going to take the bait. That invitation would reappear in two seconds if he thought that I would now accept it. He lives to shred those he opposes, and his followers both know and relish it.

After an interval, when he thought my back was turned (but it wasn’t) he tweeted to a chum:

LE: I love your ability to see the best in people but Tom’s not really a nice guy IRL or elsewhere. If you’re a “nice” JW and you discover Rutherford’s antisemitism, you keep quiet and chalk it down to human imperfection. Tom, on the other hand, defends & minimizes it. Nasty

Don’t misunderstand. I didn’t knock the ball out of the park. I think it is pretty clearly demonstrated that he can be a nasty piece of work, but that does not mean more will not side with him then with me, for the topic is nasty, the article is actually well-done, and the figures within are portrayed as ones who have suffered mightily in their unrelenting quest of whistleblowing. That sort of thing plays well today. Besides, he had already clearly shown his bullying tactics when he tweet-bombarded certain woman’s groups for 52 straight days with requests that they should denounce Watchtower for some counsel to women that he found disagreeable. He even kept hammering them after one of them said: ‘We’ll look into it.’ He even kept hammering after I appended my tweet to his: “It’s as though Lloyd says: G*d****t, ANSWER me when I’m talking to you!!” But he has tons of followers. There is considerable infighting in that community and I suspect his side puts up with his swaggering because he gets the job done.

No, I didn’t hit any grand slam home runs. On the other hand, I didn’t tell myself that I was going to. I simply appeared to present a contrasting take. Otherwise, the take is monolithic, and it is presented over and over and over again.

See: Child Sexual Abuse Storm On the 'Atlantic'    and/or

Lessens to be Learned

Included in the eBook; TrueTom vs the Apostates! 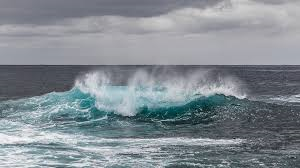