“Despite Whatever Way This Trial May End, Christensen is the Winner”

"Despite whatever way this trial may end, Christensen is the winner. He has not renounced his own ideas, even while being imprisoned for the course of two years. And he will continue to express them in the future, including in today's debates." (Anton Bogdanov)

Finally, Christensen himself spoke, through an interpreter:

"'The more often a lie is repeated, the more it is believed.' This sentence was spoken many years ago by one horrible person. I thought that in the 21st century such a thing is now impossible. However these methods are again being used against me and other Jehovah's Witnesses. In my case, the lie is the continuation of the activity of a local religious organization....I am often asked why they try to take Jehovah's Witnesses for extremists. My answer is: I do not know. I also did not hear an answer to this question in the court.”

[I did not hear it either. That is why I decided to supply them myself, along with how they might be defended, when I wrote ‘Dear Mr. Putin - Jehovah’s Witnesses Write Russia.’ Later, noting that the same lie about Witnesses being extremists is told in the West—and not for the same reasons—I decided to detail them and their rebuttal as well, in ‘TrueTom vs the Apostates!’

Both are free in ebook version:

Dear Mr. Putin is also available in extremist-free version. Few quotations in the original ebook are from Watchtower sources—even the house Bible translation has been changed to the New American Bible - Revised Edition, a Catholic translation. The two Mr. Putin ebooks are exactly the same, save for when a quote is taken from a Watchtower source. In the “safe” version, even if the words will be as innocuous as ‘God is love,’ I rip them out with the stern warning that they pose danger to the reader and have therefore been redacted.

Pay attention to which version of the book you read. You do not want to spend time in the hoosegow.] 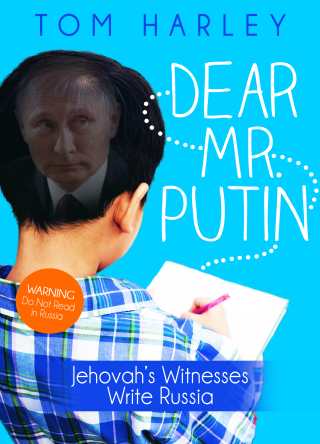