Home Archives Profile Subscribe
Unified But Not Uniform - Critical of the Presentations?
“Recently I went out with one of our elders and was a little disappointed when he was only delivering tracts.”

Q: My territory which is part of a large metro is uninterested and apathetic. Middle class suburbs that accomplished the American dream

Karen, you never know. Recently my wife and friend approached people at the service station. Her friend’s first contact was dismissive. So was my wife’s first contact. But the second person her friend spoke with said, “I think you must have been sent to me.” He spoke of his  16-year-old daughter who is trying to help a friend and it is starting to take a toll on her. “Well, we do have a website that offers a lot of practical help and...” my wife’s friend began and showed the magazine online Is Life Worth Living, which greatly interested the man. It turned out that my wife had a paper copy (they were working separately) and the friend sent her niece (they were a threesome) back to see if the fellow wanted it. (He did) “I know how hard it is to be 16,” the 16-year old niece said.

The day prior my wife was making return visits with another sister who didn’t have any so my wife was pulling out all the stops. Being right in the area, she stopped in where a once seemingly interested woman had told her not to return because the boyfriend was opposed. “Maybe the creepy boyfriend has moved out,” my wife said. She spoke with the woman who answered the door, and got a puzzled expression on her face, and my wife realized that both of them had moved out and this was someone new. So she explained what she had been doing and the woman told her that her husband’s friend had just taken his life. This, too, made the magazine Is Life Worth Living? just the right food at the right time.

These experiences are many. Don’t assume that the fancy suburbs are immune to them. They are not. The facades just hide the problems inside.  Do what you are doing, friendly as can be. If it is safe, work alone from time to time, with a companion just within sight, or even all by yourself—it helps you think of your ministry and nothing else. Don’t worry about English being your second language. If anyone puts you down for not being polished, agree with them. It is ordinary people that make up the congregations. It always has been. “For you behold his calling of you, brothers,” the apostle wrote at 1 Corinthians 1:26, “that not many wise in a fleshly way were called, not many powerful, not many of noble birth.” Say to whoever you must: “It would be nice to have sent someone smoother, but they are not available, so you are stuck with me.” :)

What does the greater world have to offer on these matters? What might it reply? That there are agencies? That there are anti-depressants? People routinely fall through the cracks of sieve-like agencies, and they do not necessarily help long term (and sometimes even short) even when they are firing on all cylinders. What people need is a fresh way of thinking to help them cope, and a source of power greater than themselves. They may or may not grab hold of what we offer, but it is certainly well to offer it.

The JW year text for the present year is Isaiah 41:10: “Do not be anxious, for I am your God.” The year text of the greater world? So far as I can tell, it is “S**t happens. Maybe we can hold someone accountable and make them take responsibility.” I like ours better.

Last year it was “S**t happens. Maybe we can vote out these current turkeys and vote in a new crop of politicians who will fix things.” I forget what the JW one was for last year, but I do remember that I liked  it better. 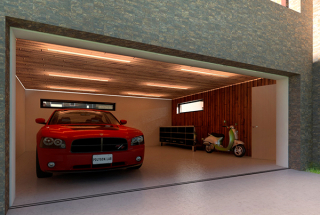