Home Archives Profile Subscribe
A Brand New Category: Skirmishes - Just Like in the New Testament
Skirmish #50017: “I see that you not supporting this [dumbing down] trend in Organization, but that is how it is

I never comment on what the lawyers are up to because it is a tangled mess that they must operate in where justice does not necessarily prevail.

In a real forum for establishing truth, you lay out each and every fact, in no particular order, without regard for whether it makes you look good or not. If you do that in the courtroom modeled on the adversarial system of justice, your adversary sifts through the facts, seizes the one most to his advantage and your detriment, and beats you over the head with it.

Is it not so? Anybody who has ever watched a lawyer show on television knows it. Lawyers themselves know it. “Anyone who acts as his own lawyer in court has a fool for a client,” they say. Why would they say this were it not common knowledge that there are endless headgames and intrigues played out in the courtroom, and anyone who does not know how to play the game gets his head handed to him on a platter.

In many areas, a significant conflict of interest is enough for a person to be removed from the venue. In the field of lawyers, it is the name of the game.

I would prefer my case heard by a judicial committee any day. No, they are not perfect. It is just that they have a better track record than the alternative.

I would prefer my case heard by a judicial committee any day. No, they are not perfect. It is just that they have a better track record than the alternative.

The only reason I did not "upvote" TTH's excellent post was this quoted line .... as my experiences and observations have been quite different.  Congregational trials disallow representation, recordings, witnesses to the proceedings,  or transcripts, and are held in secret, and the results often secret as well....I was the subject of a Congregational Committee Trial once, and the three judging me REFUSED TO TELL ME THEIR NAMES.

If I edit it out, can I count on your ‘like’? It is just a little blip tossed in at the end anyhow—hardly the main point. And I do like likes.

I was the subject of a Congregational Committee Trial once, and the three judging me REFUSED TO TELL ME THEIR NAMES.

Are you sure that you didn’t just leave your hearing aid home that day?

Look, in the entire big wide world of theocratic doings, I would never say that such and such could never happen. What I can say is that it is nothing of which I have ever heard. Even Mark O (who blocked me), who cries how people are after him, even “high-level” people, and who is victim prima dona in some circles, does not allege that anyone is unnamed:

In view of your astonishing disrespect and never-ending tirades, perhaps some extraordinary measures were resorted to, but even then, I can hardly imagine it. Why in the world would they withhold their names? It is not anything that we do. UNLESS, in view of your open enthusiasm for carrying weapons—extremely ususual for Jehovah’s Witnesses, even for hangers-on—they began to fear, rightly or wrongly, that they might be risking life and limb to be more candid. I mean, in the courts of law that you revere, steps can be taken to protect ones thought to be at risk from suspects supposed violent. Not so in the congregation, where they are unlikely to try to enlist a cop should they fear that someone might get ornery.

When I worked a part time job that attracted some oddball characters, and my immediate supervisor was fired (for explosively angry speech in front of all the customers), I later tried to get his job back for him—it was a crummy job and they used him shamelessly—‘the most selfish company in the world,’ one former manager told me, but it was all he had. Much as they liked me, they wouldn’t hear of it. They had locked down the HQ office for a week after firing him, fearing reprisals that never came. They were not necessarily overcautious to lock it down, either, for he did have a violent temper. He had legitimate things that could provoke it, but that does not mean that he didn’t have it.

It is just speculation on my part to apply parallel perceptions to you, but in view of your love of guns and the crass way you sometimes express that love, it is one way to explain something that is otherwise inexplicable.

If so (and if it is not this, it will be for some other good reason, because I have never heard of such a thing as unnamed judges, even though I have been around forever) it is rather like drawing a foul in basketball. Or it is like ones who carry on so outrageously that authorities finally deal with them with some harshness, after which they scream at how they—lovable, harmless they—have been viciously attacked for no reason at all.

I think of arrangements in the Mosaic Law of various penalities for various offenses—if you had done this, then you were to do that as a penalty and recompense. But if you blew off the whole arrangement as nothing and simply refused to comply, you were put to death. I can picture allies of the offending lout back then misrepresenting matters as though it were someone being put to death for a relatively minor offense, whereas it was really being put to death for contempt toward the arrangements that God had put into place through Moses.

Perhaps something akin to this was active in your case. I would not be surprised.

***
Okay, time’s up. I am not rescinding that part of how judicial committees are superior to the world’s system of justice, even if you give me 100 likes.

I mean, you must really really really give them a run for their money, if you are even the slightest bit there as you are here. Yes, maybe they should exert superhuman effort to discover that beneath your incendiary manner, there lies a loveable fuzz ball. However, I have exerted such effort and even i could not swear that it is the case.

”A better adjudicator.you never will find.

If I was a grumbler

who’d seen it all,

being hailed by opposers

both great and small,

or carry on as if my home were in a tree?

Would I run off at the mouth, not knowing where I’m going?

WELL, WHY CAN’T THIS YO-YO 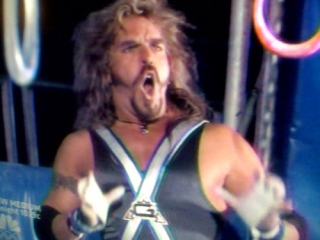