Home Archives Profile Subscribe
At the Erie Canal Museum - Syracuse NY
Q: But be serious on this one. Surely the Stock Exchange is still gambling ?

Don't get me wrong. I'm not judging. God does that to all of us. What I do is give an honest observation (assessment) on the behavior of others.

You don’t even know that the people you are arguing with are sane. You don’t even know for sure that they are people. Maybe they are bots like those the Russians supposedly employed on social media, so as to get people enraged at each other and then they could say “See how much better our form of government is? We don’t have these kinds of lunatics running around in the wild.”

If you are going to engage with opposers on social media, there are a few points to keep in mind.

1.) you probably shouldn’t. It is not for nothing that the Witness organization is guided by Matthew 11: 19, effectively “they take shots at you no matter what you do so pay them no mind—just put the pedal to the metal.

2.) you will ultimately lose. You must be prepared to yield the final word. This is because they do not give up and the only way you can match that record is to become petulant and argumentative yourself. They post so many comments that the average person rolls his eyes and bypassed most of them, searching out (if interested enough) either your book or theirs to judge who makes the better case. I have no problem with that. I also have no problem with knowing that the judgement will not necessarily fall in my favor. I mean, not to equate the two, but it certainly didn’t in the first century time of the apostles.

3.) you somewhat negate that if you have a huge body of relevant work that you can link to, effectively answering their 50 words with your 1000. It has a way of discouraging trolls.

4.) You cannot let yourself be goaded. It is your greatest weakness, imo. Sometimes you start out well, but when they talk back (which you have to know they will always do) you get madder and madder and MADDER until you leave a trail that, regardless of whether it is true or not, comes across as the very opposite of the way Jesus dealt with people.

5.) You must be like me, who never ever trolls and who merely confines himself to the dignified use of internet resources in search of fatheads to set straight.

Do you find enraged elephants here and think that you have to slay them? Another way to handle enraged elephants is to bury them in an avalanche of other elephants. That is what this forum serves to do. Even regular participants like myself find it impossible to keep up. Even my own stuff penned here I also put on my own blog because that is the only way I can find it again.

If the regulars can’t keep up, who else is going to? If someone says something substantial here or there, it is quickly buried amidst so much crap that it is impossible to find again—nobody but the most resolute nerd would have the patience, and should he find and spotlight it nobody pays any attention to him because he is a resolute nerd and everybody knows it and only other resolute nerds pay any attention to him.

It calls to mind when that pompous scientist/philosopher/cheerleader/atheist Alanh wrote: “I call everyone to witness that TTH has not answered my question.” “It’s just you and me, you idiot,” I retorted. “What! Do you think that you are Clarence Darrow in Inherit the Wind?”

It is inherently easier to defend something you think noble than it is for others to attack it. The benefits of the Christian teachings serve to strengthen resolve and to unbuild one, but what are the benefits to one who would tear it down? “I gotta be MEEEEEE, I gotta be FREEEEEE!!!!” only goes so far. That said, if I thought that my words here were solely for here and only here, I would not be able to motivate myself to write them. 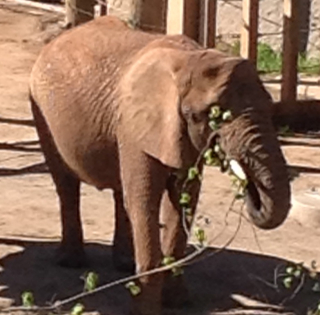