“There has also been another book by Greg Stafford, who might no longer be a JW.”

Who is this guy? Opposers have likened me to him.

“Perhaps his book is on Amazon.com, and the reviewers may have commented on who he is (was?).”

You know, that’s not a bad idea. I went there.

He has a couple of books on ‘defending Jehovah’s Witnesses.’ I guess that I should applaud, because I claim to do the same, but I find books like these such yawners (granted, I have not read his) because they defend only in a doctrinal sense, whereas I like to believe that I defend in a more practical and strategic sense. These guys give the impression that they know the Bible and nothing else. First thing you know, their head has grown so big that they almost come to believe in themselves as the faithful and discreet slave—they have pointed the way and the supertanker organization doesn’t follow. Disgruntled, off they go as the True Light unheeded. In time, they are launching vicious attacks agains the hand that once fed them—the very place from which the learned the truth in the first place. (Wilma strikes me as one of them)

It is a shame that you are such a blowhard, James, because I rather like complaint of being Gog and Magogged to death. Exactly. You know when there are things “too great for me.” So do I. You don’t think that from your Appalachian still you are going to be emanating cutting edge scholarship. You wait for someone else to say it, and then you ask yourself, ‘Does it hang together.?’ If only you would learn to put things on the shelf when you suspect they do not rather than go all insolent (brazen) online over it and denounce everyone not doing what you think they should.

Greg apparently devotes chapters to ‘disproving’ the Trinity. It is ridiculous. You can’t disprove it. The trick is to show that, since the doctrine defies common sense, the burden of proof is on their adherents to show that it is so. The default position favors the Witness. With very few exceptions, all ‘proof’ of the Trinity is based on taking literally certain passages which, if they were spotted anywhere else, would instantly be dismissed as figures of speech. I can picture these yo-yos reading of ‘crocodile tears’ and seizing upon it as proof that the writer is a crocodile.

There are other Greg Stanford books on Amazon, too. they are of subjects that could represent the real one having gone over to the dark side. Or maybe they are a relative. Dunno.

I did contact him many years ago via email when people began to say of me that I sounded like another Greg Stanford. I asked who he was and he told me (then) that he was a Witness in good standing. 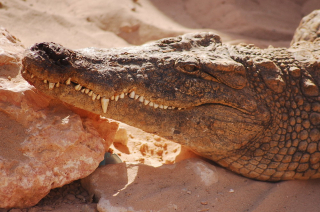