Home Archives Profile Subscribe
One Dud of a Hall Here Can Buy 100 There - the Kingdom Halls
“Now, I finally want to express special thanks to those who helped and supported me during the last 2 years of this criminal case:”

The present policy of God’s organization is not to “taste” apostasy. I would never say that that is wrong. In fact, it is all but required by the Scriptures, such as at Matthew 11:19–they criticize you no matter what you do, so pay them no mind, and press full speed ahead. Or “Let them be. Blind guides is what they are.” That is why I am a bad boy for hanging out where I do.

However, just because a policy is right does not mean that there may not be a downside to it. As it is, many of our young have succumbed to the oldest temptation in the world, going where they have been advised not to, like the cat that curiosity killed. There they find material that they have never seen before. It is material that is mostly misrepresented, but they do not see how—some of it is presented convincingly.  It strikes a chord with some of them.

Ideally, parents or other older ones should be able to show them how it has been misrepresented and what is wrong with it, but they cannot because they don’t know what is there themselves—they have not “tasted” apostasy. That’s why I could see Ann’s point when she said that she kept on top of “apostate” things, lest one fine day her teenage son ask about them and she is not able to do more than say, “Don’t go there!” which the opposers unfailingly spin as evidence of trying to keep the kid in a “cult.”

As it is, last I heard, the kid is happily serving as a regular pioneer, has never displayed any interest in such things, and says: “Mom, what’s with all this weird stuff that you read?” But he is not everyone.

The reasons that some will turn aside are plain as day, clearly stated. Sometimes one could wish they were specifically applied to the courses different ones follow:

For there are many, I used to mention them often but now I mention them also with weeping, who are walking as the enemies of the torture stake of the Christ...[who] have their minds upon things on the earth.  (Philippians 3:18-19)

Look out: perhaps there may be someone who will carry you off as his prey through the philosophy and empty deception according to the tradition of men, according to the elementary things of the world and not according to Christ; (Colossians 2:8)

...in order that we should no longer be babes, tossed about as by waves and carried hither and thither by every wind of teaching by means of the trickery of men, by means of cunning in contriving error. Ephesians 4:14

Don’t allow these malcontents to raise straw man arguments, [for whom a character in my first book, Tom Irregardless and Me was named ‘Bernard Strawman’] for example, making a huge fuss over JW understandings that have changed over time. To one such grumbler who grumbled over one such understanding, I answered: “They changed that. Where were you? They are very open about it, calling it tacking or light getting brighter. It is only you that try to spin a conspiracy out of it. It is not a piece of cake looking at the future. Look how many climate change predictions have proven wrong.” Such grumbling is but muddying the waters. The fundamental teachings of Jehovahs’s Witnesses have been in place for well over 100 years—from their beginning.

It is the divine/human interface that is always going to be the problem. This was even true with Judas. He and God were tight. There were no problems there! But this upstart who claimed to be the Messiah—he was not to Judas’ liking at all. And those bumpkins that he was attracting—don’t even go there. None of the respectable people at all were buying into Jesus. “Not one of the rulers or of the Pharisees has put faith in him, has he?” said the Pharisees. “But this crowd that does not know the Law are accursed people.” (John 7:48-49)

Nicodemus tried to stick up for him, but he got shot down: “Our law does not judge a man unless first it has heard from him and come to know what he is doing, does it?” he asked. “In answer they said to him: ‘You are not also out of Galilee, are you? Search and see that no prophet is to be raised up out of Galilee.’” It is a slur. Galilee was out in the sticks, where all but one of Jesus’ twelve disciples came from. Only Judas was from cosmopolitan Jerusalem.” 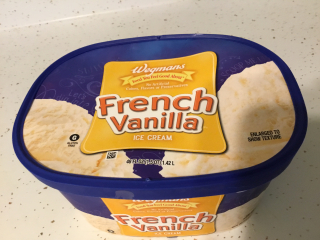 Posted at 09:17 AM in Apostates, Discipline, Opposers, Organization | Permalink | Comments (0)