Home Archives Profile Subscribe
“I Can’t Believe They Joined That Cult!”
“Why so much foul language? I don't see how Jehovah can approve of that or the necessary disregard for many of the friends' consciences.”

The Russian Brothers are Doing Very Well, Thank You Very Much

What Witness of Jehovah could not think of their brothers in Russia when reviewing Philippians, this week’s Bible reading?

The imprisoned Paul writes: “Now I want you to know, brothers, that my situation has actually turned out for the advancement of the good news,  so that my prison bonds for the sake of Christ have become public knowledge among all the Praetorian Guard and all the rest.  Now most of the brothers in the Lord have gained confidence because of my prison bonds, and they are showing all the more courage to speak the word of God fearlessly.” (Philippians 1:12-14)

It is the case with Witnesses in Russia, isn’t it? They are holding up pretty well, by all reports—it can be seen in the public support they give to ones punished by the state for their worship of God. As in the first century, “most of the brothers in the Lord have gained confidence,” trial-some though their circumstances are. We are proud of them, and even wonder whether we would do so well ourselves. ‘Don’t think that you can do it on your own strength,’ comes the answer, ‘and you will do fine.’

The anti-cultist mastermind, Alexander Dvorkin, did not foresee it happening this way. Just after the ban went into effect in April 2017, he was “absolutely convinced that after a few years, the number of members of the organization will decrease dramatically, two or three times, because, when one cuts off its financial foundation, its ability to freely, without hindrance, recruit other people, to rent large halls and so on, then, in fact, people will lose interest and will very quickly disperse.” Now, two years is not “just a few years,” but it is not so far apart. He did not say “generations.” He expected his results rather quickly, and it is not turning out that way at all.

One is reminded of Satan’s taunt: “Is it for nothing that Job has feared God?  Have you not put up a protective hedge around him and his house and everything he has? You have blessed the work of his hands, and his livestock has spread out in the land. But, for a change, stretch out your hand and strike everything he has, and he will surely curse you to your very face.” (Job 1:9-11) It isn’t working out that way. Our brothers in Russia are doing us proud.

Human rights advocates widely predicted that this would happen—it is not a circumstance solely of Jehovah’s Witnesses, but of people in general who are concerned with spiritual things. Similar fortitude is shown in other faiths as well. It is Dvorkin who, fleshly man that he is, totally misjudges the power of spiritual things to motivate. “But a physical man does not accept the things of the spirit of God, for they are foolishness to him; and he cannot get to know them, because they are examined spiritually,” says the apostle again at 1 Corinthians 1:14.

He drinks too much of his own Kool-Aid, and thus, when things fail to turn out as he anticipated, it is due to his own self-deluded assumptions. Dvorkin is playing the role outlaws of religion have played from before he was born, using state apparatus to squash enemies, and doing so under a guise of People’s Protector. His premise is wrong: that individual Witnesses are being “manipulated” by an evil corporate outside class. Instead, the ‘outside’ class IS them, merely in the organized form that members know is necessary to best implement the faith that they have chosen. They are not like the munchkins of his imagination, delighted that the wicked witch is destroyed. They recognize his attack as the attack on Christianity that it is.

We see this all the time—enemies impose their own standards on spiritual things, and then draw wrong conclusions when things do not turn out as they have anticipated. It is seen when they make the self-determination that religious things cannot change, as secular and scientific things do, and that should Witnesses see that some teachings have “flip-flopped,” they will be outraged at having been “misled.” How can people be so nuts? They change all the time—it is called “tacking” and the “ever brightening light”—completely above board and nobody has ever said otherwise.

Still, the changes that are made are analogous to details, roughly akin to looking at the map anew and rereading it. It happens all the time with science. Somehow, physical people have decreed that it cannot happen with spiritual things. Of course it can. It is their own presumption of everything religious being autocratic, ironclad, and unyielding, that stymies them. It may not be so fluid—‘to each his own!—as the world they have chosen, but it is far from inflexible.  Moveover, the essential building blocks of the faith—defusing the ‘immortality’ of the soul, establishing the non-Trinitarian nature of God, the reason as to why he allows suffering and evil, along with the Name that he says he wants sanctified—these things have been firmly in place for over a century.

The Russian brothers are doing very well, thank you very much—“in no way being frightened by [their] opponents. This very thing is a proof of destruction for them, but of salvation for you; and this is from God.” (Philippians 1:28)

“Surely the people are but green grass. The green grass dries up, The blossom withers, But the word of our God endures forever.” (Isaiah 40:8) So. Dvorkin thinks he will kill off the green grass, like a dog peeing on it? Time will tell. So far his dream is not coming true. 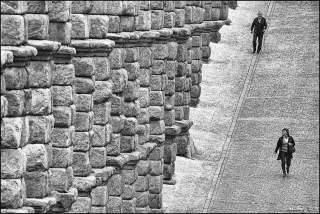