I had someone contact me via email, trying to get me going, saying he was “physically in, but mentally out.” And—here’s the kicker—he said that after he placed literature he would later return to warn the householder not to read it! Or if he did, not to act upon it. Now, just let me get a mental picture of how that might go down:

Why did he place literature in the first place? He is “a member of a controlling cult that monitors everything he does, and so he has no choice!”—I guess he would have to say something like that. And they “control” him by threatening to take his family away if he doesn’t follow every “command” that they issue! It is too late for him, but not too late for you, Mr. Householder. Run and save yourself!

Really? Could that truly be?

Look, if you want to present the picture that opposers are loony-tunes crazy, I can’t think of a better way to do it. On Christmas Eve, he goes to homes to sing Christmas carols. On every other night, he goes to sing Hotel California:

‘You can check in any time you like—but you can never leave!’

or House of the Rising Sun:

or For What it’s Worth:

‘step out of line, the men come to take you away!’

He also said, (with a hee hee hee) that he was one of thousands! Could that be? Or is his army like that of Gideon, making such a god-awful racket that they seem far larger than they really are? Or is it just him? Or is it not even him—look, going door to door for even the right reason is a challenge—but to go twice to say that you want to take back what you said the first time because you are actually an undercover guerrilla fighter—when the householder wasn’t all that interested in the first place? What kind of a nutcase could pull that off?

No matter. I don’t run away from these things. I run toward them. I think of the Philippians verse:

“True, some are preaching the Christ through envy and rivalry, but others also through goodwill. The latter are publicizing the Christ out of love...but the former do it out of contentiousness, not with a pure motive, for they are supposing to stir up tribulation....What then? [Nothing,] except that in every way, whether in pretense or in truth, Christ is being publicized, and in this I rejoice.” (1:15-18)

The object is to get the good news out there, and these unhinged nutcases only help the cause. To be sure, it is a strange way to get it out there, but it does get it out there. The whole program is strange, as I told one fellow trying to run a garage sale that no one was showing up for. Appear out of nowhere as a complete stranger and say you want to talk about God? Christians are a theatrical spectacle in all the earth, says Paul. Tell me about it.

Nor am I ashamed that there are so many “apostates.” I am proud of them. I consider them additional proof that what JWs have fulfills the Bible pattern. If we didn’t have any—that would be a test of my faith, for I would wonder why. There is no New Testament writer who does not deal with apostates. If they existed then, why would they not exist now? In fact, as we get closer to the time, you would expect them to be more numerous and virulent, and would wonder what was the problem if they were not.

To be sure, many Witnesses run away from these things—it has been the pattern. The time may come when they will tackle them head-on. Opponents are having their day in the sun—beyond all question they have thrust awkward, even disagreeable, aspects of JWs front and center on the world stage. I take my hat off to them. Well done! That is not to be confused with personal admiration. It is more like when the Jurassic Park security chief praises the pterodactyl circling round to pounce on him, ‘Good girl!’ just before being eaten alive.

Will the beasts do the same this time? I think not. We are used to presenting the gem of the Christian way of life through it’s most appealing facet. Let us learn to present it through it’s least appealing one. It is the same gem. “The game is the same, it’s just up on another level.” That’s the song we should be singing—leave it to the lunatics to sing Hotel California!

The trick is not to try to sanitize the present. It is to de-sanitize the past. It is to say of Peter, ‘He is the most prominent one, and yet he cowers like an adolescent—his action can be (probably was) painted as the ultimate in hypocrisy! Once the Jewish Christians show up, he avoids company of the Gentile ones? And he is given the keys to the kingdom? Yes. That is how it is. God uses people despite phenomenal weaknesses.

Transport it to the present day. We have people who did not avoid the trap that everyone else has fallen into. They wished not to advertise their dirty laundry—and to carry on as though they had none. They did it for perfectly understandable reasons—for fear of tarnishing the Name that they tried to stand proclaim. But they did it. The fact that they alone sought to investigate an evil in order to mete out discipline and protect other congregations does not matter.

They can ‘reform’ in the eyes of the reasonable world, and likely have done so even now, with various tweaks culminating in that May 2019 issue. But they will never ever reform enough in the eyes of their virulent detractors. At some point, perhaps they will take on detractors more openly—judiciously, and not so as to satisfy the detractors, which cannot be done, but to offer a defense of the Christian way to those whose ear the detractors have gained. This is what you want to be writing your books about, Greg, not arguing over the Trinity.

In other words, the things that detractors paint as sordid are exactly the traps that well-intentioned and imperfect people who are ‘insular’ (no part of the world) could be expected to fall into. We’ll learn, where necessary, to present the truth through this facet so easily spun as a negative.

It is the same with disfellowshipping, which opposers (many of them disfellowshipped themselves) have made into a monster issue, and in this age where ‘victimization’ is all the rage, have thrust it into the public eye. Keep it there where it belongs. Don’t try to skulk away from it.

Jehovah’s Witnesses are a faith that adherents take seriously. If you don’t participate, even if you stop, that does not create ripples. If you turn 180 degrees and flame what your family holds most dear, that probably will. The scriptures “tell” congregation members what to do in that event. Leadership merely alerts to those scriptures & afterwards their job is done. It could be tweaked—has been already— but any competent leadership would know of the same verses & principles behind them. Most people will have little difficulty in accepting that if you persistently by word or deed refuse to conform to the standards of any group, you may find yourself out on your ear.

The malcontents who carry on that ‘if it is not perfect, it is filthy’ would not have lasted two minutes in the first century. They would have honed in on the ill doings of those Revelation 2 and 3 congregations and started screaming back then just as they are screaming now. 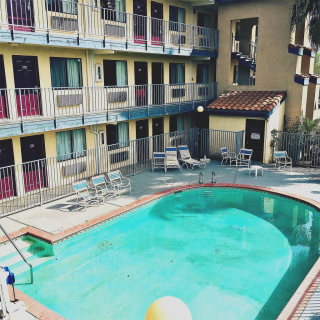 Photo: welcome to the hotel California, by askpang