Letter Writing in the Ministry

There it is again. An experience of writing letters containing “some comfort from the Scriptures.” Here is from the recent Watchtower article on ‘Show Fellow Feeling in Your Ministry.’

A letter was well-received in this instance of a family whose child had died.

“‘I was having a horrible day yesterday,’ wrote the bereaved mother. ‘I don’t think you have any idea what impact your letter had on us. I can’t thank you enough or even begin to describe how much it meant to us. I must have read your letter at least 20 times yesterday. I just could not believe how kind, caring, and uplifting it was. Thank you from the bottom of our hearts.’”

And to think that there are some malcontents who have all but popped a vein over things like this. Well, it would be a little odd to get such a letter out of nowhere, but most times it is seniors who write them—ones in poor health who don’t get around anymore as they once did. Ideally, this also gives then a certain empathy that a younger person might not have.

Look, it’s because the soreheads view it as “recruiting” that they have a cow over it. It isn’t. If you take it at face value, you’ll be fine. You may not frame it and hang it on the wall—more likely it will be tossed quite soon—but neither will the blood pressure soar.

I can’t quite recall whether I have ever done this or not. I don’t think so, but it is possible. What I do recall is that in the mid-seventies, when the Awake! devoted an entire issue to the subject of depression—back when the topic was seldom breached in public, as though it were something shameful—that I was so impressed with that issue that I sent a copy to all the psychiatrists in the phone book. One of them responded—to point out that his own research had been included in the magazine. 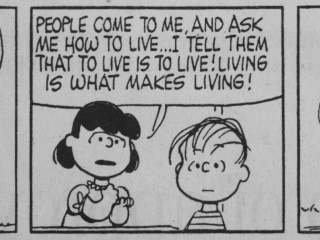 Posted at 09:49 AM in Jehovah's Witnesses Ministry | Permalink | Comments (0)