Home Archives Profile Subscribe
“Why so much foul language? I don't see how Jehovah can approve of that or the necessary disregard for many of the friends' consciences.”
Talk: (5 min. or less) w04 5/1 19-20 ¶3-7—Theme: How Were Certain Christians “a Strengthening Aid” to Paul? (Col 4:11, ftn.) (th study 7)

Oh, come on. Let me drag in my arch-porkchop again.

I think of that overdone drama of a few decades back of Zena, who resisted every word of counsel from Moses and everyone responded with such bland remarks as ‘Oh Zena, Zena,’ while shaking their heads in dismay and disappointment at her bad attitude. Were it a video version, she would be making that ubiquitous Witness hand-wave, seen in all dramas, that means ‘Get out of my face!’

Of course, she goes down with the scoundrels when Jehovah opens up the earth, to cries of ‘Zeeeena! Zeeeena! Oh....Zeeeena, no no no.  (Numbers 16:32)

It will be like that in modern times. The call will come to ‘go but for moment into the interior rooms until my denunciation passes over.’ Everyone will rush in their to take cover, but JT will bellow, “What for? I’m not going anywhere! It’s stuffy in there! I quit the best job I ever had in 1975! No more! Who do they think they are?!” and I will be crying to the last ‘Jaaaames! Jaaaaames! Oh......Jaaaaaaames, no no no (you old porkchop)’

For whatever it’s worth, here’s an interesting item of history that I read from Professor Allitt: American’s so readily bought in the stories about the ghoulish & inhuman doings of ‘the Huns’ in WWI, which proved to be mere concoctions, that when stories emerged about atrocities toward the Jews in WWII, some said, “We’re not falling for that again!” and thus they were “wrong twice.” 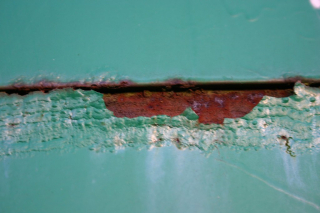