“I know several people who rose in their employment far beyond what their qualifications and education would have seemed to permit. When I investigated, I found that it was because they had deliberately made themselves indispensable.

“Aw, man, I can’t believe I left my parchments at my apartment,” someone would say. He (or she) would volunteer to get it. “Rats, I left my cloak in the car,” another would say. “I’ll get it,” was his reply.

Of course, those are Bible examples from 2 Tim 4:13, the gist of such will be revisited presently. What they would actually volunteer for is some pain-in-the-neck spreadsheet that had to be done but nobody wanted to do it.

So it is that five obscure characters rose in the ranks in the apostle Paul’s eyes. “Only these are my fellow workers,” he says of Tychicus, Onesimus, Aristarchus, Mark, and Justus, almost as though they formed a cabal. He describes them as a “strengthening aid” (“source of great comfort” - 2013 NWT) and the Greek root word is peregoria, used only once in scripture, which generally has medicinal connotations, hence the two acceptable renderings. Going back several decades, there was the English ‘peregoric,’ an over-the-counter medicine. It had opium in it. It was good for whatever ailed you.

Paul comes across as almost superhuman in his endurance—recall Mark Sanderson at the Gilead gradation referring to the list at 2 Corinthians 11:23 and observing that just one of those experiences would have floored most of us—yet he surely could have used “strengthening” from time to time. Like when enemies try to pin the charge of ‘sedition’ on him—as they did with Jesus—as they have done with Jehovah’s people today—and, far from according him respect as a driving force of an important religion, dismiss him as a “pest” promoting a “sect.” (Acts 24:5)

If someone is described that way—especially if they are under (house) arrest, as was Paul—there is a tendency to keep one’s distance, lest the unsavory accusations rub off. If someone is charged with sedition, you think twice before you say, “That’s my buddy!” If someone is written off as a “pest,” you show whose esteem you are trying to court by whether you identify with that person or not.

Similarly, “they will say every sort of [wicked] thing about you,” Jesus says of his disciples. And ‘if you see how they treat me, then you know how they will treat you.’ (Matthew 5:11, John 15:20) There is a tendency to back away from anyone of whom “every sort of wicked thing” is said, and these five cabal Christians would not do it. It is hard not to think of Jehovah’s Witnesses in Russia right now. As some are being led off to courts andimprisonment, after having personal property confiscated, their brothers, far from laying low, are publicly identifying with them. There is even a scene somewhere of the friends clapping in the aftermath of a trial, as the “guilty” member is being led away. It plays a little odd from a distance, but the idea is to recognize and support those keeping integrity under trial. It is hardly just Russia, however. Everywhere “every sort of wicked thing” is said about Christians, affording ones opportunity to gather round or distance themselves.

Qualifications were not unreachable for those whom Paul would later recognize as a “strengthening aid,” or “source of great comfort”—just stick with him under censure and don’t run like a chicken. One of them even DID run like a chicken at one time (arguably) —Mark, but he later got his act together and identified with Paul in hard times—so if we are chickens, there is yet hope.

The others: “Tychicus, my beloved brother and faithful minister and fellow slave in the Lord, will tell you all the news about me. I am sending him to you so that you will know how we are and that he may comfort your hearts. He is coming along with Onesimus, my faithful and beloved brother, who is from among you; they will tell you all the things happening here.Aristarchus, my fellow captive, sends you his greetings, and so does Mark, the cousin of Barʹna·bas (concerning whom you received instructions to welcome him if he comes to you), and Jesus who is called Justus, who are of those circumcised. Only these are my fellow workers for the Kingdom of God, and they have become a source of great comfort to me.” (Colossians 4:7-11)

Tychicus made himself a conduit and a go-for. Onesimus is the former slave that the educated Paul hung out with—probably freed at his request, since his owner had also become a Christian. Aristarchus—all that is known about him is that he was a jailbird with Paul, and incurred the same slander. Mark, as mentioned, is the reformed chicken. Justus—virtually nothing is known about him. These are not high-profile people and their high praise as Christians is not unreachable for anyone.”

That is how I ended the talk, by observing that anyone could attain that status and that I hoped to be described that way myself someday. 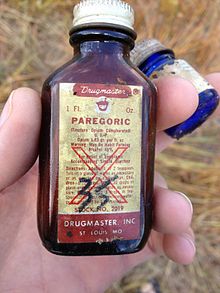