Home Archives Profile Subscribe
Skirmish #100519 - A Typical Tussle Around the Line of Scrimmage
Yikes! End of the Line for Bloggers?

At the Grad Party on the Farm

At the grad party on the farm there was a potato gun. It launched those spuds a football field and a half, and there were some kids who ran out there to see it they could catch them—unsuccessfully, since the gun was very hard to aim, and with ears of corn it was even worse. It was powered by compressed air. 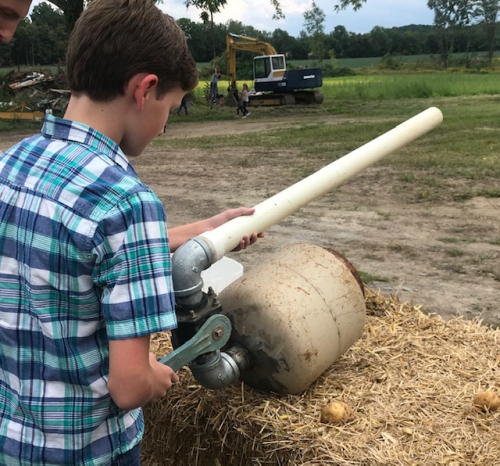 At the grad party on the farm there was a hammer-n-nail game. Toss the hammer into the air, twirling it once, catch it by the handle, and then drive the nail. Great fun for resident and the far more numerous wannabe farmers. Get your school bus ice cream at the grad party on the farm. Order at the driver’s window. Pickup at the rear. The farmer had bought it at auction, thinking it might do for group outings, but then discovered that there was more to putting an old bus on the road than he had anticipated. 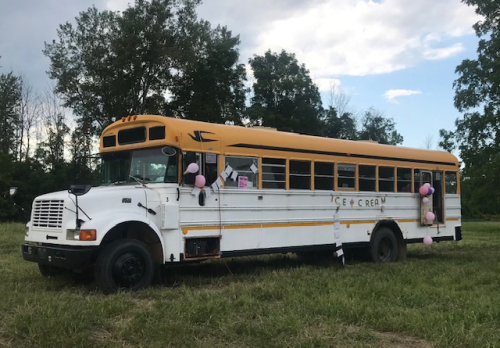 At the grad party on the farm you had to pass a farm quiz in order to eat, identifying various seed types and farm implements. This requirement was relaxed so that visitors would not starve. Acquiescing to reality, this farmer had previously given people stalks of wheat, labeling them “pre-donuts.” 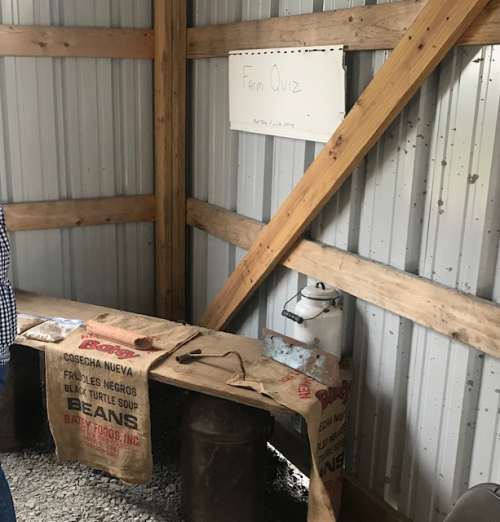 There was also a great swing that could accommodate up to three people at the grad party on the farm. 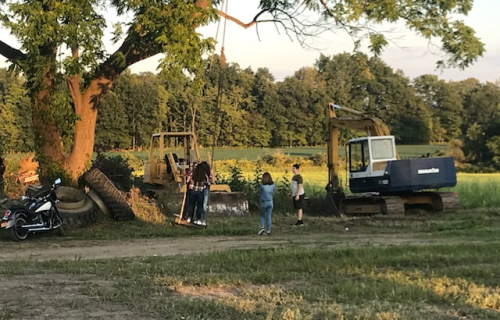 At the grad party on the farm, there was, not one, but two, International Scout convertibles. With a V8 under the hood, it was a vehicle with guts, so said the grad’s brother who took it for a spin—more guts than that brothers own high Jeep, who he first got it, I said: “I’d better not see your tire tracks across my hood!” (or was that his buddy I said that to?) 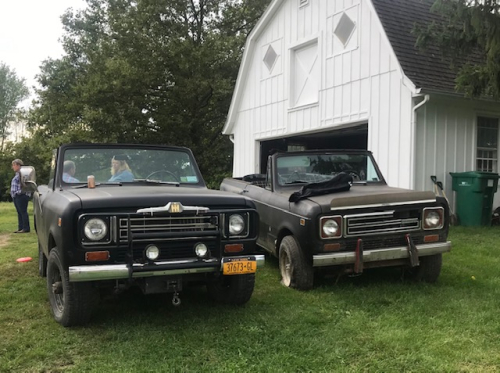 There was, at the grad party on the farm, a Burmese Mountain dog that threaded through the gathering crowd, its tail wagging all the while, as though a politician. “Careful—it’s a leaner,” someone said. “Pull back quick, and it will fall over.” Probably 150 made the party, and the grad is someone I have known since she was 2. She had strawberry red hair back then. There was to be a bonfire that night, but we left before that happened. It may have been rained out, since it was raining hard when we arrived home.