Home Archives Profile Subscribe
WBBF in Rochester Bans “They’re Coming to Take Me Away—Ha Haaa!”
The Most Striking Prophesy of All - the Changing Mores of Sexuality

Well, I Guess I Taught the Big Cheater a Lesson This Time, Didn’t I? 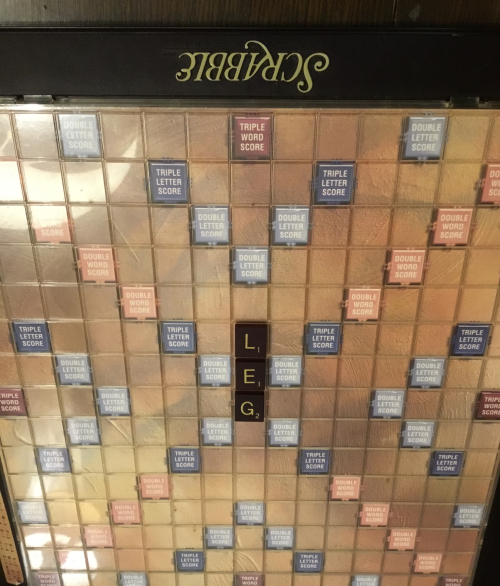 HA! Right off the bat I opened up an 8 point lead! My brother is such a lousy Scrabble player! 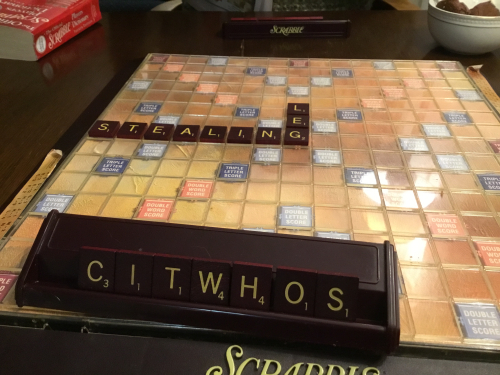 Okay, okay, so it’s 80-8. I’m just getting started. (What a cheater!) Words like ‘stealing’ occur easily to my brother. I should have known! Now what am I to do with this mess of a tray? Hmm. ‘Witch?’ 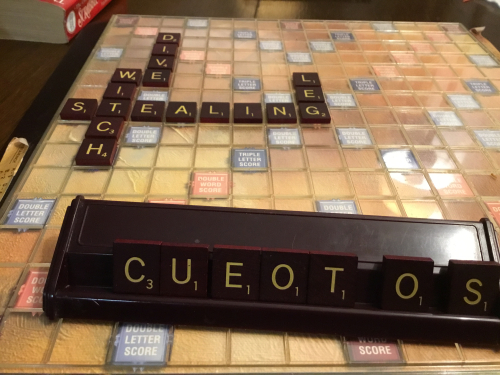 Not looking too good. Down ‘only’ 64 points—after 2 turns. 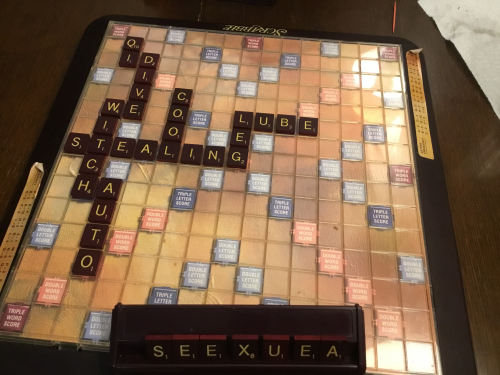 Lay down 3 vowels—draw 3 more. What a rotten game! I’ll trade in some letters. “You’ll never win that way!” my brother taunts, who probably stacked the bag. The X is good, but it must count at least 4 times. 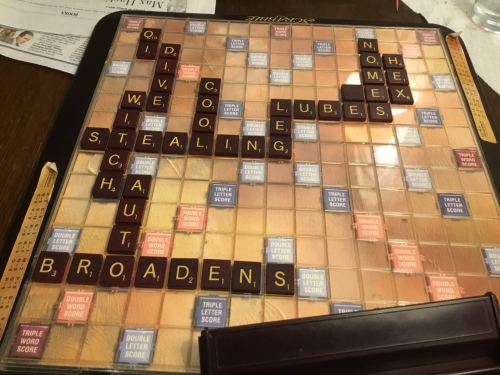 Empty the tray to make ‘broadens.’ 62 points. But that only puts me within 6 of the big cheater—and he has yet to take his turn. He will take one triple—I will take the other. What nasty tricks does he have up his sleeve? 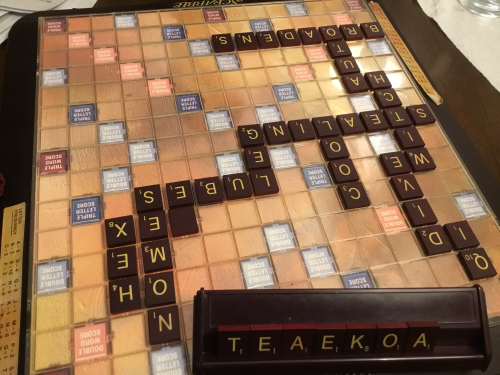 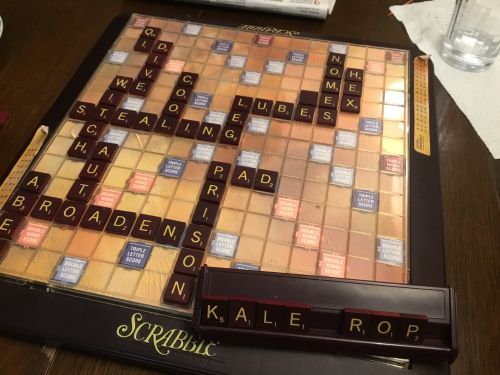 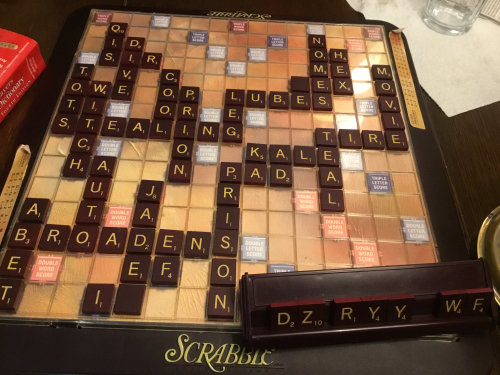 Um—I could use a few vowels here. All letters are out and I only have a 15 point lead. Wait! ‘Adz’ will probably do it for me. Good thing. I would have been in big trouble otherwise. When my brother tried to count remaining letters in the tray against me, I would have had to say, “We don’t play that way! But now all is well. 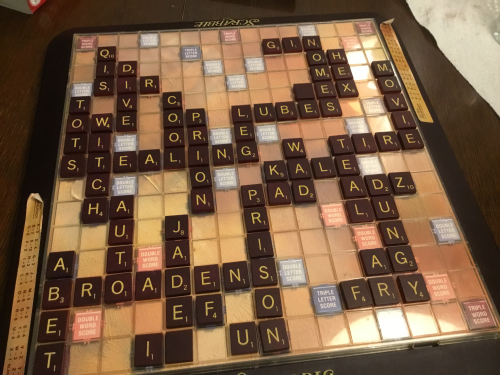 Down almost 100 points, I came back to kick his rear end, 361 to 311. “He can’t even let his brother win once in a while,” he grumbled as he walked away. And when a spare letter dropped from his sleeve, I didn’t even say anything!

Drawing upon my mastery of the language I opened up an 8 point lead with my very first move, putting down ‘leg.’ But with all the deviousness of the Dark Lord, my brother laid down ‘stealing’ to Scrabble AND take the triple word, unfairly vaulting ahead 80 to 8! Trust my brother to come up with a word like ‘stealing’—I mean, it is his specialty. I should have known!

It only got worse! Lay down three vowels, and draw four—that kind of a game. I traded some letters in. “You’ll never win that way,” he smirked.

The smirk faded when I Scrabbled myself to make ‘broadens’ for 62 points, pulling to within 7. Still, I pulled ahead, but (gasp!)—with all letters out, a tray full of consonants and two ‘Y’s, and only a 15 point lead—look, I had tons of vowels before, I could use one about now. Wait! Building off an ‘A’ to make ‘adz’ puts the ‘Z’ on a triple letter score—probably enough to carry the day. It did. After being down nearly 100, I beat the skunk 361 to 311. He looked grim as he left the board.