Home Archives Profile Subscribe
Ecclesiastes 10:20 - ‘Do Not Speak Ill of the King’ JWs and Politics in the Age of Trump
If You Suspect That You Are Anointed, You’re Not - and Who Were the Gnostics?

In any crisis situation it is tremendously socially destructive to continually take shots at whoever is taking the lead. Regardless of who is is, where he came from, or how he came to be—there he is and you’re stuck with him. You cannot make things better but you sure can make them worse. Anyone socially responsible will point to the reassuring fact that the Pres generally allows his advisors to talk him out of rash statements. Though, sometimes he fires them. Just ask Rex Tillerson, once CEO of Exxon, now proprietor of ’Rex’s Gas n Go,’ unable to reclaim his top spot since board members were unfavorably influenced by the President‘s tweet that he was ‘dumb as a rock’ and ‘lazy.’
Without a fuss, simply in order to keep things moving, The POTUS signed off on legislation that would ensure that the family business doesn’t get a dime. Since the hospitality industry in general IS eligible for help, it seems to me no more than a matter of spite, but he yielded to it on account of the emergency.
Trying to shift blame, the mayor of New Orleans say she would have shut down festivities had only Trump warned her. I’m not so sure. Isn’t she one of those who, when he says anything else, claims he is full of you-know-what? Probably she’s just  trying to cover her own rear end—the oldest trick in the book. No, really—the oldest—since Adam’s response to being called for eating from the tree was “the woman you gave me, she gave me the fruit and I ate.” With the only other two living beings against him—three if you count the devil—what chance had a good ol’ boy like he?
Meanwhile, Jehovah’s Witnesses just play along. It makes things so much easier. Direction from HQ (in the United States) is that there be no meetings of more than ten persons, less if local officials decree it, but not more if they do not. Additionally, a letter a read, leaving matters to family heads since every circumstance is different, urged members to take most seriously all government suggestions on social distancing—and if one is in a high-risk group, seriously consider the recommendation to stay in place, not venturing outside at all till this blows over. The two Bible verses to serve as theme texts were ‘love you neighbor as yourself’ and ‘show obedience to the superior authorities.’
Will it? Probably. At the liquor store—no, not for my daily run, but looking for Memorial wine—I observed of ‘crazy times that no one saw coming’ that it is ‘almost biblical.’ But the young clerk allowed that to be probably an overstatement and I didn’t press he point—he may be right. But it also is not exactly ‘one of those things,’ since no one in 100 years has seen anything like it.
Outside among those who you think you be the most responsible, bickering is the order of the day. Look, it is one thing not to board the lifeboat because you think the ship is not going down. It is another to think that it possibly is, but it is STILL more important to apportion blame first.
Now that I think of it, it is also very strange, and no, I am not coming out as a true prophet over it, that 100 years exactly separate the capsizing of the two oceanliners so symbolic of their respective ages, AND almost 100 years exactly separate the two latest significant plagues in modern times: the Spanish flu in 1918, and the ‘Chinese’ virus in 2020.
JWs have a mindset that enables them to adjust and cope. If the Covid is the Spanish flu updated, well—then an easy explanation present itself. But if it is not—if it is triggering a huge overreaction as some maintain, and the edifice of human financial world should crash—well, how telling that something seemingly so mighty should prove so fragile. Everybody throws in their two cents and you have to ignore the meddlers because there is never an end to them. Otherwise, shelter in place to the degree possible, which is almost 100% for me. An overreaction? Maybe, but if so it is just one more nail in the coffin of those who think human governments have the wisdom to rule 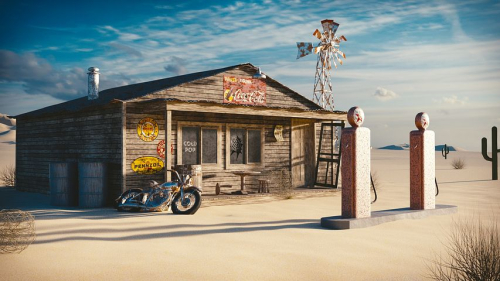