Produce From the U.S.D.A—Isn’t That Nice?

No sooner had I posted the above when my nemesis posted:

It was a helpful link from someone who never ever posts a helpful link, and so when she does you wonder what she is up to. Wilma never posts things just to be helpful. In every case, she posts to denigrate her rivals the GB and to assure all that she can do things better. So why does she post this helpful link here?

Everyone knows her M.O. She is in a panic that the JW organization might get credit for this generosity and she wants to make sure that they don’t. She wants to make clear that this is a GOVERNMENT program, NOT a Jehovahs Witness program, and that people SHOULD NOT credit her rivals with generosity.

Chill, you old battle axe, don’t worry about it. I plainly said that it was a USDA program for which I was grateful. USDA is government. Relax. I wasn’t giving your rivals the credit. I even said it represented a “Go to Donald” moment. The only credit I gave to the elders was for distributing the items.

But does this prompt distribution not show the value of organization, organization that she says ‘Who needs it?’ Why does the USDA do it this way—distribute to non-profits? Because they have a ton of aid to distribute and if they do it all at government facilities the lines will be two miles long. They also face the challenge of letting potential recipients know that aid is available. So they distribute to non-profits, taking advantage of the communication and distribution channels that they know will exist there.

Will everyone agree here that NOBODY will do this more effectively than Jehovah’s Witnesses? There may be some to do it AS effectively, but nobody will beat them at it. Organizations where all members are known and readily found and where there exist messengers to quickly deliver foodstuffs to each and every one of them cannot be an everyday thing.

My wife and I received a package Saturday around 2PM, after hearing reports of such a program that morning. I had volunteered to help as soon as I heard the reports, but there appeared to be no need of further help. I can well imagine that there were churches whose members learned of it Sunday morning at services, assuming that they happened to be there, and if they weren’t—too bad. It is not my aim to put them down—frankly I think we do far too much of putting church people down—It is only to point out that the attention of the JW organization to each member is not replicated everywhere. Even where the will exists, the means may not—you have to have volunteers to quickly distribute. There will be some outfits, I have no doubt, that are attentive to those in need and will connect promptly to bring aid. But it will not be universal, and in some cases It will break down completely since it was never built up.

It’s produce. It can’t sit around for days. It has to be handed out to each individual promptly. Members of the Witness community are broken down into service meeting groups, each under the oversight of one or more shepherds, who will know of any among them who is especially needy, and can therefore be prioritized. Apparently, there was plenty for all this time, but that may not always be so, and the elders will know how to best apportion. They are prepared to organize internal relief as was done in the 2nd chapter of Acts—coordinate members sharing with members—so that nobody is overlooked. In this case, the aid came from outside—a provision of Caesar (probably not replicated in too many of his domains)—and all there was to do was to distribute it promptly. I am very grateful to the government that is attentive to physical needs. Nonetheless, much of it would fall flat without proper expedition.

And Wilma says ‘Who needs organization?’ Is she nuts? This is why you need it. This is where, not only it is needed, but you draw yourself as close to it as possible so that there will be no question that you are a part of it. You become one of the embers that knows enough to pull toward the main fire so as to remain an ember. You don’t pull away from the fire so that, in time, nobody, including yourself, really knows if you are an ember or not.

“Be sure to tune in to the WomanfromtheHills broadcast at 2 PM on Facebook for a discussion which will be the same as last week's discussion—how my rivals are doing it all wrong and I can do better. Oh—and are you physically hungry? I think there is a government center somewhere in your area where they are handing out food. Get in queue. The line is only two hours in the sun. It may be that you will get some produce before it wilts and you can still be back in time to hear my address on how the Great Eight are good for nothing.” 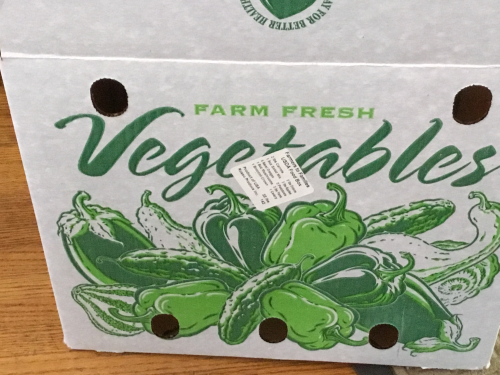 [Tom replied: What she physically looks like I don’t know.]