Home Archives Profile Subscribe
Overlooked by the Religion News Service—How Can That Be?
“Given the Exact Same Scenario, Spiritually-Minded People Can Make Different Decisions”

Turn off the main road and the cemetery is like all cemeteries, but where the two women are emerging at far left is the historic section. 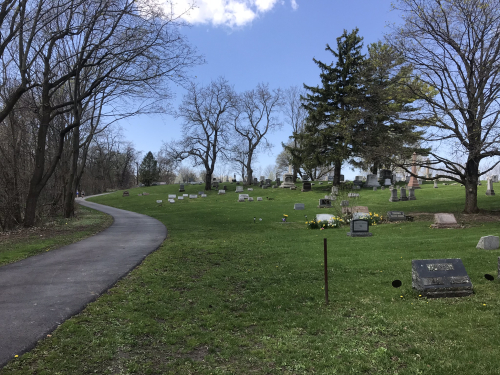 How can one not be drawn to investigate, if only because there is no paved road, but only a pathway? 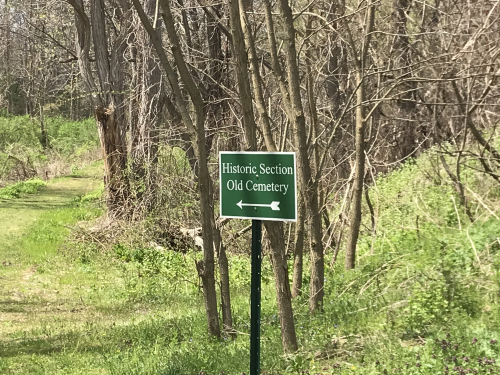 A tunnel! One must pass through a tunnel under the railroad. It must be historic indeed to predate the railroad that now cuts it off from its modern section. 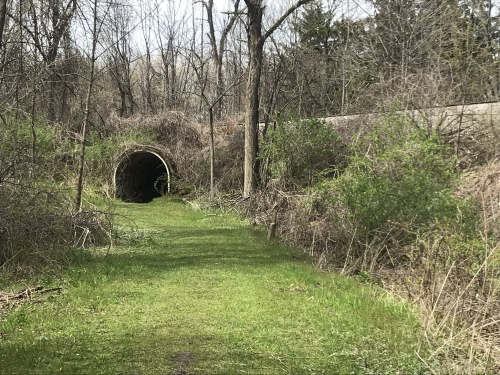 Sure enough, there is the historic section on the other end. And can there be any place cooler to be than in the tunnel with a train passing overhead? If I knew the timetable, I’d make it my aim to be there. 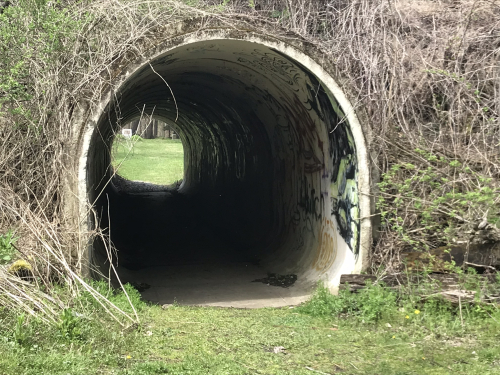 Whoa! It is old back here. Many stones have fallen. Many were contoured to the ground to begin with. 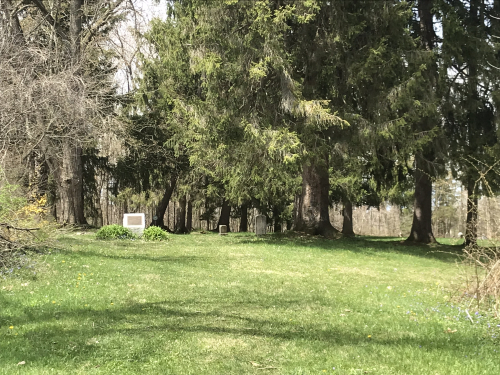 It is so historic that fragments of stones have been gathered near point of emergence from the tunnel. 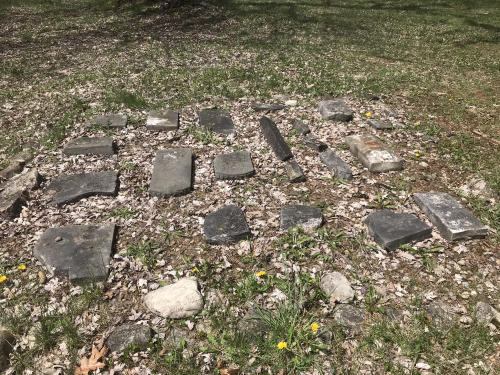 Many are the stones flat and worn—not in very good shape at all—this one from 1855. Here is a plaque at entrance to the old section: 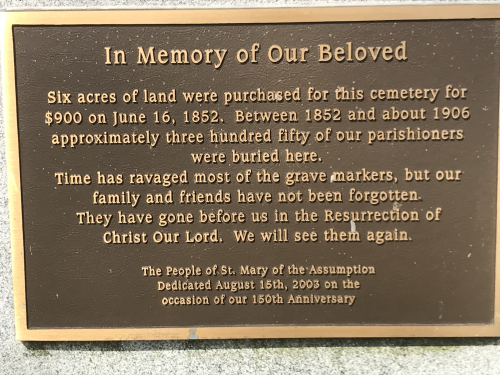 “Our family and friends have not been forgotten,” it says. But for all practical purposes, after a generation or two, they are. A plaque is nice—don’t misunderstand—it is certainly better than nothing, but they are still forgotten within a few decades. Since the plaque says ‘six acres’ and the present old section is clearly not that, maybe some of the stone fragments have been gathered from what is outside the present tended borders.

I vividly remember Brother Benner at a circuit assembly playing devil’s advocate with his own argument—that the dead are forgotten, in harmony with Ecclesiastes 2:16:  “For there is no lasting memory either of the wise one or of the stupid one. In the days to come, everyone will be forgotten. And how will the wise one die? Along with the stupid one.”

His very own made-up interlocutor challenged him. “Ah, but so-and-so may indeed have died, but his music lives on and on!”

“Give me a break!” Benner snapped back at himself. “Who was the most popular musician of George Washington’s day?” Exactly.

It is why the resurrection teaching of the Bible is so very interesting to Jehovah’s people. As the 1968 book, ‘The Truth That Lead to Eternal Life’ put it: “Is it reasonable that God’s only purpose for man is that he should spend twenty years growing up, perhaps another twenty or thirty years gaining knowledge and experience, and shortly thereafter begin to grow old, suffer from sickness and die? Why should man’s life be so short when even a turtle may live to the age of two hundred years and a tree far longer?”

The book that succeeded the ‘Truth’ book furthers zeroed in on that hope right in its title: ‘You Can Live Forever in Paradise on Earth.’ For most of those who would enjoy that life forever, it would be by an earthly resurrection.

Lately I’ve been thinking about death and resurrection. Always been impressed how the bible illustrates the transient nature of life. Ecclesiastes, James (mists and dead flowers), Hebrews (man enslaved not only by death but also by fear of death). Resurrection is a powerful concept. After death, one is no longer conscious of time, in the blink of an eye resurrected to life. It makes one not fearful of death. It’s an interesting concept to integrate into life. A reality that will not only resurrect the dead, but also frees the living from fear of death. An interesting idea to bat around.

[Tom—lots of good imagery for sure. Thx]