The Devil and Dennis Christensen

Dennis Christensen was to be released after serving 3 years of his sentence—there is a formula in Russia for counting each day of pre-trial detention as 1.5 days of actual time—but the Ministry of Justice has appealed. He is now in a special holding cell. He was guilty of ‘misconduct’ during his term, the MOJ charges.

He had organized an English class for fellow inmates—how bad can his ‘misconduct’ be? They are trying to break him, Watchtower HQ says, and everyone with a brain in their head knows it is so. His ‘misconduct’ was not renouncing his faith.

I couldn’t believe it when I heard of his early release. Two days later, I saw that I was right not to believe it. The reason I could not believe it is that it flew in the face of recent Russian escalation of efforts to stamp out the faith. The stiffest prison term yet had just been imposed upon sixty-one-year-old Gennady Shepakovsky. Is he not a little old for such harshness, especially when his “crime” is no more than worshipping God per the tenets of his faith? The judge of the case suggested that Jehovah’s Witnesses (there are 175,000 of them!) go to a country where their faith is “more needed.” I thought of how the prophet Amos was told exactly that by rebellious servants of the king:

“Off with you, seer, flee to the land of Judah and there earn your bread by prophesying! But never again prophesy in Bethel for it is the king’s sanctuary and a royal temple.” It is exactly how an anti-God world responds to hearing his words.

These penalties are unheard of—even a crime-boss does not have his citizenship revoked—the Ministry of Justice comes across as unhinged in its hatred of a faith—for that’s all these ones are—members of a faith—and everyone of sense knows it. Russian enemies are fighting Christianity, for none of these convicted ones are guilty of anything other than being Christian—and the most exemplary of Christians at that: Christians who will not kill, Christians who will not steal, lie, fall into sloth, do drugs, abuse alcohol, Christians who do more than their share to contribute to the common good.

It is possible to overplay one’s hand and in so doing provide a glimpse into a deeper reality. There is no human explanation that makes sense for such over-the-top ill-treatment. Therefore, it dawns upon some to look for a super-human explanation. At the Kingdom Hall, a weekly segment for 2 or 3 years running has been a consideration of the book, Jesus’ Life and Ministry, detailing events of his life in chronological order. Last night, his post-Passover final meeting with his disciples came up for examination. Was it to be always easy sailing for those who would stick with him?

“Men will expel you from the synagogue. In fact, the hour is coming when everyone who kills you will think he has offered a sacred service to God”​—Jesus’ words of John 16:1-2 were reviewed. See why Dennis is not unprepared? He has been fortified with these words all his of his life.

He has also been fortified by Revelation 2:10: “Look! The Devil will keep on throwing some of you into prison so that you may be fully put to the test, and you will have tribulation for ten days. Prove yourself faithful even to death, and I will give you the crown of life.” It is also to be mentioned John 15: 19-21: “If you were part of the world, the world would be fond of what is its own. Now because you are no part of the world...for this reason the world hates you. Keep in mind the word I said to you: A slave is not greater than his master. If they have persecuted me [Jesus], they will also persecute you; if they have observed my word, they will also observe yours. But they will do all these things against you on account of my name, because they do not know the One who sent me.”

So Dennis is not unprepared. He is bummed, no doubt—how could anyone not be? but probably not unprepared. He knows who he is battling, and it is not men. If I didn’t believe his early release, he probably didn’t, either—“not until it is in the bag,” he would have said. He knows he is up against the Devil, standing up as a test case almost like that of Job. The humans don’t matter—if one of them forgets his/her lines or has a change of heart, he is replaced by someone true to the wicked cause of a play that has not only continued from Jesus’ time but is coming to a head. A friend who has traveled to Russia tells me that the brothers there are cautious—but they have always had to be cautious. They find satisfaction in knowing that their resolute stand answers the taunts of the Wicked One before the entire world.

Of course, Dennis had no way of knowing that he would be the test case—no doubt he does not like that. Or maybe he does. You never know. Some Witness survivors of the Holocaust are on record as saying that they would not have traded away their experience if they could, for it gave them opportunity to give answer to the Devil before the world. They mirror the attitude of certain first-century Christians who, upon release from abusive treatment, went out “rejoicing because they had been counted worthy to be dishonored in behalf of [Jesus’] name. (Acts 5:41)

Is it a coincidence that the weekly Bible reading schedule that Witnesses adhere to has rolled around to Exodus chapter 5, about how Moses’s first foray to Pharaoh initially went badly for the Israelites?

‘Afterward, Moses and Aaron went in and said to Pharaoh: “This is what Jehovah the God of Israel says, ‘Send my people away so that they may celebrate a festival to me in the wilderness.’”... “The king of Egypt replied to them: ‘Why is it...that you are taking the people away from their work?’... That same day, Pharaoh commanded the taskmasters and their foremen: “You must no longer give straw to the people to make bricks. Let them go and gather straw for themselves.... Make them work harder, and keep them busy so that they will not pay attention to lies.” (Exodus 5: 1-9)

“Hmm. Is there anything today that corresponds to supposedly good news being turned on its head like in Moses’s time and unexpectedly made harsh news?” I asked myself, and then I read about Dennis being shoved back into the slammer. The events even parallel in how the faithless ones back then charged that Moses had made a hash of his assignment and should have left matters alone—just as faithless ones today have charged that the Witness organization reads the situation wrongly and makes it worse for the Russian Witnesses. “They’re no Moses!” the villains will say. Maybe not, but in this case the developments could not have paralleled those of Moses more closely. In fact, the modern Russian brothers put the Israelites to shame, for the latter did blame Moses for their problems. “May Jehovah look upon you and judge, since you have made Pharaoh and his servants despise us and you have put a sword in their hand to kill us,” they accused the one assigned to deliver them. (vs 21)

“There’s something happening here—what it is ain’t exactly clear,” sings the Buffalo Springfield—50 years too soon and on the wrong stage. The fog is dissipating fast. Russia becomes the most visible nation to fight against God. “The kings of the earth take their stand, and high officials gather together as one against Jehovah and against his anointed one” (Psalm 2:2), and Russia acts as though wanting to lead the charge. You never know when a given king will read ahead and decline to play the game, for the ending bodes ill for them: “Ask of me, and I will give nations as your inheritance,” God says to his son, “and the ends of the earth as your possession. You will break them with an iron scepter, and you will smash them like a piece of pottery.” So far, though, most are adhering to script.

Matters are coming to a head—you can smell it. Is it reasonable to insist that Exodus 5 finds a parallel in today’s Russian events? No. But it’s reasonable to suggest it—just as it was reasonable to suggest that the then-scheduled Bible reading of the Assyrian army assaulting Jerusalem prepared the hearts of Russian brothers who were facing immanent ban of their organization in 2017.

Is it reasonable to look at these parallels? It hardly matters. Reason has had its day in the sun. It has been weighed in the scales and found wanting. The point of 2 Timothy 3: 1-5 is that in the last days people would forget all about reason—and a host of other stabilizing qualities. Does it seem that reason is the order of the day in light of the Covid 19 epidemic, as punctuated by protests escalating to riots, as a black man’s death at the hands of police stokes mayhem around the world? Jehovah’s Witnesses are among the few—at least in my American home—who without fuss don masks. Normal meetings and methods of ministry are suspended, and it is almost as though ones are retreating to interior rooms until the denunciation passes. Anger, not reason, becomes the order of the day, and it is not so foolish to lie low during that time.

The world is not friendly to Christian values. The persecution that Jesus guaranteed would visit his followers is not to be averted. But what can be guaranteed, as Paul said to Agrippa, is that this thing will “not be done in a corner.” It will receive maximum publicity so that whoever is of good heart will be moved by it. This the Witness organization has done and continues to do. 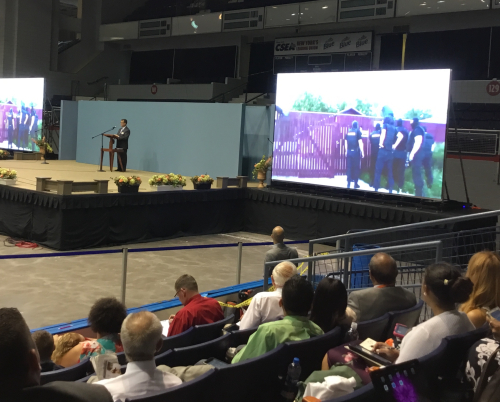 ...This post will soon be appended to the free ebook: Dear Mr. Putin - Jehovah’s Witnesses write Russia. The book is in ‘safe’ and ‘unsafe’ version—the only difference being that in ‘safe’ version, all quotes from Watchtower publications are redacted. Even if is the New World Translation quoting Jesus on how we must love our enemies. “Redacted for reader safety,” it will say.

To be exact, Russia's public prosecution service isn't a part of the MOJ, it's an entirely different agency. But the MOJ is also involved in this case - the prison administration is a part of the MOJ subordinate agency Federal Penitentiary Service (FSIN).

[Tom says: I appreciate the clarification.]