Home Archives Profile Subscribe
“Are You Jehovah?” the Woman Asked.
What I Like About Jehovah’s Organization is That Those With the Highest Education Do Not Assume Takeover Rights

Q: “So I find it difficult to see how that kind of personification [accounts of Jehovah’s anger, jealousy, warfare & so forth] reaches the heart of a Christian.....or any decent human being living today.” (See thread that begins with Part 1)

Well, you can always say it’s Genesis—it is the writing of people immersed in life thousands of years ago. You can compare it with other writings of the time. What should stick is the descriptions of God’s love for his people—even when they are giving Him a run for His money (and he has it all—“if I were hungry, I would not tell it to you,” he says at Ps 50:12). Remember, the particular sin that gets his dander up here is pretty severe—that of so quickly worshipping the golden calf that they have made themselves—so quickly forgetting his commandments on idolatry and all that he has done for them. I think the many expressions of his love is what should remain, all the more so because I see it no where else in those times.

Are there any other ancient religious systems that incorporate love? Taoism, Buddhism, Hinduism, any of the ancient philosophies and myths. Often there is emphasis on ethics and doing what is right, but on love? Not that I am aware of. Not too long ago I finished a Great Courses lecture series on Greek mythology. The gods of mythology don’t love humans—they are indifferent to them, the professor pointed out, notwithstanding that now and again some god gets the hots for a particular bombshell of a woman, and they do tend to be fond of whatever halflings they have conceived with them, but love for humans in general? No. They “find them useful,” the professor kept saying. They like the sacrifices offered, but there is no love in return. As near as I can tell, love (not lust) is uniquely a trait of Jehovah, even if it is a (blisteringly) “tough love” at times.

Maybe the way in which human traits and even emotions are attributed to God as presented in the Bible for our edification, even though whe all know he doesn’t have the physical appendages of humans, and presumably, the emotional ones—Maybe it can be likened to one of those campaign messages: “My name is God, and I approve this message.” That way the message stands as from God even though it reflects the limitations of the writers. Jehovah is “running for office” of sorts. He is running for the office of our approval—that we will choose him over that scoundrel who is running on the Satan ticket. Of course, he doesn’t have to run for office. He doesn’t have to condescend to have any interaction with humans at all. But he does—he indicated immediately after Adam’s transgression that he would—going so far as to give his son a ransom for our buyback. 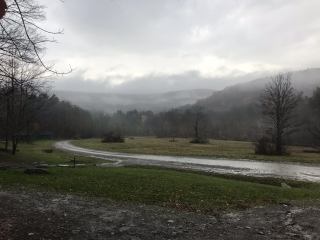 As always, I love your writings. Its puts it in words and explanations that one can reckon with. Although the Bible being of much and first priority, you expound are your thinking and invite others to think when reading your writings. I would say "huh, never thought of that".