“Dumbing Down” the Spiritual Food—Say Goodbye to ‘Wicked Was the Word!’

“Now, you’re in college,” I say to people who are—after I have placed some brochure or something with them, or even If I am sending them to the website. “That means you’re smart.” Pay attention to the response you get to that line—it tells you something of the person.

“But most people are not in college, and they are not particularly smart. They’re just regular people. They’re not where they can just focus on training the mind—if they do that at all, they also have a dozen other concerns competing for their attention.”

It is a way of cushioning the blow they will experience when they note that Watchtower materials, save for the Bible itself, (and even that has been accused of being “dumbed down” from the 1981 to the 2013 NWT version) are written very simply. You can search around and find writing that is not, but most of it is—almost all of the current stuff.

I tell them to treat their brochure as an outline if they like—with just enough sinews to connect the bones of scriptures together—and the bones are where the strength lies. You can obscure with too many words—though you can also explain with them. For the majority of people—who don’t like much to read and aren’t all that good at it—maybe bare outline is the way to go. Let the scriptures speak for themselves:

“For the word of God is alive and exerts power and is sharper than any two-edged sword and pierces even to the dividing of soul and spirit, and of joints from the marrow, and is able to discern thoughts and intentions of the heart,” Paul says. (Hebrews 4:12)

It’s tough on the heady people of college, though. I even confess to some awkwardness in presenting the ‘What is God’s Kingdom?’ issue to the captains of industry whom we have in our sights. Ah, well—I can indulge my penchant for wordiness on my own site, I guess, where people will say: “I wish that yo-yo would get to the point! What a windbag!”

It is similar, but not exactly the same, as when Paul visited heady Corinth for the first time. He recalls: “So when I came to you, brothers, I did not come with extravagant speech or wisdom declaring the sacred secret of God to you.” (1 Corinthians 2:1) He could have. Most of the Christians then (and now) could not, but he had the training to go toe to toe with them—match them heady thought with heady thought.

Instead, he “decided not to know anything among you except Jesus Christ, and him executed on the stake. And I came to you in weakness and in fear and with much trembling [because he was forgoing what might have seemed his first instinct?] and my speech and what I preached were not with persuasive words of wisdom but with a demonstration of spirit and power, so that your faith might be, not in men’s wisdom, but in God’s power.”

If I read this right, Paul “dumbed down” his message—or it would have been perceived that way, and he knew they would perceive it that way, and that accounts for his weakness, fear, and trembling. The reason is not the same as JWs simplifying the message today, but there is overlap. We simplify because most people are simple. The heady Corinthians weren’t simple, but—but—the problem Paul faced was that he would have to overturn their entire world of intellect—intellect that made them feel superior but that didn’t really add up to anything, just as it doesn’t today—and he didn’t know where to start. It is wisdom he speaks of, but “not the wisdom of this system of things nor that of the rulers of this system of things, who are to come to nothing.” (vs 6) Maybe it’s best to go simple and give them the work of latching onto it or not.

The scriptures don’t speak unfavorably of simplicity. I can still hear Davey-the-Kid at convention contrasting the simple eye of Matthew 6:22 with—“what word did Jesus choose to contrast?” he said. “Complicated? Complex?” before letting loose with “Wicked was the word!”—simply because he liked the alliteration and had a way with words. In so many ways, the opposite of “simple” is “wicked.”

Of course, not everything is simple. There is complexity in the world. But in general, the simpler you can reduce things to the better off you are. Too often complexity is just used to sell snake oil and apply lipstick to pigs—muddy the waters so you can slip your hogwash through undetected. Better to go “in weakness and fear and much trembling,” eschewing the “persuasive words of wisdom” so as to “know nothing except Jesus Christ and him executed on a stake.”

I’m still getting my head around this. It’s not quite there yet. Can’t we at least revert to the vocabulary common when I learned the faith—that reading level of ‘The Truth that Leads to Eternal Life?’ that no one had any reason to repackage for the college folk? If the whole world of media is in a race to the bottom in grade reading level (which it is), do we have to lead the way? Sigh—I guess we do, and I guess it is for the best. We put the message out there for everyone. The very opposite of a “cult” that withdraws from people, we go to them—all of them. And who responds most?

As for Matthew 6:22, the verse of the simple and wicked eye? Sigh—those words are gone, footnoted as only the literal meaning. They are replaced in the 2013 New World Translation with “focused” and “envious.” Dumbed-down strikes again. The new reading isn’t bad. It may even be better. But it eliminates a range of possible applications so as to zero in on but one timely one. 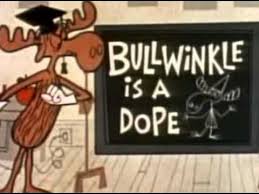 I really wish I could meet you Tom. We'd get on so well!

[Tom answers: Yes, we probably would. It will happen someday.]