Home Archives Profile Subscribe
“Dumbing Down” the Spiritual Food—Say Goodbye to ‘Wicked Was the Word!’
Uniting the Four Fundamental Prophesies of Nature—Fulfilled with the Demise of Trump. (a Parody)

My non-JW neighbor said it best and she is not one known for metaphors. She’s not interested in politics, she says. She tries not to get worked up over it, but....

“It like a bad accident. You don’t want to watch, but you can’t look away,” she says. Ha! Isn’t it, though? Like this one: 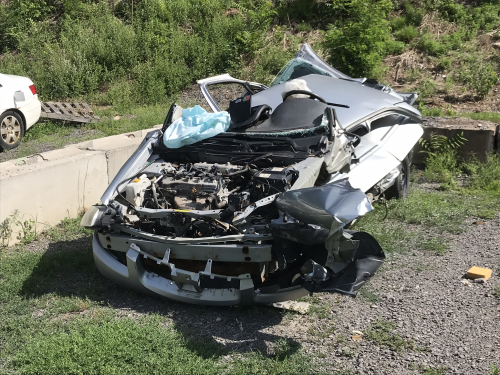 Just try looking away from that one. And imagine—the image of human politics, “man dominating man to his harm,” says Ecclesiastes 8:9, likened to a bad accident. “I well know, O Jehovah, that man’s way does not belong to him.It does not belong to man who is walking even to direct his step,” says Jeremiah at 10:23. Jehovah’s Witnesses defer to that verse to show that human self-rule is not an ability God granted them. Invariably it reduces to some variant of “power corrupts and absolute power corrupts absolutely” to punctuate a highway of “solutions” not quite up to the job.

This is why one wonders what the #CultExpert has been smoking when he seeks to liberate people from “cults”—and he expands the word to include half the country, in the form of the political party he doesn’t like! Let’s face it—there are only so many Moonies, the “cult” that he “escaped” from (whether they are or not will be for them to argue, not me) and like the diminishing returns of a multilevel marketing scheme, he has to expand the C-word to far more than the Moonies if he is ever going to amount to anything. Still, when you maintain that half the country has fallen victim to a cult, is it not evidence that you’ve been drinking too much of the Kool-Aid yourself?

Somewhere on the road from the Moonies to the Republicans, Jehovah’s Witnesses got caught in his C-trap. When he turns his attention their way, he wants them to come out. Come out to what? To his version of normal, to his way of man ruling man, that my neighbor so aptly applies illustrates by metaphor? Moses led his people to the promised land, not the town dump. 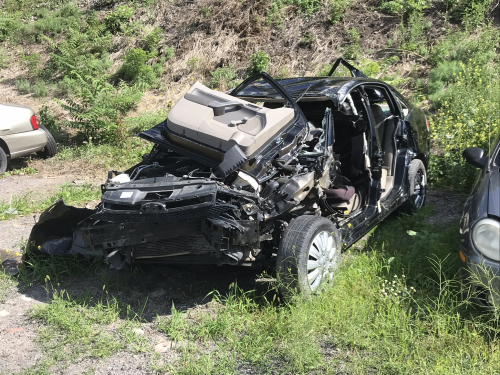 JW HQ lately has ramped up attention to Bible verses of neutrality, doing so for JWs themselves, lest they get sucked into the morass. Brothers flirt around the edges as it is. They post jokes, even insults, of one contestant, and yet still imagine themselves neutral as they do it. Or they patiently explain the position of one pugilist, for fear the liars are distorting it, but are content to let the other fellow twist in the wind. Even Geoffrey Jackson, when he illustrates the challenge of maintaining absolute neutrality with combatting the thought: “I hope that idiot doesn’t get into power!”—is it only me who wonders what “idiot” does he have in mind?

Climbing to the pinnacle of what divides humans, the politics of any given nation, he first encounters the lesser side-taking of the sports world. He tells how he recorded a game for a friend, and it was a really exiting game! But when he offered to show the match to others, they said, “No thanks. It might be different if we had won.”

I had a lot of fun with the Olympics while writing No Fake News but Plenty of Hogwash. Were it not that the Olympics has been canceled this time around due to Covid-19, I would be having it some more. There I wrote of telling Tom Pearlsandswine that I had seen Trump tie his shoe, only to earn the instant rebuke: “We are no part of the world!” The next day I told him that Hillary had worn a nice bright pants-suit, and his retort was: “We must keep our eyes on the Jerusalem above!” The next day I stopped by his house as he was watching the Olympics, to hear him say: “Look at that medal count, Tommy! We’re cleaning up!!!”

Meanwhile, at the virtual meetings, JWs are testing on each other just how they will explain their neutral stance in a politically volatile world, and some of the results come off as a bit clunky. Listen, it ain’t easy to do, because most of them involve presenting God’s kingdom as an actual government—which it is, but not that many look upon it that way, and people don’t turn on a dime. I did like (which wasn’t one of the suggestions—it was simply something that some old-timer recalled) Brother Glass responding to queries as to why he is not voting with: “Why should I? Jehovah’s Witnesses have solved most of the problems that your world is yet grappling with. Why should I trade the superior for the inferior?” But the neighbor said it best—it’s like watching a bad accident.

It is a special month of activity for we Witnesses. There is a campaign to distribute to business, government, and professional people our vote, that of recommending God’s kingdom. I admit I was a little worried I might be called upon to explain how the stone not cut by human hands smashes the toes of the idol, but so far there is none of it—not in the magazine, which is inviting, and so certainly not in any missive of mine. Rocky Nash in Las Vegas has picked up on it and spread it around via her news feed, and many outlets have latched onto it. I don’t really know who Rocky is—at first I thought it was a guy, like Rocky Balboa, but it is a woman—or just where she is coming from, but then, I don’t really have to. You don’t have to know everything.

Here is the kingdom envisioned in Revelation, descending from heaven:

“I also saw the holy city, New Jerusalem, coming down out of heaven from God.... I heard a loud voice from the throne say: “Look! The tent of God is with mankind, and he will reside with them, and they will be his people. ...And he will wipe out every tear from their eyes, and death will be no more, neither will mourning nor outcry nor pain be anymore. The former things have passed away.” (21:2-4)

Jerusalem was (and is) the capital of Israel, so New Jerusalem is a suitable symbol for God’s kingdom ruling over all humans and not just one country. It is not good people going to heaven as angels when they die—rather it is God “coming down” to “mankind”—they are his “peoples”—and from there he removes “mourning, outcry, and pain.”

And the present system of “man’s rule over man to his harm?” What of these dark rumblings one may hear from time to time that Jehovah’s Witnesses say human government is from the Devil? (!) That comes, most pointedly for my money, from Luke 4–the second of the three temptations thrown at Jesus in the wilderness.

“[The Devil] showed him all the kingdoms of the inhabited earth in an instant of time. Then the Devil said to him: “I will give you all this authority and their glory, because it has been handed over to me, and I give it to whomever I wish. If you, therefore, do an act of worship before me, it will all be yours.” In reply Jesus said to him: “It is written, ‘It is Jehovah your God you must worship, and it is to him alone you must render sacred service.’” (vs 5-8)

He turned down the offer but he didn’t deny the premise—that the kingdoms are for the Devil to offer since they have been handed to him, a handoff that commenced way back there with human rebellion in Eden.

I am looking forward to God’s kingdom “coming”—as the Lord’s prayer [Our Father Prayer] says. I’ve built my life around it, as anyone can. No accident scene then. Nothing but fine Packards for all: 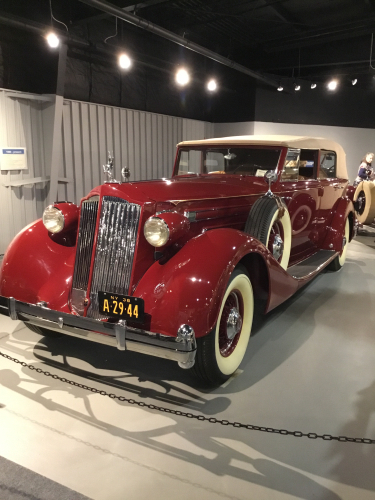