I Don’t Know Why We Persecute Jehovah’s Witnesses: Searching for the Why

Searching for the why—at first glance, what could be easier? Just read the charges. But when Putin says, “Jehovah’s Witnesses are Christians, too. I really don’t understand why they are persecuted”—there appears more to it than meets the eye. When Human Rights Watch says, “Russia’s religious persecution focuses almost exclusively on Jehovah’s Witnesses,” the plot thickens. 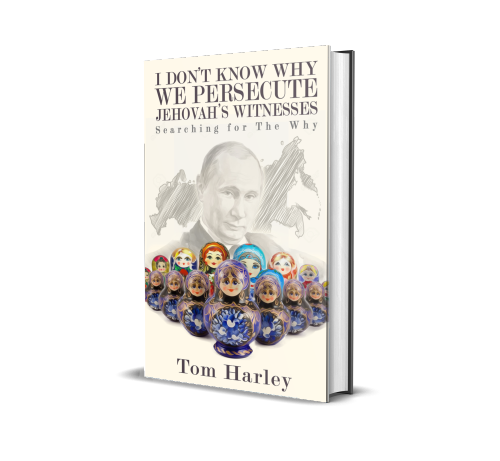 Here are presented the modern-day Acts of Russia with regard to worship, the acts of believers and of those who oppose them. The acts of Russia have taken a dark and perplexing turn, puzzling even Putin. Can it be? The wizard who runs Oz doesn’t know how his contraption works? Here is a book that picks up where Baran’s Dissent on the Margins (2014) leaves off. The tale has not yet ended. But then, neither had the tale ended when Luke completed the first century Book of Acts.

here's alink (if it doesn't get earen by any anti virus software ;):
https://foreignpolicy.com/2021/03/26/why-is-putin-afraid-of-jehovahs-witnesses/

[Tom answers: Made it through]