One cute thing to get your head around is that upper Egypt is lower than lower Egypt. That’s because the Nile river flows MapWise uphill, but like all rivers flows from up to down

Egyptian gods that are female always have names ending in T. That does make things easier.

The professor mentions Isis, the Egyptian god, what the name is twice supplanted, once by the terrorist group, and once by Bob Dylan‘s cool song, best performed at Woodstock. 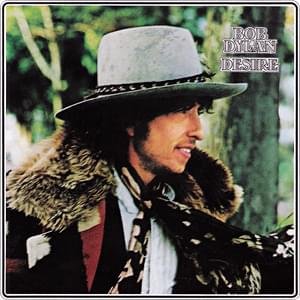 Isis also is a female guard. It is a T God. But we know what S form because the Greeks got a hold of it.

Bob reaches the point of saying, in his classroom, students are all ready to kill him after he says what he is about to say. So I pause here and tweet, before seeing just what it is he says. Will I want to kill him to?

I’m sure he doesn’t mind being called Bob, either. If he did, he would not be Bob briar. He would be Robert briar.

Oh yeah. He can live. He just says philosophical questions have answers, to contrast with some who think they don’t. As an example, he says is there life after death? It has an answer, even if it is unanswerable, in his opinion.

Whoops! My bad. He says they can be answered.

His example is, does the universe have a beginning or not? Did it come into being, or has it always existed. So far, OK. But then he says if we can disapprove one, the alternative will stand. Not according to skeptic Michael Shermer‘s heads I win tails you lose rules.

that say just I am wrong (or can’t answer everything) , it doesn’t mean you are right. I think he is just trying to stack the deck.

The beginning of Lecture 4:

So Napoleon was an OK guy the professor says. I’m sure he doesn’t mean across-the-board. Or maybe he does. That’s how it is with academics. They’re blown away by other academics. And Napoleon had some culture to him.

Napoleon is the guy, who first came up with a scheme of odd numbers on one side of the street and even numbers on the other. He got tired of not being able to find things

Ha! Now he mentions cabinet of curiosities that wealthy people used to have back then. I wrote about that, here.

Napoleon assembled a huge scientific retinal for his conquering trip to Egypt. In 1898. Very few of them knew where they were going. It was a secret. His political mission was to mess up the British, taking their colony. His personal reason was to see Egypt.

The fighting stopped for 10 minutes when Admiral Nelson blew up the French ship Lorient. Nobody could believe it. They were in shock. Nelson had navigated between the French ships and the shore, and blasted the French who had guns facing out.

After destroying the French fleet, Nelson sailed away, stranding Bonaparte. But Bonaparte took his 150 scientist and began an institute for studying Egypt.

Napoleon abandoned his army, set sail to eat to Paris, declared himself the conqueror of Egypt. The brothers know the truth, and ridiculed him. But he had started the beginnings of Egyptology. Next year next year his scientist at least the definitive volume on Egyptology.

OK, I didn’t know this, or much of anything else. The Rosetta Stone was found by Bonapartes expedition, some Egypt items went to Bretton part of the peace treaty, some were retained by the French. The French wanted to keep the result of stone that contains the key to...1/2

But the British insisted upon it. But the French had made a copy of it before hand. So they got the benefit from it too. This is the beginning of Egyptian antiquities being collected. A huge collection in Britain, and an equally huge collection in the Louvre