Bob starts his lecture by once again gushing about the advantages of a strong king. What comes to my mind was the Israelites pestering Samurai [Samuel—thank you, AI] before about the same. Yeah! That’s what we want! A king! Trusting in God is so for losers. We want a king!

The first Egyptian city the invading Greeks came across was Memphis. They asked the name of it They couldn’t pronounce the answer. The closest they could come was a word that later morphed into Egypt. (No, and it wasn’t because Elvis wasn’t there to say it right)

Petrie was the first archaeologists to pay his workers for every discovery they made. Up till then, the saying was that archaeologists discover only large objects, never small. The reason was that the workers would pocket the small items themselves to sell privately.

One kings mama fied arm [mummied arm] was donated to the Egyptian museum in 1890. The Director stripped the gold rings off the arm, kept them in the museum, and threw away the arm. The archaeologists later said that sometimes museums are dangerous places.

A fine bit of ancient trivia, Bob is so full of them. He is so good. This item is that jackals have an unusual digestive system, and prefer decayed meat. That’s why they would frequent cemeteries. Anything shallow buried in the sand didn’t stand much of a chance against them.

Why can broken pottery usually be found along migration routes? “Pilgrims tend to  drop pottery, and break them.” Case closed.

Old Ferrells [pharoahs would have “rejuvenation ceremonies“. Easy athletic contests for them, for instance. It’s sort of reminded me of the James Earl Jones pre-funeral in the new Eddie Murphy movie. A pre-funeral that he had while he was still alive. Unfortunately, the movie is so filthy we didn’t get far into it.

Hey my Starbucks was built around a kings burial place. Sort of like a gazebo. Someone got the idea of putting a gazebo top a gazebo. And then another one. The first pyramid head five of these top each other in a step like pattern.

[I don’t know how AI made this a Starbucks. The idea is that burial places would be ancient ditches. Then someone thought to put a top over them, like a gazebo. For someone else, a top over that, and so forth. 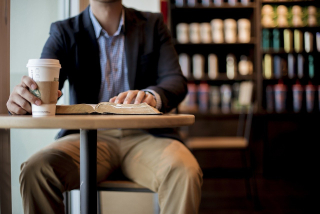 No, there is not a Starbucks inside the Great Pyramid, though there probably would be if Starbucks had any say in it.

The dog is old now, and we are not at the dog park. After a heavy rain, that park will be muddy. We are on a path it has gone many times. But lately it reaches a certain spot, says no more, and pulls as if to go back home. I always indulge him. He’s a good dog.

Sarcophagus. And esophagus. There is a relation. Bob says. The first (sarcophagus) was known as a “flesh eater.” This is because the first one of these things they opened, expecting a mummy within, was empty.

Tomb robbers, Bob says, were usually drawn from the workmen who built the tombs, they knew where things were. That’s why he thinks one decoy to him was left on touch for millennia. They knew nothing was in it.

There are pyramids in the desert that collapsed while being built. They didn’t always get it right. There was much trial and error, and snap a low [Sneferu] was the one who figured out how to do it.

Oh. One of the early pyramids collapsed because the corners were built on unstable sand, that shifted. Isn’t there a verse in which Jesus says you are not supposed to do that?

Bob has been inside this damaged pyramid, you drop down, walk through a long tunnel, then have to climb a ladder 55 feet high. He says it’s the most dangerous thing he’s ever done. Inside are cedar beams, Cedars of Lebanon…

They were carted in at the time of building in an attempt to shore up the collapsing room, alas, to no avail—the tomb was abandoned and not used. But Snefalu’s [Sneferu—Snefalu is my bad—was I thinking of Scooby Do?] His hird pyramid was good. He is buried there.

The Egyptians were terrible sailors, Bob says. Let me say it right out, he says. It is because they were spoiled by the Nile.

If you look at Egyptian paintings, you can tell if the boat is going north or south by whether or not the sails are up. if they are the boat is heading south with the wind at its back. If they are not, it is heading north letting the current take it downstream.