Object Lessons at the Memorial Talk.

The Memorial speaker spent more than the usual time (so it seemed to me) in discussion of how many had the heavenly hope, and, if they did not, were they stuck with some second-rate inferior “earth” promise? Moreover, if anyone did need hand-holding on this matter, it was okay. Adam left us all to die, he pointed out. It is okay to need reassurance.

How many Senators are there in the United States, he asked. 100. How many Representatives? 435. How many in total constitute the government? 535. How do we know that? Because it is written. Where is it written? In the Constitution. You can see where this is going. The number of humans to rule in the heavenly government is also written in the Christian “Constitution.” It is 144,000.

535 to represent a nation of 330 million. 144,000 to represent a nation of ultimately several billion. It’s about right. Close enough. Furthermore, since the beginning of time, God has determined where his creatures will serve him. Angels will serve him in heaven, humans on earth, and “no one has ever had an issue with this.” We don’t choose where we serve him, he pointed out, but we do choose if we serve him..

I haven’t figured this out yet, and it wasn’t part of the talk, but one of the four groups of Jews active in Jesus’s day (Essenes—the only ones not specifically mentioned in the Bible, in contrast to Pharisees, Sadducees, and a political type sometimes called Zealots) is described by Bart Ehrman as Jews who didn’t think or carry on as though their home were in this world, but in the next. They lived on earth, of course, but didn’t feel they belonged. They tended to hole up in separate colonies, where they hubbubed with each other. This so reminds one of an uptick over the last 2 or 3 decades of those partaking of emblems, although they do not fit the “profile” (faithful Christians with a long track record of faith and works) that you wonder what is going on. Not all of these ones remain in the congregation. There are some who depart, like Essenes themselves, and thereafter express concerned that their anointed status is not more widely recognized.

Or speaker next talked about his home life as a teen. He does this a lot and most in the circuit have come to feel they know his father. The telephone would ring. They didn’t have each one his own smart phone like people do today, he said. There was one phone in the house. He, our speaker, said how he always hoped it was one particular person, one especially sweet someone. Dad would always pick up the phone. By his tone and initial words, our speaker knew the call was not for him. It was for dear old dad. Thereafter, he didn’t have any interest in it—it wasn’t for him. He certainly had no need of asking his Dad—was the call really for him? much less reassuring him that the call was or questioning him on how he knew it was.

This is the same dad who played it cool when our speaker said how, as a teen, he had announced he would no longer go to meetings because they were repetitious. The old man took it in stride. The son was relieved. He had no idea that it would go so well.

The next day the boy made his own peanut butter sandwich, as he did each day. “What are you doing?!” Dad asked incredulously, as though the boy has taken leave of his senses. He was not satisfied with the boy’s answer. “I forbid you to eat that sandwich,” he decreed, with all of his dadhood authority.

Of course, the problem was that it was the same old food he’d eaten yesterday—it was repetitive. And with that, Dad reasoned the boy back to the meetings. He might have made the kid go back on any account, until the boy turned of age, and was off on his own. That’s what parents do. If you do not teach your child, it does not mean that they grow up free and unencumbered, and, when of age, select their own values from the rich cornucopia of life. No. All it means is that someone else will teach them. Why should a parent relinquish that God-given responsibility?

He spins a yarn like this from his boyhood each time he comes, and he comes every 6 months. He is our circuit overseer and how we snagged him as our Memorial speaker I haven’t a clue.

Everyone greeted him on the Zoom squares beforehand. How are you doing? they wanted to know. “I’ll feel better after an hour,” he said. He was just making polite humble banter. But I took him at his word. “If even Jack is nervous,” I said, “what hope is there for rest of us?” Jack is a gifted speaker. 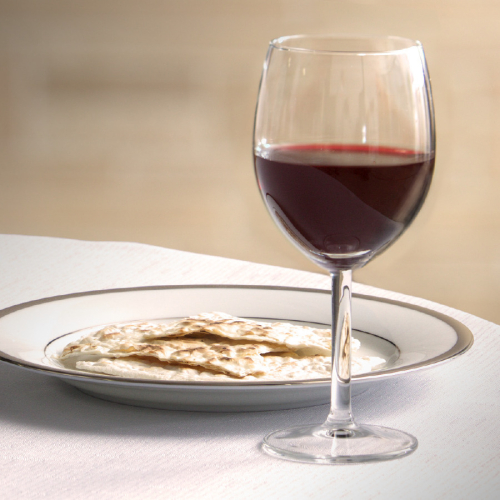