When you tweet from ancient Egypt, speaking into the phone and relying upon AI, you soon learn it is dicey to say Phoraoh Sneferu by name. You do better to name him Pharoah Steven, and make corrections later. Even this is risky. He might emerge as feral Steven.

AI is dumb enough not to recognize whenever you stray off the beaten path with unfamiliar words. Yet it is smart enough to know a sentence should make sense. Therefore, it not only screws up Sneferu, but also two or three words on either side as it tries to reinterpret the entire sentence. It’s both dumb and smart!

It reminds me of the fellow who was selling a talking dog for only $10. Making sure it could really talk, a potential buyer asked it many questions. Yes, the dog said, he could really talk. He had learned to do so auditing courses at the university where they would not let him formerly enroll, discriminating against him because he was a dog. This is how he, after learning how to speak, went on to lead various Dog Rights protests up and down the coast. Furthermore, he had worked for the New York Times and they had sent him to Egypt on a story. where he had explored the pyramids. (He even confessed to peeing on some of the great stones.) Then he bought an entry-level stake in bitcoin and was now a billionaire.

“This is amazing!” the buyer exclaimed. “Why are you selling him for just ten dollars?”

“Because he’s a big liar!” the seller said. “He never did any of those things!” 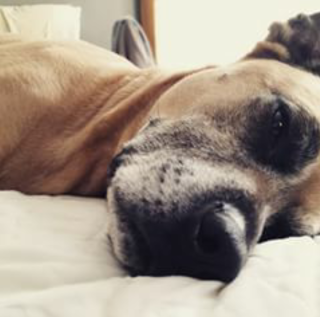