I Knew the Punchline

The circuit overseer related how one couple divorced after 60 years marriage—or was it an anecdote he related? It hardly matters, for it served not to illustrate marriage, but to distinguish between faithful and loyal. The two partners in marriage had been faithful, but they had not been loyal.

I knew the punch line before he arrived at it. I knew it because many years ago Garrison Keillor had told the story on A Prairie Home Companion. 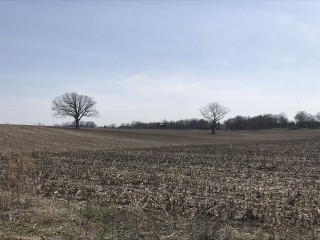 An elderly couple appears before judge to say they want a divorce. He’s 95. She’s 89. “Why do you want a divorce?” the judge says. “Because we don’t like each other. We have never gotten along. It has always been awful.”  “My.gracious!” the judge asks in astonishment, “Why did you ever wait so long?”

“Well—we had to wait for the children to die. The shock would have killed them,” is the reply.

So it was with the circuit overseer’s story—they had to wait for the children to die. Keillor played it for laughs, not the tragedy it really would be. His ‘Tales from Lake Wobegon’ monologue series was immensely popular in the 80s, poking gentle fun at the people of his fictional Minnesotan home-town. One of their attributes was that they would do their duty even if it killed them.

The show’s popularity landed him on the cover of Time Magazine (leading him to write the song Mr. Coverboy). Did the divorce story filter down from Garrison to the C.O, or did both of them pick it up from an actual experience? In a country of 300 million people, it has probably happened many times.

The circuit overseer wasn’t talking about marriage—not that he hasn’t done so many times before, but he was not this time. He was speaking of loyalty to God. The word loyalty has a sticking connotation to it, he said, as he displayed a photo of foxtail barley along side one of barnacles. Both stick, but the first dislodge fairly easily. The second you cannot get off if your life depends upon it. So, with regard to sticking with God, the second is the one to go for.

It is one of those scenarios in which creation provides something that humans allow themselves to be instructed by without crediting the creator. I love posting about this and have done so before. In this case it is how scientists research the ingredients of barnacle glue so as to make better glue themselves. There are four ingredients to loyalty, the circuit overseer identified—appreciation, self-control, love, and faith—and he went on to analyze each one.

Appreciation took him to Psalm 116, the first eleven verses containing more or less eleven reasons, some overlapping, to be appreciative. This was followed up with the rhetorical verse 12 question, “What shall I repay to Jehovah for all his benefits to me?” The CO’s own take was that appreciation unexpressed was like a present wrapped but not given.

Self-control launched into controlling one’s thoughts, speech, and actions. It begins with thoughts. Thus, 2 Corinthians 10:5 came into play, that “we are bringing every thought into captivity to make it obedient to the Christ.” We are the landlords of our minds, he said, the one who decides with thought stay and which ones are evicted. Why would you ever view entertainment that plants thoughts in your mind to make that job more difficult?

Love was next, the “perfect bond of union,” according to Colossians 3:14. “Keep seeking not own advantage, but that of the other person, (1 Corinthians 10:24) does wonders for that quality, in this case the “other person” being God.

Faith was the last of four discussed. It triggered discussion of faithful, and that led into the opening anecdote of the couple seeking divorce after so many years.

It is a special week of activity when the circuit overseer hits town. Besides the ministry, he gives three talks, one of his own devising and two from Bethel. To fit two of them in on Sunday, the Watchtower Study is cut in two, and the paragraphs are not read. COs hardly ever sit though a full-length Watchtower Study. One COs wife told of a time she did that she thought it would never end.