Note: I began to regret subecting followers to so many AI butchered tweets. They’re not tweets anymore. They are dictated into the Notes app instead, and packaged later for the blog.

Akhenaten, the sun [son] never mentioned who becomes king, overturns the military the role of the feral [pharaoh], and religion. Egypt is the most conservative country in the history of the world. You weren’t supposed to change anything.

He is at first Amenhotep IV, named after his dad. He hasn’t changed his name yet

Year five he changes his name to, Akhenaten.

He says, there is only one God, the Atem. The first instance of monotheism. Moses is yet far off in the future. Shaking things up in Egypt, Bob says, all the nations were polytheistic. So had Egypt always been.

When the kids see Athenaten’s huge statues, 18 feet high, in the Cairo museum, they almost always say: what’s wrong with him? It is as though he is deformed somehow, Bob says.

Going into a Egyptian temple is a spiritual experience, Bob says. The floor ramps up, the ceiling ramps down, so you get the feeling you are going into a sacred area. Then the most holy, where the gods are stored.

But with Athenatem’s temple, it is different. Open areas.

Think if you are a priest of another god. You are shut down. Major disruption of society. Bob says. What does that recall about Artimus of the Ephesians?

People could not have been happy, Bob says. Think about the old people, how difficult it is for them to change.

Athenatem builds a new capital, 200 miles to the north of thieves. [Thebes] “It’s not unlike Brigham Young leading the Mormons“.

He thinks the people that moved with him were “like the communes of the 1960s.” People who really didn’t fit in, who had no stake in the status quo. Athenatem moved because his radical one-god was too radical for society, so we had to build his new city in the barren desert.

It’s one theory. Bob likes it. It’s his. Whenever Egyptologist get together, he says the burning question is among them: whatever  to Athenatem? What’s the deal with him?

It was a cult, Bob says. “But think of it, the cult leader was the feral [pharaoh]!“ He can’t possibly know this. It’s just speculation with him. But he says it with conviction. And it makes sense to hear him tell it.

His city means: ‘the horizon of the solar disc.’

Athenatem gives his own “sermon on the mount“ at his holy city. He says: the Atem showed me this place. It’s difficult to get there, Bob says, there are fundamentalists everywhere, as if taking for granted that they are a nuisance.

Athenatem also decrees that there will be no images of the sun disc god. Bob has been to a hotel in the area. When he looked out his window, he says he saw the same site that Athenatem‘s hieroglyphs says the ancient King Saul [saw]. He’s as excited as a kid to tell this.

Egyptologist aren’t even sure there was a belief in the afterlife during this period. Bob says “I wish I had a Charlton Heston voice“ as he recites one of Athenatem‘s  palms “the him to the bottom”. [pslams, the hymn to the Aten] He wrote some pretty good poems of devotion.

The sun disc is an abstract god. He is a god of all the peoples not just the Egyptian’s, all of them. Bob says it was even a religion of loveAnd Vikings [love and likens] Athenatem to a flower child. Look, I’m going to say it. Does this somehow tie in with the God of the Bible? Are they somehow confused with each other here?

There are complaints. Letters of complaint to Athenatem. Egypt is no longer respected, send the army. Which complaints Athenatem seems to ignore, as though he doesn’t really care about the material things. Then he dies in his 17th year. No record of his death, just nothing recorded afterwards.

Some people view him as a loser. Bob Brier doesn’t view him that way. The Egyptians are all his children. He loves them all.

Lecture 22. The discovery of Tutenthamen’s tomb. Most archaeologist would agree that he is the son of Athenatem. This lecture will be about how one goes about discovering at home.[a tomb]

Since chipping a tomb out of one of the walls of the valley of the Kings would leave a lot of limestone chips that workmen wouldn’t want to carry far because they were so heavy, one archaeologist figured if you see large piles of chips, a tomb cannot be far away. Tombs have been discovered that way.

There is graffiti painted on the dorms [tombs] from ancient Greek tourists. One message says: “I was here and I wasn’t impressed“.

I think Bob Brier is the only Great Courses instructor I have heard, or there’s not many of them, who never refers to “his students.“ It’s usually innocent when they do that, but they can smack of being pretentious, as in “I have students, but you don’t.” Bob never does that.He does say “guys” all the time, I have never heard anyone use that word more. Can you tell he is from the Bronx?

Now the story of Howard Carter, who found Tutenthamen‘s tomb. Son of a painter who used to paint pets for rich people. And Howard came along as a boy. One rich client was an Egyptologist and sent Howard to Egypt as a good artist who, because he was low class, Wouldn’t demand much, but would do good work.  He rolls [rose] in the ranks, he caught a tomb thief, but he later was fired when he backed up an Egyptian guard who said no to some drunken French tourist. The PR people wanted him to lean on the guard to apologize to the drunken French. He said no. They fired him.

A super rich British tourist, recovering from an auto accident, the first one in history, Bob says, developed a passion for Egyptology. 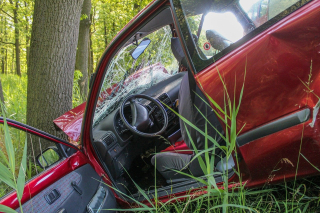 He hires Howard, then existing barely by selling paintings of pyramids.

After some years excavating, he wants to give up. Howard urges him to give him one more year, he finds the tomb in that year. Does it remind you of the vinedresser asking to dig around and put manure for just one more season before the master rips out the grapes?

Didn’t work for the vinedresser, but it did for Howard.

Then he went on to tell this illustration: “A certain man had a fig tree planted in his vineyard, and he came looking for fruit on it, but found none. Then he said to the vinedresser, ‘Here it is three years that I have come looking for fruit on this fig tree, but have found none. Cut it down! Why really should it keep the ground useless?’  In reply he said to him, ‘Master, let it alone also this year, until I dig around it and put on manure;  and if then it produces fruit in the future, [well and good]; but if not, you shall cut it down. (Luke 13: 6-9)

He excavated the tomb in 1922, the inner burial chamber in 1923. He found coffins. The inner coffin made of pure gold. 250 pounds.

But he was known to say “Tutankhamen has eluded me.” He found the mummy, Thousands of objects, no expense spared,but no papyrus as to who Tutankhamen was, where he came from. To this day, Egyptologist debate his lineage.