Home Archives Profile Subscribe
Tweeting the Meeting: Week of April 19, 2021
Mathematics and Everything: From Hannah Fry to Stephen Fry—Part 2

Egypt 12, Lecture 23: the murder of Tutankhamen: a theory

What he next presents, he makes clear is his theory. Some agree, but it seems most disagree. This is like his theory of Athematem, the religious nut, attracting the flower children.

Why do I begin to equate Bob Brier to Maigret, who insisted upon stepping into the shoes of whatever murder victim, to get a feel for him, before arriving at a solution largely intuitive?

Another discussion of how names mean something. I’ve let this pass many times before and remarked upon. I won’t go into it here. But like in the Bible, names are significant. Sometimes people change their name, to indicate new beliefs, often new gods they follow or wish to honor.

Johnson equals John’s son. Goldman equals man who works with or sells gold. It almost looks like the only people in history that use names just as a meaningless tag is our age. Historically they have not been that way.

Tutankhamen changes his name to Tutankhamen, to show that the old religion is coming back. No more monotheism of Athematem. He leaves the city in the desert, and comes back to thieves. [Thebes]

He was about 18 years old when he died. They can tell by molars, they can tell by bone ends, which become less Cine week [senewy] with age. They damaged the money [mummy] getting it out. At the time, before DNA knowledge, people didn’t realize the treasures that were mommies, [mummies] and weren’t as careful as they would be with gold objects.

Because his mommy [mummy] is the only one ever found intact in its tomb, they decided to leave it there. You can’t see it. It is within the sarcophagus. What is there is in the tomb as you go visit.

after Tutankhamen’s death, his widow is the sole survivor of royalty, no one left in the family. She writes the Hittite king.

They were enemies. But she says “they say you have a lot of sons. Send over one, and I will marry him andmake him king.” She ends her letter “I am afraid“. She says “never will I marry a servantOf mine.” It sounds like, Bob says, someone is forcing her to marry a commoner. Who would do that?

He presents all those discussion, not so much to say he is right, though of course he thinks he is, but his goal is to show how an Egyptologist forms a theory.

After checking it out, because he doesn’t believe it at first, the headache [Hittite] king sends a prince. The prince is murdered at the border. A government job, Bob says. This is only in the Hittite records, not Egyptian ones.

He found the new berry [Newberry] ring in an antique with his shop. He didn’t have the money to buy it. He drew it. It showed Tutankhamen’s wife and Aye together. They were married. Was Aye the commoner Tutankhamen’s wife was afraid of? She disappears from history. Someone else bought the ring, so the question comes up:Did it even exist? It has never been heard of again.

Bob says: “it’s like a murder mystery only better!” 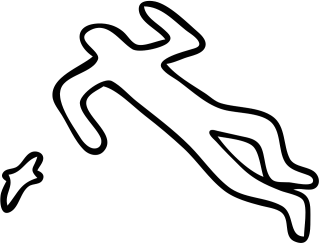 A similar ring was later found. They were married, yes. It is in the Berlin Museum. Bob went to see it. But on the phone the curator did not know about it. Bob asked to speak to another curator. He did know about it. It’s because east and west Germany had just been reunited, and two museums made into one.

I’ve got to admit, Bob’s theory holds together. That guy killed him, and married his widow. But he says it’s just a theory, you shouldn’t take it as fact. He is from the Bronx, though. Bear that in mind.

Wow! Bob plans to go there himself to the tomb and check it out. He wants to excavate the mommy [mummy] again. Now they have CAT scans. Maybe stomach contents will tell him stuff . Maybe he has done these things by now. Best to check it out.

No Bob Brier will do one of what he calls his side trips, this time into medicine. Last time I think it was obelisks, how to make one, how to transport one, how to set up one.

The physicians are connected with the priest. Serving at different temples.

Writing is obviously an important invention. But for some reason the Egyptians didn’t write an awful lot of things. Not mummification. Not how to make pyramids. But they did write down their medicine.

He says “now men will have the appearance of knowledge, but not true knowledge“. So you don’t have to have it in your head anymore. You’ve got it on papyrus, so you don’t need to know it. Apparently that’s his thought.

So there is a tradition that really important things, you don’t write down. And Plato was a student of Socrates, who never wrote anything down.

Three guards, [gods] he discusses the mall [them all], were associated with healing. You went to the temple for your healing. “It was like the clinic”

“Egypt was famous for his positions [physicians]” There are Greek inscriptions of ones who say they came, they asked the guard [god] for help, and they were cured.

Some think that Egyptian’s were so good at Madison [medicine] because they practice mummification, and that’s how you learn anatomy.

Bob himself doesn’t buy it, though. The priest and the bombers [embalmers] were of different classes. The embalmers kind of more slowly [lowly], they smelled, they reeked of chemicals.

They took all organs out through about a 2 inch opening in the abdomen, so you don’t really see too much that way. You don’t learn too much of anatomy that way.

The Edwin Smith surgical papyrus has instructions for 48 types of injuries. It mostly deals with physical injuries, breaks and so forth, that you might encounter building huge pyramids, moving huge blocks.

Magical spells for blindness.  For “when the gods made me see night during the day”

If you had a lame foot, wrap it in a deer skin. The deer is fleet of foot. Maybe wrapping it around your foot will make you fleet of foot like the deer.

So there were two approaches. One was clinical, and one was magical, when the calls [cause] wasn’t known.