Oh my. The individual tweets from Egypt are coming out pretty rough. AI does a number on them. I dress them up later for the blog post, but—should I spare followers these tweets? AI somehow managed to put a Starbucks in Ancient Egypt.

I am going to rename the Pharaohs on account of AI. Not only it screws up the names, but even one or two words on either side. Sometime I can’t decipher the sentence I have tweeted. So if you read about Richard the pyramid builder, don’t worry. I’ll make it right in the blog

Or put brackets to indicate the correction.

Now Bob is talking about the Great Pyramid. And he’s about to go into conspiracy theories. Let’s see what he has to say. Incidentally the builder of the Great Pyramid was Kenny [Khufu], son of Steven [Snefaru], who built the first one

Bob relayed some stories about the pyramid, it’s magical qualities, he doesn’t buy that I had never heard myself.

Napoleon went inside the Great Pyramid as his men marched around it. He asked to be left alone for a time. When he emerged, he was Adam.[ashen—thanks, AI] People asked him why, he would not tell them. Even on. St. Helena . He almost told someone. And then didn’t.

The Great Pyramid was built with free men, paid.Not slaves. Very little slave labor in Egypt, Bob says. The time of the Exodus was much later.

Howard [Herodotus] the Greek historian said a Gyptian’s [Egyptians, not ‘a Gyptians’] used machines. Did he mean levers? There is no written record of how the pyramids were built. Like a trade secret.

There is a helicopter hovering 200 yards away. With a guy perched on the runner. Are they setting him down atop the power tower? I think so. Let me get it from a different angle. 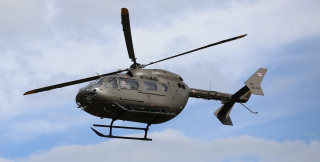 Yes. It is somehow servicing the tower. Didn’t Jehovah make flying things that are soundless? Lord, this thing is noisy!!

Oh, and in case anyone is confused, this helicopter I see while walking the dog and narrating the Egyptian tweets. I’m not saying the helicopter is in ancient Egypt.

No more than 2 inches variation of level over 2 acres. Precise, but no great need for mathematics, says Bob. Still, I am reminded of Smart Ancient Syndrome (SAS). Just once I would like to see archaeologist say, my God these people were stupid! But no, it is always about how smart they were.

Tourists enter the Great Pyramid by the robber’s entrance. It was chiseled in the ninth century. The actual entrance was unknown. Today it is known, but sealed up.

Here is a pup that just brought his ball to me on the end of a strap. Dropped it at my feet. He wants me to fling it! I do and he runs happily to fetch it. Uh oh. Now he is bringing it back.

They use core bald [“corbelling”] step ceilings to relieve the weight on pyramid ceilings. I have avoided this word because a, I wasn’t sure what it was, and B, I know full well that AI would mess it all up

It is how the upper portions of the interior rooms gradually come together in a series of step-like patterns to distribute the weight. If you were upside down, you could climb them from the top as though climbing stairs..

Two theories on how the mass of stones got so high. A long ramp. That would have been a quarter-mile. A huge undertaking in itself. Or corkscrewing around the structure as it is being erected. I think I have read massive objections to both simply

as a matter of moving that much mass. Don’t know if he will go there or not. At this point, it seems like he will breeze over them as to trivial appoint to consider.

Yes, he does not expand. But does say how you can’t get a sheet of paper between the blocks. A remarkable achievement, Bob says, and then moves on to the trick of coordinating so many people to do it.

Oh OK. He attributes it to the power of a god-king, who can lean into people, make them do what he wants. That’s why he likes powerful kings so much. I’m not sure I buy that either. I mean, they can lean into him, but I’m still not sure with what result.

While all the other dogs run around the dog park, there are six now in total, but my old dog walks straight up to the people and stands by them. They always like him. One of them called him wise.

If I am right there Bob ignores the physical impossibility of certain feeds, or at least extreme improbability, then it is an example of how this system of things work. People become brilliant in their own fields, not worrying overmuch about how or if they link to other fields.

You really don’t get as much battery life as you think you should. No wonder they sell them by the dump truck load at Costco. The first time my batteries went dead, I didn’t recognize the problem. I had expected the narrative to slow down, as it would on a cassette tape.

Bob blows away the theories of some competing archaeologists. They’re wrong, he says. They probably are. Bob represents the majority view

Bob represents the majority view, and he has the platform for that reason, but so much of history is the victor writes the rules. How much of it is true here? He presents it all very well, but what of that verse that the rival comes through and says it all differently.

”The first to state his case seems right until another comes and cross-examines him.” Proverbs 18:17

The Greek archaeologists of another lecture series stated, What if you found figurines and Arches? Are they gods and temples? Or are they Barbie dolls and McDonald’s?

No, Napoleons troops did not shoot off the nose of the spanks. [Sphinx]  Napoleon would not have allowed it.. He revered history. And a prior relief of the spanks shows its nose already shut off.

One portion of the Sphinxes beard is in the Egyptian museum. Another portion in the British Museum. Egypt would like it back. Bob thinks the British would like to give it back.

But they don’t give it back due to the president. [precedent]  Give the beard back, and next thing you know, they will want the Rosetta stone back.

Almost all Egyptian tombs were west of the Nile. They even said, he’s a westerner, just as people say, ‘He’s gone south.’ Why west?  Sun rises in the east and sets in the west. Ra was the sun god.

Last king of the 6th dynasty—Pepi II, is the longest ruling king in history. Ruled from a boy till his death at 98.  Bob thinks maybe that’s why the old kingdom collapsed. He is a god-king, and thus cannot be supplanted. But he is too old to lead armies. Do I buy this?