“Based upon Joseph’s interpretation of dreams, the economy of Egypt is planned for the next 14 years.” Seven lien [lean] ones, preceded by seven fat ones during which preparation’s can be made for the Lyn [lean] ones.

Bob Brier assigns everyone homework. Tonight, read Genesis 37 through 50, the account of Joseph. Then he narrates who was Joseph and what was his involvement with Egypt.

Could Joseph’s family have been the Hyksos? Not much is known of the exhaust [Hyksos] ,Brier says.

It was the Hyksos, though, who introduced the horse and cherry [chariot] up into Egypt.

Archaeology has much to say, corroborates the Bible in many things, says BobBrier, but it says very little [or did he say nothing?] about the Israelites in Egypt.

Wherever Joseph goes in Egypt, he is called Abrek. It is enigmatic because it means nothing whatsoever in Hebrew.

Bob Brier narrates the Bible story, which ends in a tearful tale of forgiveness, he even tells where the family settled. It is Goshen. Goshen is in the delta region of Egypt.

Jacob and bombed [embalmed] by the objections. [Egyptians] Mourned for 70 days. Jacob one of only two people in the Bible to be mummified. (Joseph the other)

Joseph, the sharp businessman, bought up all the land for feral, [Pharaoh] making feral [Pharaoh] very wealthy. But he did not buy the land that had been given to the priests.

Here in our walk we come across guys blowing mulch. It’s spring time, beautiful weather today, I’ve never seen this before. Mulch being applied that way.

There is an ancient Egyptian story roughly paralyzing peril apparel [paralleling] the tale of Joseph accused by Potiphar’s wife, called the tale of two brothers.

The name part of her [Potipher] is Egyptian, that fits, says Bob. Calling priest from the house of life to interpret a dream also would fit, says Bob Brier.

The Egyptians believed that everyone had prophetic dreams, that all dreams were prophetic. The real trick was in interpreting them.

There is a papyrus in the British Museum which is a book for interpreting dreams. When you had a dream, you went to the priest, they did not wing it, they looked it up in a book.

Bob was long troubled that they say for the Bible record, that they don’t know, but this may account for it. The dream wasn’t in the book. No lean cows, No fat cows.

Example of the British papyrus: if a man dreams of himself with a dwarf, the interpretation: bad. The expanded version: half his life is gone, Bob thinks it is because a dwarf symbolizes half a man.

The existence of the ancient Egyptian dream book to a great extent confirms how dreams are dealt with in the Joseph story, Bob Brier says. Lean cows, fat cows, they weren’t in the dream book, which Bob says might account for why they would say ‘we don’t know.’

If it’s not in the book, you’re stuck, Barb [Bob] says. So Joseph‘s account has the ring of truth to it, he says.

In Egypt there is a tradition of a seven-year famine. Inscribed in say hill [Sahel] island, I’ll place that many and scription’s were made. [It’s the place where many inscriptions were made.]

The nail den at [Nile didn’t] rise, the reason for the famine. The feral [Pharaoh] made offerings to the guards [gods], he knew enough to do that, and then go to years of plenty. That’s how it is presented.

The Joseph story is written by someone who knew Egypt, Bob Brier  states. I didn’t know if he would blow the story off as fairytale or not. He doesn’t. He’s very respectful of it.

The ring that Farrell [Pharaoh] gives to Joseph, that also is how they would do it in Egypt, a ring to the right hand man. A signet ring. A sign of authority.

When the Bible says, everybody cried out Abrek after him, that’s real Egyptian. Somebody knew what he was talking about. He deciphers the phrase as roughly meeting let God be with you.

Internally, we get a feeling for the Joseph story that it fits. It’s not archaeological evidence, but the story fits. And bombing [Enbalming] for 40 years. Morning [Mouring]  for70. For a long time that was not understood, but it turns out that is how Egyptian‘s did it.

Next is the beginning of the new kingdom: the fabulous 18th dynasty.

Queens become very important in Egypt during this time. Two capitals, Memphis in the north, thieves [Thebes in the south. The return to use of large standing armies. All items Bob Brier means to touch upon.

Women in Egypt were more important than they were in any other country in the ancient world.

Egyptologist don’t know the rules for succession of kings in Egypt. They weren’t written down. This is because of the belief that divine order would prevail. But they more or less agree that it was by marrying the right woman, the woman with the most royalty in her veins.

Reading the meta-data for this course, I note that Bob Brier was born in the Bronx, and still lives there, as he teaches at Long Island University. He narrates like someone from the Bronx. I can’t quite put my finger on it, but he does, he’s a great storyteller, not stuffy, not follow [full of] himself. 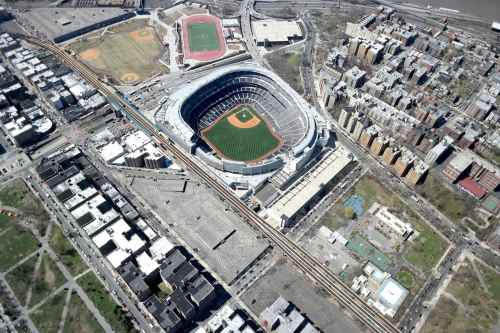 Amos [Ahmose] brought back hands from battle, Bob briar says. They really were a nation of accountants. How do you keep track of deaths in battle? Cut off the right hand. Of those slain.  Almonds sun [Almose’s son] becomes Amenhotep.

How many times do we hear hotel [Hotep] in those dramatizations from Jehovah’s Witnesses? Would they do it today? They do make a huge deal about artwork being historically accurate in the most minute detail.

Do you know that pipe under your kitchen sink that juts around? Bob Brier poses. It’s called an elbow joint. He uses it to illustrate the course of the Nile upstream. It’s called an S trap! What kind of a plumber is he?

Thutmosis is the first feral [Pharaoh] to be buried in the valley of the Kings. That’s the fourth development Bob Brier meant to speak of, I only listed three, I had forgotten the fourth. Reuse of the valley of Kings.

As with prior burial places, the valley of the Kings is on the west side of the Nile. The west, where the sunsets, associated with the end. There is no Egyptian word for queen. What we know as queen, they actually call great wife.