Home Archives Profile Subscribe
Live Tweets from Ancient Egypt: Part 13
Shishak Beats Up Rehoboam—From Egypt’s Point of View. And Why did Indiana Jones Search for the Ark in Tanis?

Don’t persecute them! a certain foe with no use for Witnesses urged Russia. You’ll just feed into their “persecution complex.”

Well—sure. The best way to feed a “persecution complex” is to persecute whoever has it. On the other hand—which came first: the chicken or the egg?  If there really is persecution, who says it is a persecution complex? Isn’t reality the word he is searching for?

In December 2020, there came an United States Commission on International Religious Freedom report—it is a bipartisan commission, and thus not a product of any one political administration—entitled: “The Global Persecution of Jehovah’s Witness.” Religious scholar Massino Introvigne digests it and issues the obvious byline: “Jehovah’s Witnesses: The World’s Most Persecuted Religion.”

The report serves to erase all doubt, even among Witnesses themselves, that theirs is the most persecuted religion today. It is not that other faiths do not suffer persecution from place to place—they certainly do—at times more brutal than that of the Witnesses. It is that no matter where you go, the Witnesses face it in one form or another. The USCIRF focuses on nine different nations—they are all assigned subheadings: Eritrea, Russia, Tajikistan, Turkmenistan, Azerbaijan, Uzbekistan, Kazakhstan, Singapore, and South Korea, but makes clear that these are just the tip of the iceberg, which does “not include the many other countries where the faith is banned or faces official harassment. The situation is ultimately even bleaker than our survey might indicate.”

Those many verses about persecution?

“You will be objects of hatred by all the nations on account of my name.” (Matthew 24:9)

“All those desiring to live with godly devotion in association with Christ Jesus will also be persecuted.” (2 Tim 3:12)

If the world hates you, you know that it has hated me before it hated you..  If you were part of the world, the world would be fond of what is its own....Bear in mind the word I said to you, A slave is not greater than his master. If they have persecuted me, they will persecute you also.” (John 15:18-20)

and others? They are fulfilled upon the group whose members approach persons one-on-one to speak “about God and bearing witness to Jesus.” (Revelation 1:9) There were repercussions when John did it—exile to the island of Patmos. There are repercussions today. In Russia, it has been exile to Siberia.

It is crazy, so contrary to what anyone would expect, yet it is the way things are. So crazy is it, yet so exactly fulfilling Bible expectations, that it all but screams: Here they are! Here are the people hated for doing good—exactly as the Bible said would be the case! The top dishonor of ‘most persecuted’ becomes the top honor of ‘identifying the people taken from the nations for God’s name.’ (Acts 15:14) It is why I ended a chapter in I Don’t Know Why We Persecute Jehovah’s Witnesses: Searching for the Why with: “When searching the field of religion, look for the group that is individually praised but collectively maligned.”

As for suffering under persecution, Jehovah’s Witnesses will be fortified with: “What merit is there in it if, when you are sinning and being slapped, you endure it? But if, when you are doing good and you suffer, you endure it, this is a thing agreeable with God.” (1 Peter 2:20-21) “Look! We pronounce happy those who have endured”—the James 5:11 verse is woven into the current circuit assembly program. As is Proverbs 27:11: “Be wise, my son, and make my heart rejoice, that I may make a reply to him that is taunting me.” It is the Devil taunting God, as he did with Job, that a person will serve God only when the going is easy.

If you peer into the pants of this or that king to tell of his soiled underwear, you can expect him to get mad. But what if you treat him with respect while you simply go about your innocuous business? Won’t he leave you alone? You would certainly think so, is the gist of Introvigne’s parting remark, but—alas—it is not so:

“What the Jehovah’s Witnesses defend is the right to live differently, in this world, yet part of a kingdom ‘not of this world,’ as Jesus says in John 18:36. Are our societies prepared to tolerate those who live in a way different from the majority’s, as long as they are peaceful, honest, and law-abiding citizens? That the answer is ‘no’ in an increasing number of countries proves that our world is becoming a dangerous environment for religious liberty.” 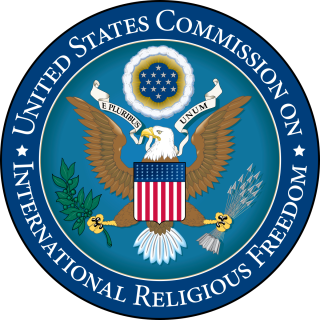 We have never asked for an easy life. But, it sort of tends to be that way in this country, USA. Right now, it’s most we have to put up with, well idiots, and idiocy.
But that will not be the case, indefinitely. And it will to our eternal good, to learn of and pray for our dear brothers and sisters in lands where their life is truly constricted in one way or another, as far as worship is concerned.
Because in one day, maybe sooner, then later, (maybe not) but we will share with them in that same boat.
Headed for Armageddon!