Should I razz the speaker today, the one who follows me here on Twitter? And say he is one whose wife kept a hidden box in which there was 3 eggs and $6000? …..1/2

When he found out each time he gave a bad talk, she added an egg to the box, his chest puffed out. “40 years a speaker and only 3 bad talks!” he said. 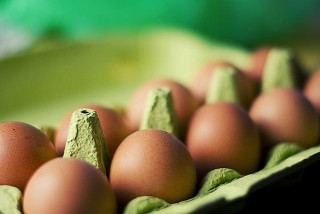 His chosen song is #44: ‘A prayer of the lowly one.’ I like how in the refrain each line ascends the scales, until the final line returns to the starting place. (Do musicians have a better description of this?)

The speaker says how the root word of ‘comfort’ from 2 Corinthians can also be rendered ‘encouragement.’ I know this is true, for when I wrote ‘Don’t Know Why We Persecute’ & used that verse, I found translations were divided about 50/50 over that word choice.

Elijah mocks the prophets of Baal with “some of the best sarcasm in the Bible,” says the Bible.…‘Yo, call out louder! Maybe he’s in there taking a dump!’ 1 Kings 18:27 [my words, not his]

WatchtowerStudy article for today: Avoid Stirring Up Competition​—Promote Peace“.  Theme scripture: Let us not become egotistical, stirring up competition with one another, envying one another.”​—GAL. 5:26.    Song 101: Working Together in Unity

Huh. Something I have not seen before. The Watchtower conductor displays in smaller picture, with Zoom text above that his bandwidth is low.

One sis comments on paragraph 3 with “Is my self-worth tied up with what others think of me?”

Para 4: and if we insist on comparing ourselves with others, it’s probably worth reflecting on 1 Corinthians 1:26 that none of use are really hot stuff….”not many wise in a fleshly way, not many powerful, not many of noble birth, but God chose the foolish things…1/3

Para 7: Isn’t the “negative qualities of egotism and envy could be likened to impurities contaminating the fuel that powers an aircraft”illustration (which I’ve not heard before) inspired by the scripture that accompanies it, Proverbs 16:18, about pride before the crash?

Para 8: Never does their fail to be at least one quality in which the other person is better than you. Find that quality and hone in on it. It is the secret of Philippians 2:3

One sis (who does have children) comments on how to be involuntarily childless “is hard enough on a woman,” but then to be taunted over it… 1 Samuel 1:6

Para 16: For example, there is no record that he took offense when Aquila and Priscilla “explained the way of God more accurately to him.”​ acts 18:24-28   Sure. Good point. A lot of “eloquent” men will take offense at correction.

One bro puts words in the mouth of Apollos in that pic of he speaking with Paul. ‘He’s not saying that,’ I tell my wife.

One bro talks of how small stitches are preferable to large ones. You would want that in a surgery, he says. They look better, too.

After the meeting, the speaker who was dogsitting, said how mortified he was at the dogs loudly lapping up water. I hadn’t noticed that.

The assigned Bible reading for the #midweekmeeting is Joshua 1-2. Starting any new book there is always an overview of what’s ahead.

My service buddy, the one who says to me (and I to him) “Try not to screw up this door like you did the last one” is standing for the opening song, but has not adjusted his laptop. All we see on Zoom is a torso.

“Be courageous and strong. Do not be struck with terror or fear, for Jehovah your God is with you wherever you go” (Joshua 1:9) is a theme that I think will reverberate tonight.

Mercifully, the reader for Joshua 2:1 does not pronounce the city of Shittim so it sounds like you-know-what.

The chairman just told the teen reading the first talk that he is an excellent reader (he is) and that we can all learn from him (we can.) He even interjects on the youngster’s appearance that “you look so good”—as though commenting on threads.

And to think as a high schooler (before my Witness days) the prospect of a standup book report would strike terror in me. If deferred one day for lack of time, it just meant it was sure to come tomorrow

“Hard to think someone wouldn’t be interested in listening to you talk,” he tells another young sis after she completes the RV talk.

Whoa. The third talk, a bro taking it on short notice, begins with him telling his HH of a verse that will “blow your mind.” Job 26:7 about the earth “suspended upon nothing.” Not bad for3500 years ago, when people thought things, even stars, had to be attached to something….1/2

I mean, if it claims to be the Word of God, it can’t just parrot the stupid stuff commonly believed back then—stupid to us, though not to wise men of the day……2/2

Huh. Didn’t do the part on the schedule about conscience. Did the GB #7 update instead.

Look, the temple Ezekiel saw wouldn’t fit on Mt Moriah—too big, and Mt Moriah isn’t above all other hills—there are higher ones surrounding it. And no river is going to flow from the Most Holy bringing the Dead Sea to life—not in any literal temple.

“describe the temple to the house of Israel, so that they will feel ashamed because of their errors, and they should study its plan.” Ezekiel 43:10

Show the plans of my house and someone might feel ashamed if it calls for 2x8s and they typically use 2x4s.

What is it about “the carcasses of their kings” defiling God’s holy name, not to mention their “spiritual prostitution” that appeals to me as a description? (Ezekiel 43:7)