Tweeting the Meeting: Week of September 6, 2021

Weekend Meeting Title of the public talk today is ‘The Kingdom of God is Near.’

The speaker today is that retired police office, highly respected, that if you are cleaning your gun on private property that JWs have rented and he in security asks nicely you to leave and you don’t because you “have rights” you soon find yourself surrounded by cop cars.

When the speaker read of “a noise from heaven, just like that of a rushing, stiff breeze,” (Acts 2:2) why did I hear it as a Russian stiff breeze? [‘sounds like a mixed drink,’ someone says afterwards]

The GB serves as “ambassadors substituting for Christ, as though God were making an appeal through us. As substitutes for Christ, we beg: “Become reconciled to God.” (2 Corinthians 5:20) They announce kingdom, tell benefits of, and tell requirements of.

“Have the governments of the world succeeded in bringing peace to the world? No,” says the speaker. “Have they failed miserably? Yes,” he continues. JWs appeal to those who don’t equivocate.

The speaker is in 3-piece suit and there is no question of the lower third replaced by jeans. Probably his shoes are shined. He is too respectful for it to be otherwise. He is a balm in the congregation who is quick to come to people’s aid.

“As we drive down the highway mile after mile, our windshield gets dirty. We have to clean it from time to time,” says the speaker, referring to things that would deprive people of clear spiritual vision. 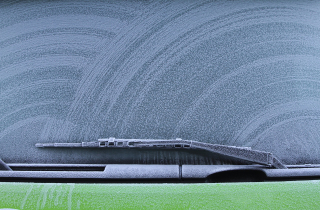 “For look! I am creating new heavens and a new earth; And the former things will not be called to mind, Nor will they come up into the heart.” Isaiah 65:17

The sister just commented who when the home improvement salesperson wants to speak, not just to the husband, but also the wife, says “I don’t do that.”

A verse advancing the novel notion that Jehovah is an example of endurance: “What, then, if God had the will to demonstrate his wrath and to make his power known, and he tolerated with much patience vessels of wrath made fit for destruction?” (Romans 9:22) ….1/2

So it’s not easy for him. He doesn’t have it made in the shade after all….2/2

Man, I hate when your have your hand up and the conductor asks an additional question then calls on you. #Eggonyourface

So God can beat the snot out of any challenger, but that will only prove his power, not that he is right. It might even suggest he is wrong to act so immediately. No, he has to let time play out.

We always best remember the study guide is use when we were studying. #Truthbook

One bro comments how in a war, both sides are apt to claim God is with them. Yeah. Just once I would like to see a war in which one side or the other says “We are the bad guys.” [‘do you realize you are saying you’d like to see a war?’ one sis says afterwards]

Though not in the lesson, one sis mentioned Psalm 116:15  “Costly in the eyes of Jehovah Is the death of his loyal ones.”  It was the favorite verse of a sis whose husband had died and then she did later.

On mistreatment of the animal kingdom, the sis who is a veterinarian has something to say. I guess I should have foreseen that.

Someday an overhead comet will reverse roles and leave animals in charge. When that happens—we’re in trouble. #Payback.

Ah. Good. The bro who is not in good health and was away for a time just read a scripture.

Closing out the book of Deuteronomy tonight. Final two chapters, 33 & 34. Who knew that Jeshurun was another name—an affectionate one—for Israel? #midweekmeeting

“He buried him in the valley in the land of Moʹab, opposite Beth-peʹor, and nobody knows where his grave is down to this day.” Deuteronomy 34:6

“For what possible reason did Jehovah not reveal Moses’ burial place?”

So it wouldn’t become a tourist trap.

The key to the Bible reading, Deuteronomy 33:1-18, is to break it down according to who is being addressed. There is the setup, then remarks to Reuben, then more to Levi, then a little to Benjamin, then much to Joseph. I know this is key because the reading was assigned me…1/2

on short notice and I had to figure it out….2/2

When a young teen came 2the door home alone, I engaged him in brief chat, maybe 5 min.Taking my leave, his mom pull up the drive. Introducing myself briefly, I said I had asked her youngster a question or two & he had answered intelligently. “You should be proud of him,” I said.

When pre-meeting chat turned 2 timeshare salespeople, I told how mine had been a former NYPD detective. What a perfect 2nd career 4a detective, having to read people, I laughed. “You don’t think I’m reading you right now?” he says. I do, I told him, that’s what makes it so funny!

Was that an unheard gasp I heard at encourage to cover a lesson per week in the new guide?

“Why should you show this video to new students?”

So they hear the 1 lessen per week goal and know that you’re doing it wrong if you squeeze out every point for 5 weeks.

Heavenly things in Paul’s temple vision, not Ezekiel’s. Sacrifices outlined for many in Ezekiel’s temple, not needed at all in Paul’s, since Christ sacrificed “once for all time.” Almost makes you wonder that they could have been mixed up to begin with.

With 6 centuries to go of following the Mosaic law, it’s not time to put the cart before the horse, detailing how the future one works, lest people forget about the present one.