Home Archives Profile Subscribe
Reproving Aaron Rodgers—it Would Have Been 34-0 had he Followed Proticol
Relief in Russia? Part 1

The publicspeaker today presents ‘How can youth find success and happiness?’ He was born in S America and spoke of visiting his grandpa high up in the mountains, in a house of clay and rocks, where a book caught his attention that spoke of a river clear as crystal.

Proverbs 13:20, who to have as companions in journey? One working with wise will become wise, ones dealing with stupid will fare badly, Friends over time do have a profound influence on us.

“Each one of you should know how to control his own body in holiness and honor,  not with greedy, uncontrolled sexual passion like the nations have that do not know God.”…2/2

The speaker is explaining dating and issues facing youth very well. “I can see what Maryann saw in him,” my wife says, as we have known her for a long time.

“and I will fill this house with glory,’ says Jehovah of armies,” says the very next phrase….2/2

Huh! The framed artwork displayed in the Watchtower reader’s room, behind & off to the side of he and wife, reads ‘kindness matters.’ He is known that that quality.

There is apparently an overhead round fluorescent lamp above the Watchtower conductor, which reflects in his glasses depending upon how he moves his head, and gives the impression on specs within specs.

Para 6: disunity everywhere, but there is one thing on which nations are united (I’ve used the point in service before): …The kings of the earth take their stand…gather together as one Against Jehovah and against his anointed one [and] say: “Let us tear off their shackles! Ps 2

Even the suggestion that the “kings of the earth” might one day need to submit to a higher authority is like “shackles” and “ropes” to them, one bro points out. Ps 2

When the child came to the door alone—12 years old or so—I kept very brief and left something to give to her mom. ‘I would have witnessed to her,’ ivonne just arrived from Ecuador said. That’s because she was accustomed to mature children, per https://www.jw.org/en/library/videos/#en/mediaitems/VODIntExpTransformations/pub-jwb_202004_4_VIDEO

Para 13: “Because the wealth of the sea will be directed to you; The resources of the nations will come to you.” Isa 60:5….This is how it works with God’s people, I am convinced, as “precious things” bring their individual gifts and talents to the altar.

Para 15: “The political systems of this world will demand our worship and will persecute those who refuse to support them. (Rev. 13:12, 15)” The systems are not necessarily nation vs nation, but can also be populists vs globalists.

Yes, and what of that full-of-himself bro (um—is that me?) who takes his bow after each comment, repeating it to himself, and forgets to put his hand down so he is called on unprepared?

Para 18: “Now the expression “yet once more” indicates the removal of the things that are shaken, things that have been made, in order that the things not shaken may remain.” …1/2

Is this a reference to the ‘precious things already having “come in” so what remains can have the daylights shaken out of it?…2/2

No #midweekmeeting has begun like ours. “Good evening, friends. We welcome, etc, etc, then follows a long pause—so long like you suspect technical glitch.…Then, “Okay. So Alexa has interrupted our meeting….and he continues. …1/2

He must have set her off somehow. That’ll be the day I have that woman in my house….2/2

“Now look! I am about to die,”and that elder who I love to tease tells how those words will invariably make people sit up and take notice. (Jos 23:14)

I mean, it didn’t really ‘hear’ anything, but they did commemorate some events meant to have lasting significance that way…..2/2

The householder who has been coached to be surly is certainly doing a good job. It reminds me of when I did a demonstration, coached the householder to be grouchy, and he was so much so that I lost my train of thought.

That one sis is dressed in white with a white head covering that sits so far back on her head that you only see a sliver and it looks like a nimbus.

The last thing we say is important, the chairman says, usually because it is the first thing people remember.…This is all the more reason to speak concisely and not say many words at all.

That older sis who once was a schoolteacher has a teen for her householder and must be reliving her glory days, even checking on the Goal and the end and assigning “homework.”…The girl is answering nicely and in a real class would get an ‘A’

That workplace video didn’t resonate at all in our family because whenever my wife would bring up me at her workplace her workmates would all swoon with envy.

I’ll jog your memories on things covered a few months ago, the conductor says.…It’s a challenge to jog our memories on what happened five minutes ago.

They were saying, ‘Jehovah has left the land, and Jehovah is not seeing.’—remarkable, since they WERE the elders of the land. (Ezekiel 9:9)

The one bro said (in effect) that there is a difference between sighing and groaning, and bellyaching and complaining.

The two new ministerial servants both had parts in tonight’s meeting. They done good.

Yikes! Here I am tweeting the meeting and the video kid is checked by parents for texting during the meeting, and I am doing just the same thing only with tweets! One character unexpectedly started acting up & I ended up unfollowing him. It could have waited, I suppose. 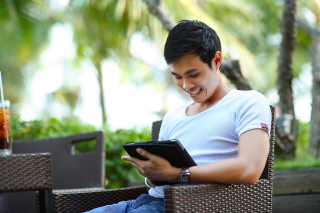 This is only a preview. Your comment has not yet been posted.

The letters and numbers you entered did not match the image. Please try again.

As a final step before posting your comment, enter the letters and numbers you see in the image below. This prevents automated programs from posting comments.

Having trouble reading this image? View an alternate.

Comments are moderated, and will not appear until the author has approved them.

(You can use HTML tags like <b> <i> and <ul> to style your text. URLs automatically linked.)

(Name and email address are required. Email address will not be displayed with the comment.)