For the longest time I was the only Tom in the Kingdom Hall, but that is no longer true. Consequently, in pre-meeting Zoom chit-chat, the other Tom said he now has to check before he responds to a greeting by name. Yeah—Him and me both.

Think that’s bad? Joe said, you know how many people are named Joe? Yeah, but at least he can take comfort that there is the expression ‘a good joe,’ whereas the is no corresponding expression ‘a good tom.’ Except at Thanksgiving, one sis chimes in. 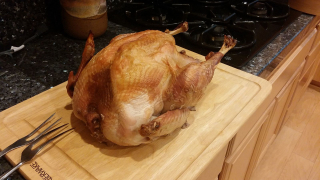 The publicspeaker today is the one known to sprinkle Beatles references in his talks, even to the extent of invoking a ‘good ol days’ scenario. He takes care, though, not to run afoul of Ecclesiastes 7:10….1/2

“Do not say, “Why were the former days better than these?” for it is not out of wisdom that you ask this.”….His talk today: ‘What Kind of Name are You Making with God?’….2/2

“Draw close to God and he will draw close to you,” the speaker cites James 4:8, adding, “it’s a process.”

Yikes! In speaking of challenges, a reference made to ‘Fiddler on the Roof’ Tevye who addresses God with, ‘I know we’re the chosen people. But couldn’t you choose someone else sometimes?’ …1/2

“For this is what the love of God means, that we observe his commandments; and yet his commandments are not burdensome.” (1 Jn 5:3) “In many ways God is kinder to us than we are to ourselves,” the speaker says, “and far more perceptive.”….2/2

The speaker used to be a salesperson (I didn’t know that). His uncle would say, ‘When you get up to come to work each morning, do you wait for every light to turn green before you start?’

He has one of those crazy multi-syllabled last names that nobody should have which is close to that of the Wt conductor and he mentions how he two are mixed up in his opening remarks, “Yeah—the first names too,” add the chairman. Ted and Todd—I guess so.

Watchtower Para 3: Sometimes when I get up a head of steam telling how things ought to be, I detect eyes glazing over, and I say, “Yeah—he just thinks I’m an old geezer.” It’s a good check. ….1/2

You can guide the younger, but only if you don’t bowl them over or lose sight that ‘the scene of this world is changing.”….2/2

Para 6: “Similarly, a modest person knows when it is time to “change to a lower gear” so that he can continue to be active and productive in Jehovah’s service.” The topic is how to best adjust as one ages.

Why do I think of Bro Herd, always quipping, playing the ‘grumpy old man’ card to the hilt, who says he would like to retire, “but they won’t let me.” He does get to sit, however.

Para 11: I laughed aloud (Zoom-muted, fortunately, but others were too) at the elderly sis who commented on the challenge of letting go as we get older and begin to decline “soon after 40.”

HA! “How about the Smith family?” the conductor calls on someone, and as that one answers with Zoom box filling the screen, a decorative plaque on the wall actually says “The Smith family.”

The speaker who makes frequent references to the Beatles (though he didn’t today) and people tease him about it signed off of post-meeting Zoom chit-chat with, “I hope I passed the audition.”

No, it is not new or anything, but the speaker still gets a mild smile by mentioning our favorite exercise, ‘jumping to conclusions’ as he considers the altar spat of Joshua 22. #midweekmeeting. Chapters 20-22 this week.

Oh, by the way, did I mention (I didn’t do TweetingtheMeeting that week) the bro reinstated after being out for—what? 20-30 years?  (His prior remark had been ‘It’s time to come home.’)

“he killed his fellow man accidentally and he did not previously hate him” was a criteria. (Joshua 20:5)…1/2

Underscores that one ought not to have unresolved grudges lying around lest an accident not be interpreted that way…..2/2

Of course, somebody mentions that old standby Jos 21;45 during the gems portion: “Not a promise failed out of all the good promises that Jehovah had made to the house of Israel; all of them came true.”

Sung ‘We Must Have Faith’—midway song. Formerly ‘We Must Have the Faith,’ it once had a very distinctive beat, now much muted but still there. When it would begin, my two-year-old’s eyes would light up as she exclaimed, “It’s Dah dah dah dah DAH!”

Three days of the Regional attempted sum-up in 15 minutes. Of course, it can’t be done.

The elderly sis, once a schoolteacher, points out how the sins of omission of BtG, though not so graphic, are far more pervasive.

Uh oh. Just announced my favorite (retired) CO died, tho I knew it a few hours ago. An intelligent and empathetic man, he outlived his wife by ten years, and he is the ONLY person I mention by actual name during his lifetime in ‘Tom Irregardless and Me.’ …1/2

Everyone else is renamed, if not made up….2/2