Speaker is from the neighboring congregation. ‘Why Christians Must be Different?’ is the topic. He starts with pic of a chameleon, which changes skin color based on, temp, light, emotion—then goes on to how majority instinct of people is to blend in.

He brings out how Peter fell to peer pressure, though he wasn’t young or inexperienced. Don’t think peer pressure is something just kids to watch out for.

He closes with the same chameleon illustration he began with…..1/2

When situation we are in gets hotter, intensity of light is spotlighted, or when we feel our own emotional state start to change because of fear of man, may we a show a courageous or different spirit. True Christians must be different ….2/2

“But at times this life’s anxieties
are the cause of fears within,
And the hope that burned so brightly
has suddenly grown dim.”
…So Jehovah, please instill in us
a heart that won’t forget,
For you’ve always been our comfort…1/2

when troubled times we’ve met.
And these thoughts that lift and strengthen us
can revive that dying flame,
For they fill our hearts with courage
to speak about your name.”….2/2

Para 1: If approaching the high and mighty, we give choice to words so as not to offend, one bro says, because “they expect that”—words to reinforce that they are above you. Then he contrasts with God’s invitation to call him ‘our father.’

That elder I love to tease is wearing a tie today that effectively says: HELLO!!! PLEASE TO MEETCHA!!!!!

What if you feel caught in a pinch point of the potter’s wheel, one bro said in the spirit of Par 7. God is using imperfect people to relate to other imperfect people because that’s all he has at the present time.

Make a comment—bask in the glory of own wonderful wisdom (and forget to lower hand)….Get called on again unprepared. Say something stupid.

A comment on what you see here? the conductor asks about the pic. Well, the bro has his blue hand up.

Par 16: “Studying this article…explained that being willing to forgive

others does not mean that you approve of their wrong behavior or minimize the damage it causes. But forgiving does mean letting go of resentment for such wrongs and maintaining your own peace.”…1/2

Yeah. If you don’t forgive it will mess with you more than with the other person….2/2

God knows how to put the ‘fun’ in dysfunctional, the conductor quips.

Para 19: Who are your brothers?” the judge asked suddenly. The bro answered with Matthew 12:50: “Whoever does the will of my Father who is in heaven, that one is my brother and sister and mother.”

The bro just answered who has moved back to his childhood home of Texas. A family with an oil background, when working with him in service & driving past a gas station, I would exclaim, “Look! Texas tea!” 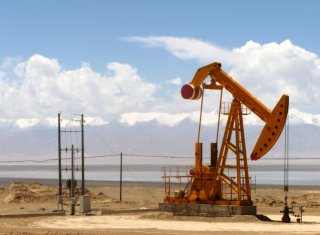 Sigh…the time has come again. There sure are some weird accounts in Judges. #midweekmeeting

I well remember a speaker telling how Ehud delivered “a very pointed message” and my buddy cracking up over it. (Judges 3:21)…1/2

To say nothing of how Adonibezek turned philosophical in his old age. Minus great toes and thumbs, he reflected on how he had detoed and dethumbed 70 kings, and took it as payback. (Judges 1:7)…2/2

“All that generation were gathered to their ancestors, and another generation arose after them that did not know Jehovah or what he had done for Israel” judges 2:10…Not so easy to pass things on to the kiddies as you might think.

Well, Neeta is stressed too. Going around thinking it all rests on her shoulders and she’s messing it up? Call that not stress? Works better when she applies 1 Corinthians 3:6…“I planted, A·polʹlos watered, but God kept making it grow.”

I’m all fired up! one bro said to my favorite circuit overseer, who retired long ago and maintained circuit overseer hours until he died. His reply was not to be fired up—‘you’ll burn up. Better to be aglow with the spirit.’

Antitype is like one of those Russian dolls that you open and there’s another one inside. Only in this case, the one inside is the greater. It’s a drama that stands all by itself. But an even greater one waits in the wings.

Even when not scripturally indicated, we have said antitype. Now we just say ‘This reminds me of that.’ That way no one can say it didn’t.

Many times I’ve heard the chairman call on a hand only to hear it is a residual hand. But not till tonight have I heard him say ‘Is that a residual hand?’ and be answered, ‘No. It’s a real hand’ before commenting.

Four bad things logged: “The error of the house of Israel and Judah is very, very great. The land is filled with bloodshed, and the city is full of corruption. For they say, ‘Jehovah has left the land, and Jehovah is not seeing.’ (Ezekiel 9:9) …1/2

The elder I love to tease conducted a part and he is so bad that the whole congregation began to cry. This bro follows me on Twitter so I try to make it worth his while.