The Babylon Bee has taken to embedding that interview with Elon Musk into their posts. As well they should—who would ever have thunk Musk would show up there for an interview? Apparently one of the BB crew had mused about what it would be like to interview Elon Musk, whereupon Elon Musk, who is a fan, contacted them. ‘You want to do an interview? I can do it Sunday.’

I watched it. I confess my opinion of him soared. [Get it? He’s a rocket guy. Ha ha ha] I had expected a guy with serious eccentricities. Instead, he is surprisingly (one more time—sorry:) ‘down to earth.’

I like it when people are uncomplicated. The BB guys were stumbling around—one of them fessed up how unqualified he felt to interview Musk, and seized upon, ‘Could H&R Block do his taxes?’ They easily could, was the unexpected reply. His finances are completely transparent. He stashes money nowhere, draws no salary, and “does not live a life of conspicuous consumption.”  His worth is all in his 20% stake of two companies that became huge. He does not ‘diversify.’ If Tesla and SpaceEx went bankrupt, he would too, immediately, and he stated his belief that it should be that way—if his investors suffered, he should too. And there were many times early on when the companies veered perilously close to bankruptcy.

He just wasn’t flakey as I anticipated he would be. He’s sending rockets into space, laying plans to colonize Mars, so you expect—I mean these guys are almost always this way—him to rhapsodize about the billions and billions of stars that just have to be home to brilliant aliens. Instead he says, “If anyone would know about evidence of aliens it would be me, and I’ve seen nothing.”

Probably he’s all swooning and agog over the trendy ‘metaverse’ to come, I figured. Instead, “I don’t know if I necessarily buy into all this metaverse stuff….It just sounds kind of buzzwordy.” And that neurolink that he speaks of implanting into people and it makes everyone think he’s a mad scientist? Oh—it makes perfect sense when he explains it. Even in the best person, the mind thinks at lightning speed. Computers and the internet operate at lightening speed. It is all hampered by the snail like interface: the speed at which we manually type. What if we could bypass that? But he’s not even thinking about regular people. He’s thinking of those impaired, like those with locked syndrome, fully alive in their head, but unable to move a muscle. “That ought to help a lot of people,” he says of his envisioned neurolink.

One of the guys brought up his online squabble with a senator (Elizabeth Warren). “She struck first,” he said. “She did actually call me a freeloader and a grifter who doesn’t pay taxes. I’m literally paying the most tax that any individual in history has ever paid this year, ever, and she doesn’t pay taxes, basically. And her taxes and salary is paid for by the taxpayer like me. If you could die by irony, she would be dead.” He told the senator, among other things, that she reminded him of his mom who used to periodically enter the family room to yell at him along with all his friends for no discernible reason.

He’s paying the most tax in history because he sold some Tesla shares to do so. Other than that—he draws no salary and doesn’t live high—“What am I supposed to do?” he says. “Do I send shares to the government? Unless I sell shares there is no actual mechanism to pay tax. So I said ‘should I sell 10% in order to pay tax?’ I asked Twitter and, on balance, they said yes.”

He had observations about humor too, and spoke of the “woke mind virus” that he thinks is spoiling it all. “Wokeness wants to make comedy illegal. … Do we want a humorless society that is simply rife with condemnation and hate, basically?” he asked. “At its heart, wokeness is divisive, exclusionary, and hateful. It basically gives mean people a shield to be cruel, armored in false virtue.” Works for me.

Seems to me the guy uses Twitter as diversion, as B.W. Shultz put it, a guy as old as time who has co-authored two volumes of the most exhaustive historical research out there on forces that shaped the early Bible students who later branded themselves Jehovah’s Witnesses, my people. Shultz likened Twitter to the background chatter of a coffee shop that you can follow with half an ear and participate in whenever you wish. Yeah. That makes three of us. I view it that way too.

All told, I’m not sure that Elon Musk fits into that seanburkeshow satire of the BBC science documentaries—the one that speaks of extremely hot places like the sun and extremely cold places like “the arse end of Jupiter,” before cutting to scenes of “the most massive entities in the universe, such as the egos of billionaires”—and there against a backdrop of stars is a superimposed Musk, Bezos, and Branson. I don’t think Musk belongs there. He just doesn’t strike me as a person of insufferable ego. The mock professor Burke, “dressed as a cool substitute teacher,” also has concerns about finding aliens, but they are not the same as Musk’s and he needs to down several beers in order to spill them. It’s a tiny bit crude, but survivable. 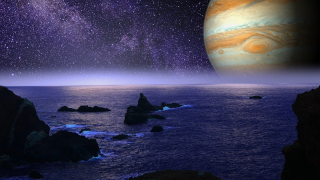 At interview’s end the Babylon Bee guys ask Musk their ten questions, which are like the Ten Commandments only not so important one of them says. They ask them of every interviewee. They’re oddball questions, most of them, that take Musk by surprise as they would anyone. But Elon is cool, not wound up too tight, and he regroups. The final question—since the Babylon Bee is a ministry, its founder points out, is—will he really screw up his courage and ask it? Yes! He presses on: “We're wondering if you could do us a quick solid and accept Jesus as your Lord and Savior? … Personal Lord and Savior. It's a quick prayer."

Just how does the richest man in the world deal with that one?