You gotta hand it to the bros. Working hard as they do to spin gold regarding worship, morals, organization, and even family from those last chapters of Judges. If there were Nobel prizes awarded for religious instruction…. #midweekmeeting

Another point on Judges 20:16– “In this army were 700 chosen men who were left-handed. Every one of these men could sling a stone to within a hairbreadth and would not miss. …Literally it is they “would not sin” and illustrates the meaning of sin—missing the mark.

Why do I think of the All in the Family episode in which the Meathead quotes some horrific Bible account, Gloria exclaims “That’s terrible!” and Archie corrects her with: “That’s beautiful—it’s in the Bible!”   ?

I recall the explanation that the Bible is a record of history, covering when humans obeyed God, disobeyed him, and simply lived their lives separately, ignoring or unaware of him. …1/2

Judges closes: “In those days there was no king in Israel. Each one was doing what was right in his own eyes.” I guess….2/2

It’s just a function of camera lens, angle, and chairs, I know—but it looks as though the father-son ‘Bible study’ takes place in the cockpit of a plane.

The third paragraph calls to mind that CO of long ago, confronted by a dogmatist who asserted every WORD of the Bible was literally true—asking him if he had his hip boots ready for strolling through that promised land “flowing with milk and honey.”

“There is a river the streams of which make the city of God rejoice…”Ps 46:4

Also the healing & deepening waters of Ezekiel bringing life to the Dead Sea.

And the deepening river waters of Revelation 22:1-2, emanating from the throne, bringing life to everything on the banks.

And Jesus—source of “living waters” …An oft-used illustration….2/2

The #publictalk begins with quotes from Sagan’s A Pale Blue Dot. It is so eloquent that—Yes! Our library has a copy—I will check it out.…Voyager 1, just before leaving the solar system, snapped a pic of what was left behind—just a ‘pale blue dot’ not even a pixel. 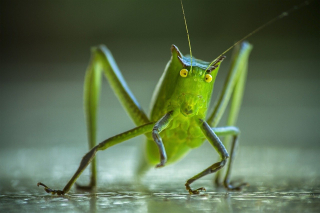 Much taken with a Bristol U “that devotes its time to investigation of biological science.” ‘Invisible qualities clearly seen from the world’s creation onward,’ he develops the thought.

Speaker points out that the ‘inexcusable’ of Rom 1:20 derives from a word that was a legal term for when a person is unable to present any evidence in his defense. I didn’t know that: ‘invisible qualities ..clearly seen…perceived by the things made…so that they are inexcusable’

#watchtowerstudy Newly Married Couples​—Build Your Life Around Serving Jehovah“Jehovah is my strength . . . In him my heart trusts.”​—PS. 28:7.SONG 131 “What God Has Yoked Together”

Para 4: Money, in-laws and children the most frequent source of marital conflicts, one bro observes from some book he read somewhere or other.

Para 9. A look at how Isaiah and wife (the prophetess) set fine example as a couple in worshipping God. All well and good, as long as you stay away from naming your kid Mahershalalhashbaz.’  Poor kid.

(with one notable exception, it turns out)

Para 12: Turns out we know a couple roughly in the position of Russell & Elizabeth in Micronesia. Chased out of the country by a government turned unstable, they say the most common question they are asked is, What did you do with your stuff? They keep their footprint light….1/2

When locals offered to sell their remaining stuff, they related the thought, ‘Yeah, right—I’m going to ask you, who have nothing, to sell our stuff and send me the dough! Sell or use it yourself in the event we don’t come back.’…2/2

“I apologize, friends, I’m not doing very well with the pictures today,” the #Watchtower conductor says. Pur Lower his pay!

An aside on a certain one’s unyielding untechsavviness. Stop it Tommy Stop it! Take another sip of your coffee offscreen and keep your mouth shut!

Para 14: ‘He chose wisely.’ [Peter, of his decision to accompany Jesus]. Why do I think of that Indiana Jones movie with the same statement from which a former co-worker said she first learned that God’s name is Jehovah?

Para 16: “Whose advice can young couples seek when assessing their goals in life?” the question says.…‘Tom Harley,’ my wife does an aside—I think a reference to how she imagines I don’t shut up. (crazy woman)

Tags: All in the Family, Carl Sagan, Indiana Jones