Zeph 2:3– seek Jehovah….probably you will be concealed, he has proven he can save, trapped against Pharoeah’s army, destroyed at Red Sea, not a once saved-always saved kind of thing. A person’s faith and endurance matter.

Mt Everest, a dangerous place, 200 climbers are died, their corpses are markers, people of God’s mountain invite others, not intimidating, this mountains symbol of people ascending mountain of pure worship, equips with knowledge, fear replaced with love, global brotherhood at peace with each other’

#watchtowerstudy: ‘What Leviticus Teaches Us About How to Treat Others’   Theme verse: “You must love your fellow man as yourself.”​—LEV. 19:18   “What a bunch of nice lessons” to be found in Lev 19, the conductor impromptu says.

Para 5: that pic of the sign language interpreter—the bro who is one of those tells of how the deaf have their own language & culture of which they are very proud, and if you lead off with ‘God is going to fix you’ you have just insulted them.

Para 7 about dishonest business practices. One sis whose son worked in concrete said often the stuff would be watered down—creating possible havoc many years away. Another sis updates ‘dishonest’ to include bait-and-switch ads.

Para 8  Ha! The sis whose late husband was a boat-canvas maker told of how some guy argued with him at great length to work a cash deal so as to avoid sales tax. “How do I know you are not the state inspector come to check on me?’ the bro said, whereupon he shut up & paid up.

Para 13 On grudges (You must not … hold a grudge against … your people, and you must love your fellow man as yourself. I am Jehovah—Lev 19:18)   I like how the words of Joseph are quoted (Genesis 50) when he did not hold one toward his brothers: “Am I in the place of God?”

Para 16: “If a foreigner resides with you in your land, you must not mistreat him. The foreigner who resides with you should become to you like a native among you; and you must love him as yourself, for you were foreign residents in the land of Egypt. I am Jehovah your God.”

Why did I not know that Hannah had 5 children after Samuel? #midweekmeeting “Jehovah turned his attention to Hanʹnah, so that she could conceive; and she gave birth to three more sons and two daughters. And the boy Samuel continued growing up before Jehovah.” (2:21) #midweekmeeting

Whatever became of those hoodlum kids of Penninah? one bro wants to know.

The counsel point “practical value made clear” is essentially ‘what’s in it for me?’ says the chairman.

The Iraqi man at the assembly said Babylon is the site of a festival each year, with music and food. Also that there is the slogan everyone knows: 'Babylon will rise again.'  Not going to happen, says Isaiah 13:19-20 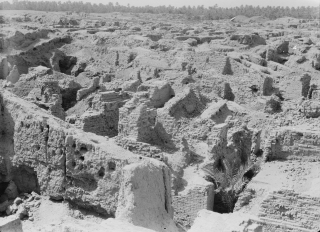