Things That Drive You Crazy About the Faith—and How to View Them: 2nd Preface

This will be a multi-part series. See Preface.

On all the important questions topics Jehovah’s Witnesses are spot on. In these present days, when atheists are perfectly content with a few decades of life followed by eternal non-existence, even holding fast to God is a significant win. But besides holding to God, they get it straight on who he is. They carted off that trinity doctrine that paints him unknowable 100 years ago, about the same time they discarded the hellfire doctrine that paints him cruel, someone you would not want to know. Within his lifetime people called C.T. Russell “the man who turned the hose on hell and put out the fire.” 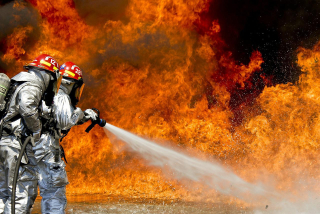 Not to mention how they explain why God permits evil and suffering, and tell what he’s going to do about it. They preach the good news of the kingdom. They tell about the resurrection. They heed what God says on how to live, and to the extent they do, their “peace is just like a river.” And their “righteousness?” Tell me about it. (Isaiah 48:18) Like the circuit overseer said, we are all “one big, happy, united, somewhat dysfunctional family.” All is bliss.

And yet—and yet—there are a hundred aggravations. Basking in the big picture, you won’t notice them at first. But in time, they can be like that pebble in your shoe, driving you nuts with every step.

What is it with these aggravations? Some are because Witnesses hang out closely even with those with whom they don’t mesh. They don’t take the easy way out and put distance between themselves like Lot and Abraham. Some are because, should a respected Witnesses do dirt, it can seriously stumble a person because the congregation is the one place he/she didn’t expect to find any.

Yes! That’s the answer. Surely that accounts for it. Just smother your plate with agape love and you’re home free! And yet—and yet—there is one indefinable something . . . There is one—how can we define it? We can’t—it’s indefinable, unless, unless . . . what is it that’s so hard to put a finger on? I thunk and thunk and thunk about it and finally came up with the answer. Not me, really, but the Great Courses professors—college professors, every one of them. And I didn’t have to go to college to hear them. I found them free in the library and listen to them an hour each day walking the dog—which unfortunately died not long ago, but he lived to a ripe old dog age of 14, so I’m grateful for the time my wife and I had with him.

I'm really enjoying this so far. Looking forward to the series!