Public talk title: ‘Will YOu be a survivor of the last days?’ 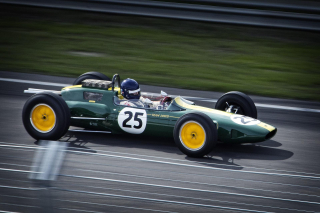 They asked Dale Earnheart, ‘when you’re out on the highway do you drive the speed limit?’ ‘ Absolutely. When I’m on the racetrack I’ve got a pretty good idea of what those other drivers will do. But on the highway—those drivers are crazy! Opening remarks of the #publictalk

Titus challenged his soldiers—how fast can you level trees and build fortifications, they did it in a matter of days, so that “when you see Jerusalem surrounded by encamped armies, then know that the desolating of her has drawn near” (Luke 21:20) …1/2

and flee at first opportunity, which first-century Christians did when troops unexpectedly withdrew. #publictalk…Rest of the Jews perceived things differently, and they perished as a result.

The #publictalk speaker concludes with how he (and three others in the audience) had a chance to ride in a race car, Michigan international speedway, multifaceted harness—the driver “spent more time getting me into the harness than going twice around the speedway.” I found one of those persons later. ‘Was it scary?’ I asked. She said it was not.

#watchtowerstudy: True Worship Will Add to Your Happiness.   Theme scripture: “You are worthy, Jehovah our God, to receive the glory and the honor and the power.”​

Para 7: ps 141: 2 “May my prayer be as incense prepared before you, My uplifted hands like the evening grain offering.” One sis spoke of her back yard, drawn to aromas, lilac, she thinks. The intoxicating smell of the Linden tree does it for me. #watchtowerstudy

Para 8: recall the part of praising God even under adversity. (Ps 34)’ God’s wonderful works, yes, but ‘life for me stinks.’ sometimes we just say it, sometimes it truly does, even so we can praise god.

One sis speaks of how she listens to pre meeting chit-chat “and sometimes it’s not foolishness.”

Para 10 “Similarly, we should not allow concerns about the imperfections of our singing voice to prevent us from singing praises to Jehovah.” Well, I do remember how voices petered out for that final note in ‘Make the truth your own’ (because it was so high) …1/2

except for one, who mangled it spectacularly off-key. They changed the note to help everyone out!…2/2

Para 13: Love that phrase from Deuteronomy 16:16 “none of them should appear before Jehovah empty-handed.”  You can at least bring a bag of potato chips to the congregation picnic.

Pare 14 one sis comments on how Jehovah feel indebted to us when we do something good to others, his humility is highlighted: “The one showing favor to the lowly is lending to Jehovah, And He will repay him for what he does.” Proverbs 19:17

There’s rings on the sides of that ark that you slip poles through to carry it! It’s not a piece of Tupperware.

That bro with the really flashy sports car? I told him we should install rings on the sides lest it has to be carted away someday. I don’t want to be struck dead by Ford.

So David became fearful of Jehovah on that day and said: “How can the Ark of Jehovah come to me?” (2 Samuel 6:8) How about carrying it right? You get the impression he’d neglected reading that Law in the undertone that they were supposed to.

“The Bible has not been good to me,” said on householder on the program, setting the stage for someone who will not lap up every word.

“Give me a second to find it. [searching for the Bible verse] My hand’s still shaking from talking about clowns.”  “Fear God and Give Him Glory” was the title of the talk. He had opened with things children may fear—dogs, heights, in his case clowns. Even Ronald McDonald worried him.

“When someone reported to me, ‘Here Saul is dead,’ [he had killed Saul himself] and he thought he was bringing me good news, I took hold of him and killed him in Zikʹlag. That was the messenger’s reward he received from me!” 2 Sam 4:10.   So much for the adage, ‘don’t kill the messenger.’

“David was dancing around before Jehovah with all his might…leaping and dancing around…” (2 Sam 6:14-16).   There was one bro in the previous congregation who used to throw himself so much into song, body language and all, that I used to compare him to David in that regard.

“If men wrote the Bible, why is it called the Word of God?” The hi-brow churches don’t call it this. It smacks too much of uneducated fundamentalism to them, as though embarrassing. But I like how this video deals with the topic.

William Tyndall died with his faith intact that the Bible was the Word of God.