Home Archives Profile Subscribe
Things That Drive You Crazy About the Faith—and How to View Them: Part 7
My Meeting Notes: Week of June 6, 2022 (with meanderings and musings)

Things that Drive You Crazy About the Faith—and How to View Them: Part 8 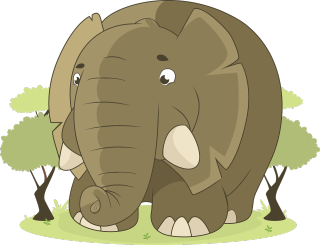 How to help your teenager? is the theme of a recent series of talks. Several pointers are offered, all valid and good. But the elephant in the room is ignored because revelation says nothing about it. Maybe that teen who needs help is over there on the anti-JW Internet forum where he is drinking up bile by the vatful directed against his faith. Yet discovering that he is will do nothing to help those trained in ‘knowledge through revelation.’ They don’t know what is there, and ‘revelation’ tells them not to find out. “This means war!” one brother says about the contest with apostates, and doesn’t touch on how the very first thing you do in war is seek detailed reconnaissance on the enemy—know what they are doing and saying—if only to effectively pop them one in the jaw.

It just makes for odd situations, the counsel to avoid at all costs apostate speech. It makes for illustrations such as, ‘would you drink even a little bit of poison?’ although you do exactly that when you take one of the old-style vaccines (not the new-style RNA ones), the kind that gives you just a little bit of the disease to stimulate your body to mount a defense against it. It creates an almost superstitious fear of apostates for the power they supposedly wield. It creates a convention part in which a decades-long record of faith goes up in smoke when the person begins reading material ‘critical of Jehovah’s organization.’ That can happen?

It can, but ‘knowledge via revelation’ of how disastrous is apostate speech can lead one to think it is the mere words that sink a person. An empirical approach would be to heed what psychologists say: You do well to avoid ‘toxic people,’ because over time they corrode your well-being. There is something about aggressive apostasy—directing massive energy against former friends—that all but screams ‘toxic people,’ like the psycho ex-divorce-mate who just cannot let go.

“If errors were what you watch, O Jah, Then who, O Jehovah, could stand?” says Psalm 130:3. It is ‘knowledge by revelation.’ In this case it dovetails perfectly with ‘knowledge by experience.’ When it comes to the enemies of anyone today, errors are all people watch. They also magnify, enhance, and sometime concoct—see it play out on the internet with any public figure. Nobody ‘can stand’ in the face of the constant onslaught.

The very first thing you do to attack the faith is ‘strike the shepherd,’ so that the ‘sheep will scatter.’ One need not even drop the pretense of loving God that way, but can pose as a ‘freedom fighter’ or some such role. It was arguably even true with Judas. He and God were tight—there were no problems there! But that fraudster claiming to be the messiah was not at all what Judas was expecting, and so he turned upon him.

Interestingly, the final straw with Judas appears to be Jesus’ words, “For you always have the poor with you, and you can do them good whenever you want to, but you will not always have me.” (Mark 14:7) ‘He’s selfish, he just thinks of himself!’ says Judas to himself, and off he goes to blow him in (vs 10). So it is today when the earthly organization heeds revelation at Galatians 6:10 to do good “especially toward those related to us in the faith,” rather than try to fix the world in general. Apostates spin that as selfish.

Recent statements that God and his son trusts the faithful and discreet slave prompts malcontents to pull their hair out trying to assert that he doesn’t. The statement comes from ‘knowledge through revelation.’ Not only does the Word say it of current responsible ones, called the faithful and discreet slave—it says it of ones in the first century. Peter was trusted—and then went weak-kneed at a critical moment. Furthermore, it was just as challenging looking into the future then as it is today. “The saying went out among the brothers that [John] would not die,” we’re told. (John 21:23) How wrong was that one? Maybe John thought it himself. Often the trick is not to sanitize the present. It is to desanitize the past. First century persons taking the lead betrayed abundant human foibles. God and Christ trusted them nonetheless.

Even the general revulsion over apostasy comes from ‘knowledge through revelation.’ “Taste and see that Jehovah is good,” says Psalm 34:8. They have tasted and seen he is bad—not a promising start for bridge building, even though I tried—a little. After several persons were put off by the imagery of ‘Vomidog’ in Tom Irregardless and Me, I softened the house apostate’s name to Vic Vomodog, even though the original is a play on scripture: “What the true proverb says has happened to them: “The dog has returned to its own vomit . . .” I’m glad for it. Vomodog suggests the original but doesn’t rub your nose in it. It is a quirky and quizzical name in it’s own right.

Alas, it is human nature that the best way to get someone to do something is to tell them they shouldn’t. It is especially true with young people. There’s danger in this, and danger in that, they’re told. There may be, but the spirt of young people is bold. They don’t want to hear it—not about things that others face routinely. The Lord’s chariot may be lighting quick, but so is that of the world. Overnight it moves persons to despise discipline. It’s particularly strong with the youth who—I mean, this goes back to the very origin of young people—delight in getting a rise out of their parents.

‘Obedience’ is fine. I like that stuff. But it might be more effective if coupled with empirical evidence of just what apostates are up to. Appeal to empirical ‘social scientists,’ David Bromley, for example, who “explained how individuals who elect to leave a chosen faith must then become critical of their religion in order to justify their departure…Others may ask, if the group is as transparently evil as he now contends, why did he espouse its cause in the first place? In the process of trying to explain his own seduction and to confirm the worst fears about the group, the apostate is likely to paint a caricature of the group that is shaped more by his current role as apostate than by his actual experience in the group.”

Point out what’s wrong with what they say. Not a lot, necessarily, because you do want to avoid hanging out with toxic people—the empirical psychologists will tell you that. But a little—so that it is not such a great forbidden mystery all but demanding the curious cat to investigate. Or read a book like (‘Oh, c’mon, Tommy. you are not going to be so crass as to plug your book here, say it ain’t so….it is!—‘TrueTom vs the Apostates.’) Notice the one star review. Read it and discern it is from one of ‘those people.’ The promo material alone makes clear it will be a good read. It needs other reviews to balance it out. But even unfavorable reviews put it on the radar screen, so they are not as bad as initially appears.

Read this book only if you have been stumbled at what apostates say. I don’t allow anyone else. Look, don’t try to bluff me on this. I’ll know.

"Furthermore, it was just as challenging looking into the future then as it is today. “The saying went out among the brothers that [John] would not die,” we’re told. (John 21:23) "

Great point! I love these kinds of examples. It really helps keep things in perspective. The last year or so, I've tried making a list of these kinds of things from the first century congregation. I also read Faith On the March by Macmillan. I mean this is a guy who gave assembly talks and announced he wouldn't be giving any more public talks because October 1914 was weeks away! And Russel was warning about drawing conclusions like that. Humble but imperfect men plowing ahead in the (unstoppable) preaching work, and look where it is now! You know there's a brief part in the book about vaccines too. A group of brothers imprisoned during WWII and the govt requiring vaccination or solitary confinement. Super interesting take on it from Macmillan who had to go talk to them about it.

Love that David Bromely quote too. I'm saving that.