The public talk, ‘Who is Qualified to Rule Mankind’ was presented simply, an appeal to the heart, in the spirit of “a workman with nothing to be ashamed of”—and indeed, the speaker was a tradesperson. It focused on 5 areas—economy, disaster relief, health care, ecology, protection. Bible verses read to highlight Jesus’ competence on all 5. Contrast the ‘health’ he delivered with the ‘health care’ that human governments promise and haphazardly deliver to a limited degree.

Mark is tersest and says it best. They felt an “unusual fear.” I mean, what kind of a guy causes others to do this?      “Now a great violent windstorm broke out, and the waves kept dashing into the boat, so that the boat was close to being swamped.  But he was in the stern, sleeping upon a pillow. So they woke him up and said to him: “Teacher, do you not care that we are about to perish?”  With that he roused himself and rebuked the wind and said to the sea: “Hush! Be quiet!” And the wind abated, and a great calm set in.  So he said to them: “Why are YOU fainthearted? Do YOU not yet have any faith?” But they felt an unusual fear, and they would say to one another: “Who really is this, because even the wind and the sea obey him?” (Mark 4:37-41)

WatchtowerStudy: Mothers​—Learn From the Example of Eunice. Theme scripture: “Do not forsake the instruction of your mother. [It is] an attractive wreath for your head and a fine ornament for your neck.”​—PROV. 1:8, 9.

“This study will be about someone who has been influential in all our lives,” the chairman says. If you weren’t paying attention, you’d think he meant the one he next introduces: the Watchotwer conductor

Para 1: Someone applies the ‘it takes a village’ quote to those observing Timothy’s baptism. Timothy’s father is not there. He would be recognizable in Greek clothing, says another.

The conductor refers to an unnamed sis who was baptized long ago in a local park pond. That algae-choked mess? It must have been long ago indeed. It was once a popular swimming area.

One sis on Zoom prefaces her comment, as she always does, with “Can you hear me?” “Sure can,” the conductor says, as he always does.

Para 7: If Jehovah’s people today have a reputation for fanaticism, it was the same way in the first centruy. Lots of gods were worshipped, none of them had any problem in sharing worship with others. It extended to certain humans worships. All had their own turfs, none interfered with that of others. Only Christians worshiped a “jealous” God who wanted “exclusive devotion,” not tolerating even a “inch of incense offered up to the emperor.

Para 9: One elder relates how he was a product of a single parent family, without male input, so he always appreciated bros taking an interest in him and now tries to do the same.

Para 10 “do not criticize the elders.” Not easy to follow because they have faults. Who doesn’t?. Ah, well. No need to pour molasses on everything, it is just a matter of what is your focus,

Para 11: Whoa. One bro speaks of sisters who would come to meeting with bruises or black eyes, because “when husbands were opposed, they were opposed.” Not so sure it would play out that way today. This would have been 1950s and 60s. They would not trash their husbands before the children though.

Para 14: “What do you learn from the examples of Leanne, Maria, and João?” says the question. Learned we don’t need them. We have similar examples in this circuit that some related.

Like the one who never attended a single meeting growing up because dad forbid it. Mom continually studied with him though. Following dad’s instruction, he took a scholarship to an Ivy League school, afterwards a job on Wall Street. “What am I doing here?” he said after a year, and then, having fulfilled dad’s wishes, he quit the job, hunted up a certain bro in the territory to study with, & today serves at Bethel.

Sigh….the watchtower reader lays great stress on the phrases he agrees with that aren’t necessarily the main point of the paragraph.

Para 18: another mention of ‘it takes a village to raise a child.’ That’s a popular saying.

ANOTHER instance in which an underling traps David with his own words! First Nathan, now this slick woman from Tekoa, hoodwiinking him to make up with Absalom. (2 Samuel 14:2).  It is as though his subjects continually fool him with knock knock jokes.

“When [Absalom] shaved his head—he had to shave it at the end of every year because it was so heavy for him—the hair of his head weighed 200 shekels.” 2 Sam 14:26

This is not the same problem for me as it once was. In fact, not a problem at all. 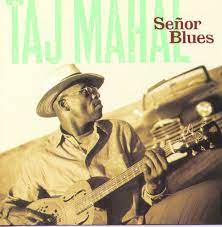 Ha! Dedicated to the person who responded to a certain overly interested party, ‘1 Thessalonians 4:11’ and that person said he didn’t know that verse, and was advised to look it up—after which the modest fellow said, ‘You’re a pretty good teacher.’  (not every lyric fits)

For the longest time my daughter wondered where her Tupperware was going. Turned out her husband was giving his lunches to panhandlers he encountered

The guy at the beer garden waved by my wife when she reached for her wallet to prove her age. ‘We’re from New York’ I said. ‘They’ll proof you if you’re the Mummy.’

With a single exception all Bible mentions of hell stem from one of three original Gr or Heb words. Find the meaning of those words and you’ve found the meaning of hell. Two of the (Sheol, hades) simply mean the ‘place of the dead.’ ….1/2

The other (Gehenna) was an incinerator dump outside Jerusalem walls where every type of rubbish was cast, sometimes even those deemed too wicked to merit a resurrection. None of the three to be literally feared…..2/2

An early Witness with much traction was known within his lifetime as the man who ‘turned the hose on hell and put out the fire.’…3/3